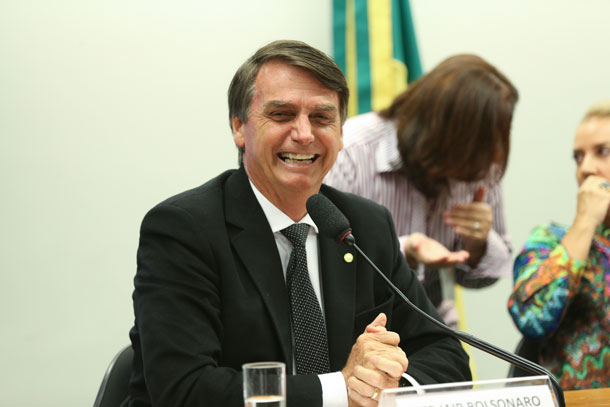 The Brazilian people have chosen Jair Bolsonaro, a conservative candidate, as their next president. President-Elect Bolsonaro supports more development in the Amazon for mining and agribusiness interests and seeks to reduce indigenous peoples' rights, all at the expense of rainforest protections. Gustavo Faleiros, a former Knight International Journalism Fellow and the founder of InfoAmazonia, spoke with host Steve Curwood about the outlook for the world's largest rainforest.

CURWOOD: The Brazilian people have chosen Jair Bolsonaro from the right as their next president. He defeated Fernando Haddad of the left leaning Worker’s Party, long embroiled in corruption scandals. And President-elect Bolsonaro himself is controversial. During the campaign he made it clear he puts agribusiness, hydro power and mining in the Amazon forest ahead of conservation and many of the rights of indigenous peoples. The Amazon is the world’s largest rainforest, and Brazil’s carbon emissions rank 5th in the world, mostly due to deforestation. During the campaign he suggested he would withdraw Brazil from the 2015 Paris Agreement, although recently he dialed that back. Joining us now is Gustavo Faleiros. He's a former Knight International Journalism Fellow and the founder of InfoAmazonia, a digital news platform that monitors the Amazon with satellite data. He joins us from São Paulo. Welcome to Living on Earth, Gustavo!

CURWOOD: So, what's the view there of how closely he is to mining and agribusiness interest there?

FALEIROS: Well, two things that he said in the very beginning of the campaign, the future of Brazil, with the mining of some rare minerals in the Amazon region. So, he said that we need new partnerships to explore the Amazon region. And as for the agribusiness sector, they openly declared their vote on Bolsonaro. And one of his main proposals is actually to them, an organization which is called the landless movement. And this landless movement has been active for the best 30 years, invading some unproductive farms. So, he's saying that this is not, will be not allowed anymore and actually calling them terrorists. So, there is a clear alignment with the agribusiness sector for defending of the property and to facilitate some of their pledges in terms of getting quicker approval of best sides and quicker approval of the first station permits. 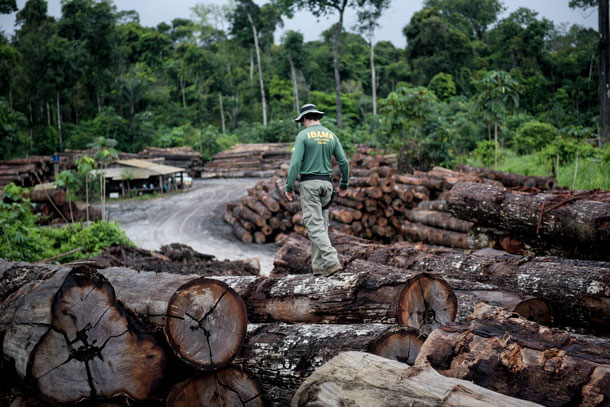 Many worry that illegal mining and logging will increase in Brazil’s Amazon region with the election of Jair Bolsonaro. He has said that he wants to combine Ibama, the ministry responsible for enforcing environmental regulations, with the business-focused agriculture ministry. Above, an Ibama worker walks atop seized illegal timber from the indigenous territory of Pirititi in the state of Roraima. (Photo: Ibama, Flickr, CC BY-SA 2.0)

FALEIROS: I think it will continue to go up. That’s based on some analysis that I read. It started in 2012, after the change on the forest code. A law that was very important in Brazil was made giving the sign to producers that it was okay to cut down trees because at some point, the government would pardon them. So, what I see happening right now is a very similar thing because Bolsonaro has made, as one of his first appoints, that he wants to stop chasing producers, that's more or less how he said it. He said, well, this IBAMA, as the environmental agency is called here, is hindering production. So, we're going to take them out. They won't chase producers anymore. So, what I see, is if he is weakening this environmental agency, we won't have enforcement. We won't have no one to curb deforestation or illegality, and so I see deforestation going up.

CURWOOD: Talk to me about agribusiness in Brazil. Just what are the main industries there? And how would you rate their political influence as of today?

FALEIROS: Well, the main industries here are meat and soybeans. So, we actually compete a lot with the US for the Chinese market and other markets to sell these agro-commodities. And there is a huge range of producers, you have very advanced technological, whole production of soybeans and large scale and big properties. 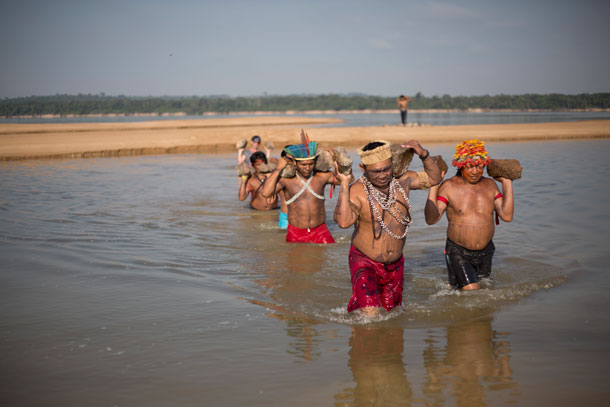 Brazil is the deadliest country in the world for environment defenders due to land conflicts, according to Global Witness. Above, members of the Munduruku people stage a protest against the Tapajós Hydroelectric complex which if completed, is expected to contribute great losses in indigenous and preserved land. (Photo: Greenpeace Brazil, Wikimedia commons, CC 2.0)

And you also have more, especially in the meat industry, people not taking so much care of the environment. But what is true is that over the years, their political influence has been growing and growing in progress, to the point that we have now a base that we call the ruralistas, which is a group of congressman that lobbies for the sector. And then, they've been growing their influence, I would say, over the past decade, especially since 2012, and that, when they actually managed to change the forest code, what we say is like, they tasted the victory, and they realized that they could do much more, and they started putting much more controversial proposals such as mining indigenous land.

CURWOOD: So, what does he said about indigenous populations there?

FALEIROS: Well, he said in a recent speech that if he was elected, not even a centimeter would be given to indigenous people anymore. As you probably know, Brazil is now the number one country in terms of land violence, land conflicts. We have here, according to reports of Global Witness, the highest number of land defenders, environmental defenders killed each year. And also we did ourselves, at InfoAmazonia, a report showing 35 years of the killing of indigenous people. And the numbers were staggering. More than 1,000 indigenous people were killed in the past 35 years. So, it is an issue that is here, and it's getting worse. Because of these frontiers of deforestation, the actual land conflict is really present. So, we might see more violence in the rural areas of Brazil because of land conflicts or invasions to indigenous land.

CURWOOD: So, Gustavo, there are more than 200 million people in Brazil. President-elect Bolsonaro is just one person. Being that one person, what does his presidency mean about the future of the Amazon rainforest? 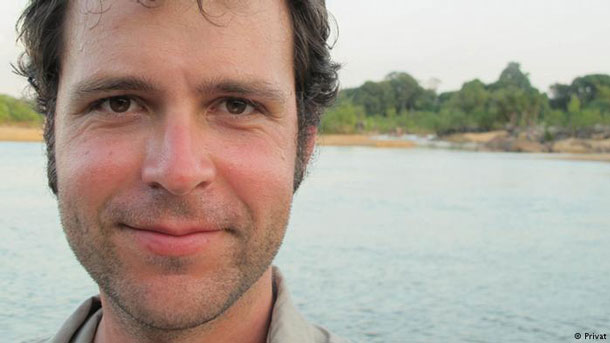 Gustavo Faleiros is a Brazilian journalist, a former Knight International Journalism Fellow, and the founder of InfoAmazonia, a digital news platform that uses satellite data to monitor information about the Amazon rainforest. (Photo: Courtesy of Gustavo Faleiros)

FALEIROS: I think it represents the view of a great part of the society that the Amazons should develop and have infrastructure and give better conditions for its inhabitants. But I don't think it represents the wish of a great number of Brazilians that this improvement of the region should happen with what we call sustainable development, with the care of the natural resources and assets and biodiversity and water that we have there. There is a need for development, of course, but it needs to be done in an inclusive way, taking into account the people who lived there for centuries, which are the indigenous people, and even taking into account the future of people who are not Brazilians, who depend on this tropical forest for having a stable climate.

CURWOOD: Gustavo Faleiros is a Brazilian journalist and a former Knight international journalism fellow. Thanks for taking the time with us today.

New York Times | “What Jair Bolsonaro’s victory could mean for the Amazon, and the planet”