No Refuge in Wildlife Refuges 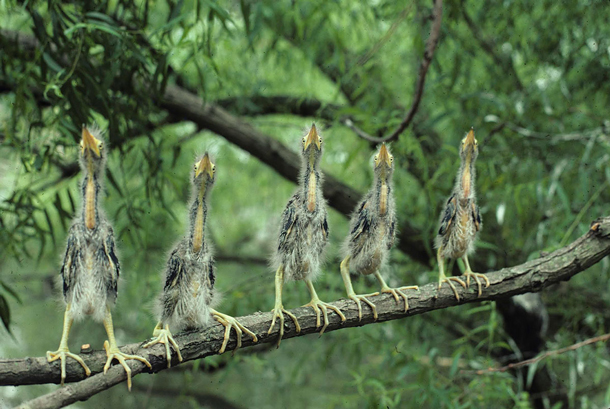 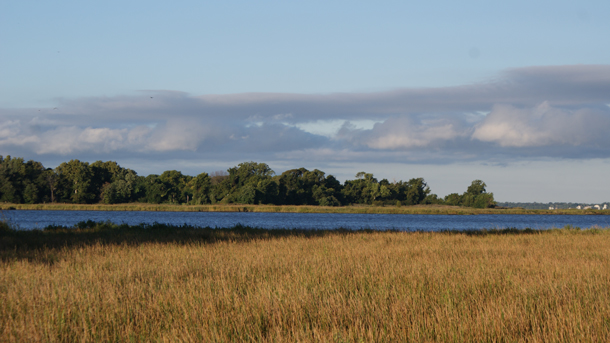 The Marshlands National Wildlife Refuge Complex in Maryland was doused with more than 16,000 pounds of pesticides in 2016. (Photo: U.S. Fish and Wildlife Service)
4 / 4 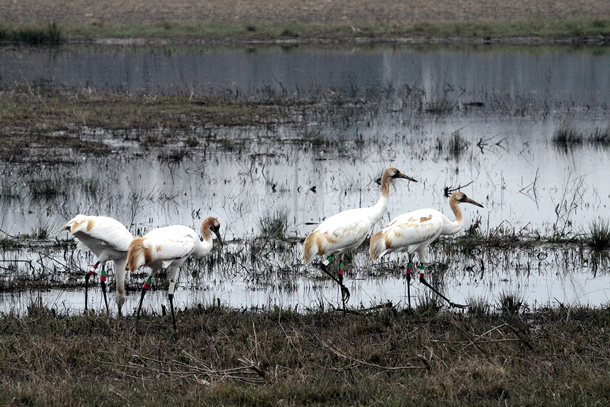 President Teddy Roosevelt established the first National Wildlife Refuge in 1903, inaugurating a system of protected areas to offer a safe haven for native and migrating species. But the Center for Biological Diversity now reports that roughly half a million pounds of chemical pesticides are sprayed yearly inside some of these protected areas to support commercial agriculture. Attorney Hannah Connor authored the report, No Refuge, and spoke with host Steve Curwood.

CURWOOD: Summer can be an excellent time to get outside and visit the vast American network of parks, monuments and wildlife refuges. The national parks and monuments often offer amenities from lodging and restaurants to guided tours and friendly docents, while the national wildlife refuges tend to be simpler affairs, with basic trails and waterways. And there are a lot of them: some 562 national wildlife refuges cover more than 150 million acres across the country, with some areas completely off limits to humans and other zones open for hunting and fishing.

A number of national wildlife refuges also allow commercial agriculture. And according to a study by the Center for Biological Diversity, migrating birds and other wildlife in those refuges are at risk from the yearly spraying of a half million pounds of pesticides. The Center’s Senior Attorney Hannah Connor wrote the report and joins us now. Welcome to Living on Earth Hannah!

CONNOR: Thank you, Steve. Pleasure to be here.

CURWOOD: If you could please tell me a bit about the National Wildlife Refuge System, why was it created and what's its purpose today?

CURWOOD: Now, you write in your report that a number of refuges actually allow commercial agriculture within the protected areas. Why and how many?

CONNOR: Agriculture is allowed on national wildlife refuges to provide forage and to provide habitat for species and often for birds. And agriculture can do that so they can grow things like corn and soy, things like sorgum, and those crops come along with a lot of pesticide use. Nearly half a million pounds of toxic pesticides were being dumped onto U.S. national wildlife refuges for agricultural purposes and every region except for region 7, which is Alaska, allows for it.

CURWOOD: Tell me a bit about the specific chemicals that are often used in the scale of their use on the national wildlife refuges?

CONNOR: These pesticides include some very problematic and really well known pesticides including dicamba, glyphosate, 2,4-D, and a pesticide known as paraquar dichloride. We saw that in 2016 more than 116,000 pounds of glphosate were applied to agricultural lands and national wildlife refuges, and glyphosate is incredibly well known and its harmful to monarch butterflies, something that is particularly problematic. It kills milkweed which monarchs depend on for their lives. It has caused such a problem in this swath of the midwest where monarchs live and where they migrate, the monarch populations have been plummeting, and 2,4-D which we saw applied in almost 16,000 pounds in 2016 on national wildlife refuges, that is volatile, it's highly prone to drift and it can impact non-target plants and reduce available resources for pollinators. It can impact freshwater fish. It's been known for exposures to amphibeans and all sorts of other wildlife that rely on these wildlife refuges.

CURWOOD: So, a migrating bird drops into one of these refuges, it's been sprayed, she gets a diet of toxic insects and pecking in the soil, toxic soil and having a drink of water – toxic water.

CURWOOD: Please tell me about a specific wildlife refuge where the use of pesticides is really a concern.

CURWOOD: If you say this wildlife refuge in Alabama has a fair amount of chemical usage, there are a lot of migrating birds that make that long journey across the Gulf of Mexico and are looking to touch down in – in Alabama.

CONNOR: There absolutely are, and for Wheeler, for example, it's actually well known as being a touchdown point for Whooping cranes, in particular, and because there has been so much development and so much loss of habitat within that corridor, it has become increasingly important to their migration and to their ability to get from point A to Point B. And if they can't hopefully use the Wheeler National Refuge, not only does the refuge lose its purpose, but it also can severely affect their health and their ability to take refuge and take a break from their flight patterns and to continue on.

CURWOOD: So, I'm just scratching my head here a bit because if wildlife refuges are meant to be a refuge for wildlife and spraying these chemicals, these pesticides inside them inherently kills wildlife, how is this even legal?

CONNOR: I think that's a fantastic question and I, too, am scratching my head about this. Universally we've seen that people are shocked with these facts and one of the reasons that it is so shocking is that especially combined with the missing of the refuge system which is for the conservation and protection of wildlife, the cause for concern is just so obvious. 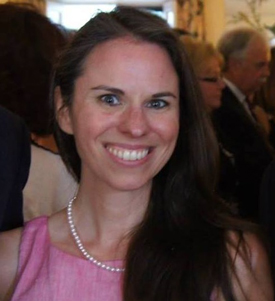 Hannah Connor is a senior attorney with the Center for Biological Diversity. (Photo: Hannah Connor)

CURWOOD: Back in 1903 I guess these refuges made sense for agriculture. If somebody was growing corn, the stuff that didn't make it into the bin at harvest the birds would pick over, it would be a place to eat but today what's left over apparently are these – these pesticides. How possible is it to change the system and only allow organic agriculture inside wildlife refuges which is the case back in 1903, it was organic agriculture?

CONNOR: I think it's very possible there are already refuges that practice organic and pesticide free agriculture, and least for my purpose, the concern here isn't with agriculture as a practice, the concern here is with the pesticide use. The Fish and Wildlife Service who manages these lands definitely has the authority and has the ability to make this change, they just have to have the will.

CURWOOD: Hannah Connor is a Senior Attorney with the Center for Biological Diversity and author of the study titled, "No refuge: How America's national wildlife refuges are needlessly sprayed with a half million pounds of pesticides each year." Hannah, thanks so much for taking the time with me today.

CONNORS: Anytime, thank you so much for having me.


Center for Biological Diversity :“No Refuge: How America’s national wildlife refuges are needlessly sprayed with nearly half a million pounds of pesticides each year”

The National Wildlife Refuge System is managed by the U.S. Fish and Wildlife Service