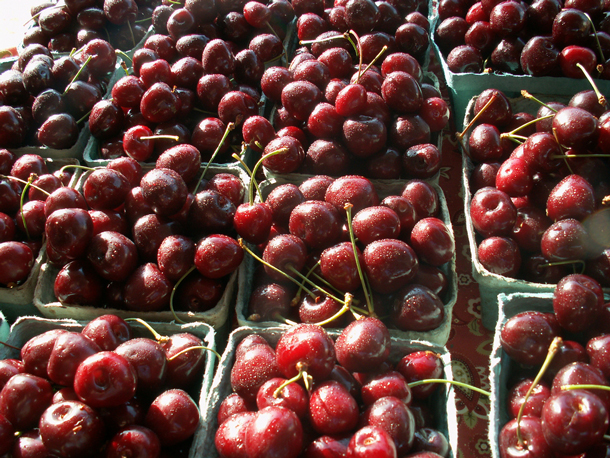 Michigan’s cherry crop is plagued by birds that like to eat the tasty fruits – so farmers are bringing in American Kestrels to help deter the cherry thieves. (Photo: rosefirerising, Flickr CC BY-NC-ND 2.0)

Host Steve Curwood checks in with Peter Dykstra to look Beyond the Headlines. This week they note the Norwegian oil company Statoil’s name change, cherry orchards that are using birds instead of pesticides, and from the history vaults, plaintiffs take a case against DDT to the US Supreme Court.

CURWOOD: It’s Living on Earth, I’m Steve Curwood. Let's take a look beyond the headlines with Peter Dykstra now. Peter’s with Environmental Health News, that’s ehn.org and DailyClimate dot org, and he joins us from Atlanta, Georgia. Hey there Peter, we’re getting a bit tired of the snow here in New England, what’s going on with you?

DYKSTRA: The weather’s kind of nice down here, you ought to come down. We’re going to talk about some big, big re-branding. Statoil the Norwegian oil giant, they are the 27th biggest oil company in the world in terms of sales but they’re still pretty big and they’re huge in Norway. They’re about to change their name and get oil out of the name.

CURWOOD: Yeah, what are they going to call themselves?

DYKSTRA: The new name is Equinor. It’s one of those names you can’t quite figure out. Turns out the Nor at the end stands for Norway. The Equi, we’re not, I can’t figure out what that stands for.

Statoil’s branding has evolved over the past few years, from the pre-2009 blue-and-gold logo, to a pink logo, to its new name of Equinor. (Images: Wikimedia Commons)

DYKSTRA: Well, I’d love to get me a piece of the trillion dollars but Equinor is still going to stay in the oil business, but they want to make sure that their new name and their new branding reflects the fact that they’re not just an oil company. That they are into clean energy, natural gas and a whole lot of other things.

CURWOOD: Maybe electricity, I think half the cars there are electric. Hey, what else do you have for us today?

DYKSTRA: We are going to talk about a positive story that sounds new but it’s actually something that has its roots in the 19th century. There are cherry orchards in Northern Michigan that instead of using more pesticides are using a small falcon, the American kestrel, to protect the crop and make sure that other birds that are picking cherries off the cherry tree don’t get to do their work and have their meals.

CURWOOD: So, in other words, the falcons are eating those other birds?

DYKSTRA: They are, and it happens in other areas of the world too. In New Zealand there’s another species of falcon that’s used to protect crops. In some farms they are using owls to pick off rodents to protect crops. Even bluebirds to pick off insects and make sure that less pesticides are used in certain areas.

CURWOOD: So, how long has this been going on? 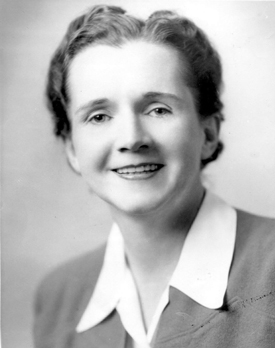 Rachel Carson’s seminal book, Silent Spring, was in part inspired by a Supreme Court case in which a group from Long Island sued the makers of DDT. (Photo: USFWS, Wikimedia Commons CC BY 2.0)

DYKSTRA: Well, you know what, back in the 19th century the United States Department of Agriculture in the 1880s had a Unit of Economic Ornithology. That’s what it sounds like – birds for money. And that group studied how to use birds and possibly other animals to protect crops. They lasted until the 1940s and the reason they went out of business and there was no more Unit of Economic Ornithology was that wonder chemicals like the pesticide DDT came along and we know what happened there.

CURWOOD: Uh oh, hey uh, what do you have for us from the history vaults this week?

DYKSTRA: Well, we are going to stick with DDT. March 28, 1960 the Supreme Court heard and appeal on a case brought by Long Islanders about DDT spraying to eliminate gypsy moths. The court threw the case out in spite of the fact that plaintiffs brought evidence that cow’s milk was contaminated with DDT residue, that the drift from DDT spraying was going into communities and potentially harming humans, that it was clearly harming birds.

CURWOOD: And what was the vote on the Supreme Court?

DYKSTRA: The dissenter, who wrote a dissenting opinion and cited all these things was somebody that we talked about recently, the closest thing to a tree hugging justice on the Supreme court we’ve ever had, William O. Douglas. Somebody else who followed the case closely and turned it into one of the greatest environmental books of all time was Rachel Carson. She used the evidence from the case and her own research as a government scientist, and two years later published the book Silent Spring, which eventually was the key to getting DDT banned in the United States two years later in 1972.

DYKSTRA: Ok, Steve. Thanks a lot, talk to you soon.

CURWOOD: And there’s more on these stories at our website, LOE dot org.


Reuters: “Statoil to rebrand as Equinor in green energy push”

Environmental Health News: “Protecting crops with predators instead of poisons”