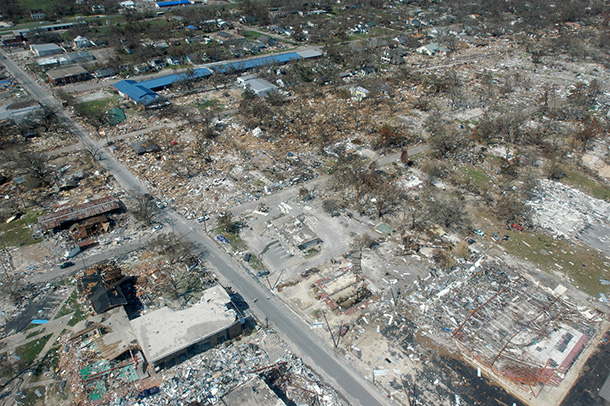 Twelve years have passed since Hurricane Katrina made landfall in 2005. The struggle to rebuild from that storm’s catastrophic damage suggests Houston’s road to recovery may also last more than a decade. (Photo: Tom, Wikimedia Commons CC BY-SA 3.0)

CURWOOD: Houston has been mostly sunny since Tropical Storm Harvey moved on, but the recovery has just barely begun, and it’s a monumental task. There’s no one better equipped to discuss how Texas communities will cope with the first category 4 storm to hit US shores, since Charley in 2004, than Robert Bullard. Robert Bullard is a Professor of Urban Planning and Environmental Policy at Texas Southern University in Houston, and a leading environmental justice scholar.

And, Bob, thanks for coming on the program. Welcome. 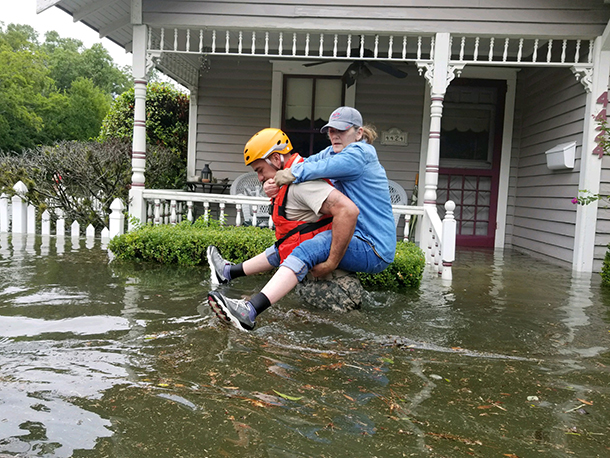 BULLARD: Thanks a lot for having me.

CURWOOD: So, how are you holding up in the wake of this massive storm?

BULLARD: Well, you know, I'm blessed. I'm fortunate. I did evacuate. We had a mandatory evacuation from Sugar Land, and actually I drove out. I didn't have to be carried out on boats, so I didn't have to walk out through the waters. But Harvey is no joke. This is some of the worst flooding and devastation that I've seen in my 40 years of working on issues around environment and justice in dealing with climate issues.

CURWOOD: So, which groups are experiencing the most hardship from the storm, and why, do you think?

BULLARD: Well, you , disasters and storms like this exacerbate inequality that existed pre-storm, before the storm. People say that the storm hits everybody the same, but everybody doesn't have the same resources to bounce back, and oftentimes governments exacerbate those disparities, when justice and fairness and equity are not somehow built into making communities bounce back and making them whole.

CURWOOD: Talk to me about the federal flood insurance program and how well or how poorly it does to protect those who are at social disadvantage.

BULLARD: Well, you know, the flood insurance program basically has run low. We have had disasters after disasters, and not enough money is put in that program, and many of our communities are located and built in areas that are very dangerous. And buying flood insurance and making sure that people have regular health insurance and other property insurance, those things are not equally distributed across our society, and so when disasters hit those individuals who may not have the resources to buy the kinds of protection that's needed, they'll basically be left behind.

So, the idea of insurance, it’s not enough just to have insurance. The fact that many of our communities, vulnerable communities, are placed at risk because of where they're located, because of redlining and because of residential segregation and land use policies that place certain populations in certain geographic locations. And in the south, you know, Jim Crow did it. Where you live oftentimes depended on not just your income but your race. Zip code is still the most potent factor that determines health and well-being, and all of zip codes are not created equal. So, having insurance is not necessarily provide protection, when it comes to equal protection. 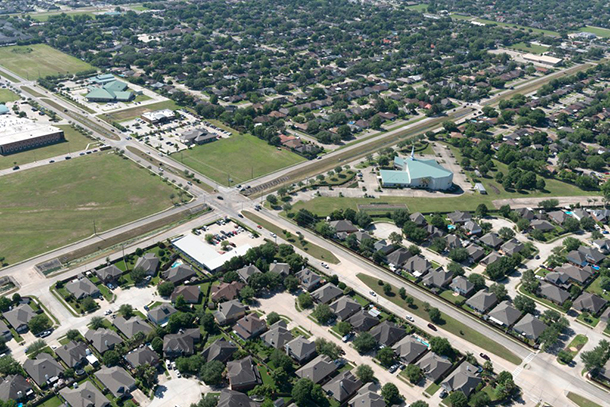 CURWOOD: Houston is a majority-minority city. The majority of people are some kind of color, largely Hispanic, but there’s a substantial black community, even an Asian community there. How is Houston doing, comparing to how New Orleans and the state of Louisiana dealt with Katrina?

BULLARD: Well, I think there are a number of similarities, in terms of the fact that New Orleans is a majority African-American city. Houston is a very diverse. It's one of the most racially diverse cities in the country. We're talking nearly three-quarters of the population are people of color. But, when you talk about diversity in terms of economics and political clout and decision-making, that diversity stops. And so, when we talk about making sure that when we get in the room and start talking about how we're going to rebuild our city and how we're going to revitalize and how we are going to plan for our future, that diversity somehow in many cases don't show up in the room, and that has to change, and I hope this tragedy will have a silver lining in that it will show that we have to do a better job in bringing, you know, that diversity into that decision-making process. And I think it's more than just "color-coordinating" a meeting. It has to be real, and it has to be authentic. 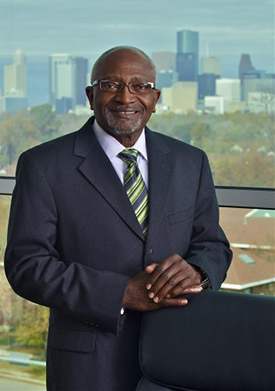 CURWOOD: Professor, about a third of the nation's oil and gas reserves are housed in southeast Texas. What are the risks of an accidental release of toxic substances from that petro chemical complex? There were a lot of problems in New Orleans after Katrina along those lines.

BULLARD: I think we have to be very cognizant of the fact that we're in a very risky and precarious situation, in terms of where our refineries and petrochemical plants are located. And looking at the flooding and looking at the accounts, the many voices that have been speaking for decades in those fence-line communities as to what it means to live so close to the dangerous facilities. We have to start planning for reducing those risks and threats and talk about, how do we do something that's different and something that's better.

CURWOOD: Given the reality of climate change and climate disruption and the likelihood of more and more events like this, to what extent are local state and federal officials factoring climate disruption into plans to rebuild Houston?

BULLARD: Well, I think the local officials are strongly moving in that direction in building a climate action plan and a clean energy plan. As you move up the food chain, when you get to the state level, there's less inclination to talk about climate change as something that's real, and as when you get to the federal level, it's even less likely that people are advocating for and wanting to build that. But locally I think there's a strong emphasis to build climate resilient communities and build climate resiliency and climate action into that frame for rebuilding and recovery.

CURWOOD: Robert Bullard is a distinguished Professor of Urban Planning and Environmental Policy at Texas Southern University. Thanks so much for taking the time with us today. Bob.

BULLARD: Thanks for having me.

Our August, 2016 interview with Prof. Bullard, “Flint and Environmental Racism”