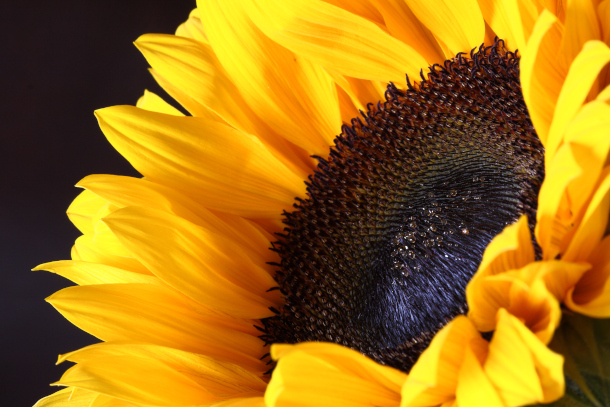 In some Native cultures four more crops join the “Three Sisters” of corn, beans, and squash. Host Bobby Bascomb talks with Amyrose Foll, the founder of the Virginia Free Farm and member of the Abenaki tribe, about the Native American tradition of the Seven Sisters crops and the importance of saving Native seeds.

So, I know you've heard of the three sisters that are traditionally part of many Native American gardens.

CURWOOD: That’s right corn, beans and squash. They are grown together for their mutual benefit and can make for a variety of tasty stews.

BASCOMB: Yes, I have to try some! But I learned recently that there are actually seven sisters in some native food cultures. You know me, I’m pretty big gardener and I wanted to learn more so I called up Amyrose Foll. She is Penobscot Abenaki and founder of the Virginia Free Farm in Virginia. Their mission is to provide free native seeds to gardeners and training for how to grow them. Hi there Amyrose!

FOLL: Hi, thank you for having me.

BASCOMB: So, some of our listeners may be familiar with the Native American tradition of the Three Sisters, that is planting corn, beans, and squash in the same plot of land to mutually benefit each of the plants. But you say that they're actually seven sisters in some native food traditions. What are they?

FOLL: Yeah, so we're so different across the continent. I mean, there's 600 different tribes. And so, we have a base of seven sisters that's skamon, which is corn, adebakwal, which is beans wassawa, which is squash, gizos kogan, which is sunflower Jerusalem artichokes, which actually don't even have a word. We call them Ojibwe potatoes. The Ojibwe are far west the Anishinaabe. They're west on the other side of the Mohawk. And sister ground cherry, which is kiiadebimen and odamo or wodam, which is tobacco.

BASCOMB: Our listeners are probably familiar with some of those, you know, like sunflowers and corn, and beans, but maybe haven't heard of ground cherries. They're sort of like a tomatillo, a little fruit inside of a papery husk. I think they taste like a cross between a tomato and a pineapple, but in the most delicious way you can imagine. Can you tell our listeners more about those?

FOLL: Yes, they do have this kind of amorphous taste. I don't know some people describe it as tomato crossed with strawberry. Some people describe it just as you said tomato crossed with pineapple. I love them. They're so good. You can use them pretty adaptively, for sweet and savory applications and cooking. They're so good. They're really great to add to hot sauce. 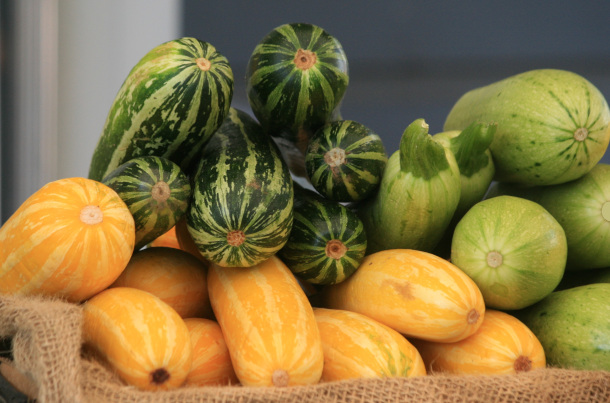 Squash, known as wassawa to the Abenaki people, is another one of the Seven Sisters and is quite common on a lot of Thanksgiving plates. (Photo: John Cudworth, Flickr, CC BY-NC 2.0)

BASCOMB: Well, you know, most of our listeners are going to be familiar with corn, of course, I mean we think of sweet corn that we get in the summertime, corn on the cob. But there are actually 1000s of varieties, from what I understand. Can you please tell us about one or two of your favorites, and why is corn so important in your native culture?

FOLL: So corn, it's I mean, it's so adaptable, there's so many different kinds. So we have calais and Tom Thumb, and we've got gaspe, and then there's other corns that are quick maturing as well. And when you think of like hemo white, it's adapted specifically to not really need to be watered. And then the rest of the country have longer ears, sometimes different colors, different sugar contents, for particular things, you can make parched corn, which I think your listeners probably would be more familiar with corn nuts that you can get at every convenience store across the country. They're actually a traditional Native food and they're parched for longevity. But then there is all sorts of different corns that you can make flour out of, popcorns, and they were basically specifically engineered naturally by farming mothers of the past many generations back. And they're kind of like a little gift to us today, especially that any of some of these varieties are very scarce.

BASCOMB: It's really a reminder to me of just how much diversity, how much richness there is in food and how much we've lost by not, you know, growing these things and having access to them, and, you know, by proxy, maybe losing a bit of our culture.

FOLL: Yeah, and it's sad, because when you think about native foods, really what do you think of besides corn? Probably not much. And it's surprising to really think about because 75% of the food that's in an average Americans diet on a day to day basis, are actually New World cultivars or crops. I mean, green beans that everyone has for Thanksgiving, they are native cultivars, there is no green beans, lima beans. They are native to the new world.

BASCOMB: Now, why do you suppose it's called the Seven Sisters? And not the seven brothers or the seven cousins? Why do these plants have a femininity associated with them?

FOLL: Well, there's actually two answers to that question. So they do take care of you. In the springtime, there's a saying the earth is pregnant, so we must tread lightly. And then as it progresses into summer, and things are more vigorous, the garden matures, and then in the fall when the garden is ready to be harvested, it's like a grandmother that cares for you and nourishes you and provides everything you need from the seeds for next year to the sustenance that your body needs in the present time and in the moment. And also farming was traditionally done by women, the women were in charge of making sure that all of the food was grown properly harvested and distributed throughout the families.

BASCOMB: Now a big part of your work is to advocate for saving seeds as a way to preserve native cultures. Can you tell us more about that, please? What is that relationship? 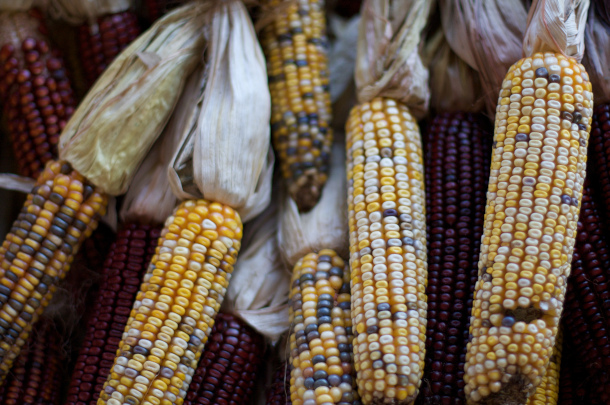 FOLL: The seed is power when you think about it and distill it to the most basic idea. If you control your food source, you're a lot harder to manipulate and influence when you're healthy and well fed and your mind is clear. And you know, food was actually used as a means of extermination and a weapon of war against my ancestors. And it was fairly effective. But food was used as a manipulator and a means by which to control people. So when I advocate for seed sovereignty and food sovereignty, not just for Native people, but for all people in my community, because if we work together, and we have a method to control our food source, because nobody can argue with the fact that a lot of the American offerings of food are not healthy, that we have on a regular basis, and that might be purposeful the food system was built the way it is for a reason. But if you can provide your own food and take care of yourself, you are less controllable, you're sovereign, you can feed yourself, you don't need anyone else to provide it for you. And that's important.

BASCOMB: And if we don't keep these native seeds, these rare seeds and grow them out as plants, how real is the possibility that some of these varieties could actually go extinct?

FOLL: Very real. Last year, I believe it was one of only two growers in North America for Abenaki rose corn, and this year, I think I was the only US grower of Penobscot pumpkins. A lot of these are so scarce that even if you Google them, you'll be hard pressed to find much information on them. One of the ones that I grew this year was Winnebago corn. It's Winnebago spotted corn, and it's so scarce, even tiny boutique seed companies don't offer that in their catalogs.

BASCOMB: You know, the country seems so divided right now in so many different ways. But you know, Thanksgiving and this, this season of the harvest always feels like a time that people can come together. Everybody can agree on food, right? Everybody can agree what's good, what tastes good, you know? How do you see these native seeds and native plants as a potential way of unifying people? If at all?

FOLL: Yeah, food culture is the great unifier. It bridges cultural gaps, I guess you could say. I mean, okay, so when I think of culture, I always think of food. I think of Italian food, or Thai food or Ethiopian food. And I think food can be a great unifier, especially when you're trying something new. I mean, when you're sitting around your Thanksgiving table, you're basically eating the continent. The green bean casserole, the turkey, the potatoes, the pumpkin pie. And it's funny, because not a lot of that is seen as native food anymore. It's just kind of generic American food. And when you think about Thanksgiving in particular, it was a manufactured holiday after the Civil War to bring two sides of a divided country together. So I think that there's a lesson to be learned from that, you know, and if we can just set our differences aside and sit down around a good meal and enjoy it and savor it. There's huge power in sharing food with someone. I mean, the first thing I do and everybody when it comes over, especially if they're new guests, or I haven't met them before, or they're brought by a friend of mine over is trying to feed them. Maybe I'm turning into my grandmother, but I think that's great. It disarms you. It makes you feel welcome and comfortable. I think that that's a beautiful thing.

BASCOMB: I do too. I think you know, the way to anyone's heart really can be through food. Amyrose Foll is founder of the Virginia Free Farm in Kents Store, Virginia. Amyrose, thank you so much for sharing these stories about food with us today.

FOLL: Wliwni, thank you for having me.