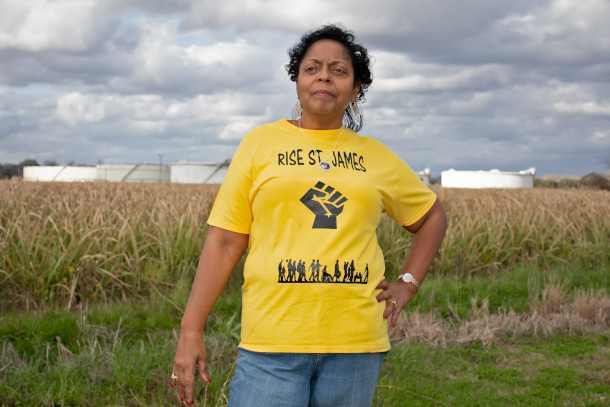 Environmental justice advocates are declaring victory after a Louisiana judge canceled permits for a plastic factory in the region known as ‘cancer alley’ for the high rate of the disease linked to emissions from some 150 petrochemical plants. RISE St. James director and founder Sharon Lavigne joins Host Bobby Bascomb to talk about what the ruling means for this majority black community in the parish and the pursuit of environmental justice.

CURWOOD: From PRX and the Jennifer and Ted Stanley studios at the University of Massachusetts Boston this is Living on Earth, I’m Steve Curwood.

A state court in Louisiana has canceled permits for a controversial plastic factory along the Mississippi River in a region known as Cancer Alley for the high rate of the disease linked to emissions from some 150 petrochemical plants. In her ruling against Formosa Plastic, Judge Trudy White cited questionable data and environmental racism. Her decision blocks construction unless the company wins an appeal. Sharon Lavigne lives near the proposed factory in the predominantly black town of Welcome in Saint James Parish and organized the advocacy group Rise St. James to fight Formosa. We spoke with Sharon Lavigne when she won the 2021 Goldman Prize for her advocacy, and she joins us again now. Sharon, welcome back to Living on Earth!

LAVIGNE: It's good to be back. Thank you for having me.

BASCOMB: Now, first off, I have to say congratulations on this ruling that you've worked so so hard for.

LAVIGNE: Before I started this, I couldn't sleep because I kept wondering how I was going to beat them and how soon it was going to come. And when it came, I didn't expect it to come right in there. I thought it was, I thought it would have been like at the end of the year. But now since we won, it has to digest in your mind. It’s in your mind, but like still wondering if it's still if it's real. Even though I know it's real. But you know, in the back of your mind, you wonder, I mean, we claimed the victory. But Formosa and DEQ, they will challenge the judge's ruling. So we still have to wait to see how that's gonna go. But to me, we won.

BASCOMB: Well, that certainly is a step in the right direction. No doubt about that.

BASCOMB: Now I've read that the Formosa plant would have likely been the world's largest production facility for plastics, and it was supposed to be built about two miles or so from your home. Can you tell us please about the concerns you had with the plant that led you to dedicating yourself to fighting it? 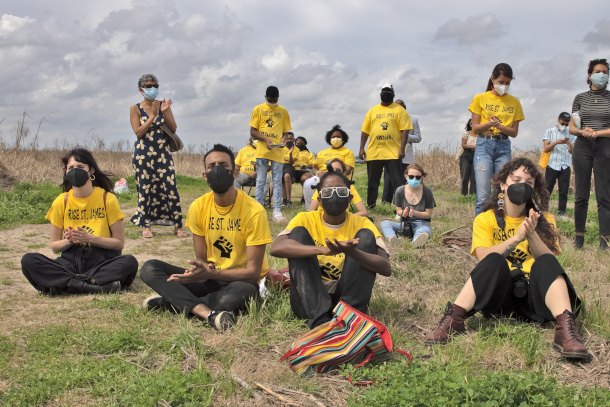 BASCOMB: The Formosa plant was supposed to be placed in an area commonly known as Cancer Alley. And as you just alluded to, you know, there's roughly 150 petrochemical plants located there, each potentially a source of pollution hazardous to human health. Some estimates I've read, say that the plant could have doubled or even tripled the cancer-causing pollution in the area near the facility. But the state of Louisiana looked at that, they looked at the Formosa application and said, "Sure, come on in." They said the plant was going to create jobs and not be harmful to human health. What's your reaction to the state's position?

LAVIGNE: I think that that position with Formosa, they were misleading the people. They misled the governor, they misled our parish council. And the industry is not just Formosa, they come in here and paint a beautiful picture of how they're going to be good neighbors and how they're going to have so many jobs. And they're not going to pollute. That's misconception. When you look at the track record of Formosa, Formosa was a serial offender in Texas, Formosa is not wanted in Taiwan, and that's their hometown. So Formosa is lying to the people.

BASCOMB: And the state they didn't see through that lie as you did.

LAVIGNE: No I guess not. I don't know why because they didn't look at it the way I looked at it. And the public officials, they are in the pockets of industry. So when industry want to come in here, they welcome them in here. They don't do their research to find out the side effects of these of these chemicals. They don't do the research. They just take the industry's words for it. But I did my research. When I found out I had autoimmune hepatitis that was dealing with my liver, and it said it came from industrial pollutants. And that's mean all those 12 industries that we have in St. James in the fifth district where I'm from. So 14 more would have finished me off and a whole lot of other people off.

BASCOMB: Well, it sounds like Judge Trudy White in this case, she did do her homework. She looked at the case and ruled that the state was arbitrary in saying that no harm would come to local residents. And they didn't prove their case. They didn't provide enough information to back up the claim that the Formosa plant wasn't going to add more to the burden of people living there. To what degree were you surprised by her ruling? I mean, this has been a real David and Goliath fight you've been a part of here.

LAVIGNE: Yes, it was a David and Goliath fight it was. I remember going to Judge Trudy White hearing three times. In the last time, she told both parties to make a proposal and to have it to her on May 13th. I was in a court when she said that. And it took her all of these months. So I know she went through everything with a fine-tooth comb. And I'm glad she did. Maybe somebody else would have just glanced at it and say, "Oh, Formosa can still come in." But she thought about the people, how do people lives would be destroyed. So I think that was a good thing. And I think more judges should be like that. Not just give them a rubber stamp and tell them go ahead on and build there and pollute the people. So I commend Judge Trudy White for that. 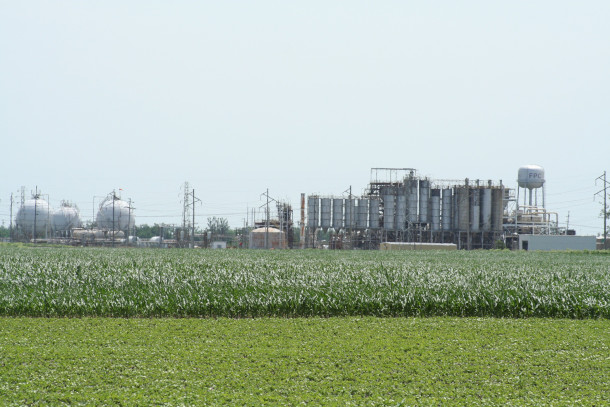 A photo taken in 2007 of the Formosa Plastics plant near Illiopolis, Illinois. An explosion occurred in the plant in April 2004, killing five workers and injuring two others. (Photo: Dual Freq, Wikimedia Commons, CC BY 3.0)

BASCOMB: And Formosa has said that they're planning to appeal Judge White's decision. What's next for them, do you think, and for you and the people you're working with there at RISE St. James?

LAVIGNE: We're gonna keep a close eye on it. And just trust in God, that is that Judge Trudy White decision, well, would not be be overturned. And that Formosa would leave and go somewhere, I don't know where, but not where people live. So we want to trust in God. We trust in God this far, and God is not going to leave us. He's not he's not going to forsake us. Because he told me to fight. So I know when he told me to fight, that meant no more is coming in. Because he wants people to live. You don't want people to die unnecessarily. That just like putting you in a gas chamber. When all those plants stop polluting. So God said, no more. So I feel confident that Judge Trudy White rulings will stand. I really do.

BASCOMB: Sharon, I have to ask you, what keeps you going? I mean, you've lost your home in a hurricane, you live in an area that's so unhealthy, you've had all these health problems. I mean, you won a Goldman Prize. It would be easy enough for you to just pack up and go somewhere else, you know, live a life of leisure, if you wanted to. What keeps you at this work?

LAVIGNE: There's no place like home. This is my home, this is where I want to be. I like the open space. I like the yard. I like we go outside on the front porch and just sit down, look at the red birds fly from one tree to the next. Look at your neighbors passing by waving at you. Some come by to sit down and talk to you. And I always like the open space. I don't like to live where my house and your house is two feet apart. Or three feet apart. I don't I don't want to live like that. I'm not used to that. So I like where I live. And I want to stay there. And I don't want any more industry to come in. And the ones that's in there, they better follow the guidelines, because we will be watching because too many people are dying. That's right. And these plants been there all those years. They've been polluting us all of those years. DEQ give some of them a pat on the back. So we are not going to allow that anymore. And I think DEQ need to be investigated. Because look all the plants they allowed to come in. Nobody challenged them. And I thank my parish council members, the ones that voted for Formosa, they need to be off the council. Because if you voted to kill me, that mean you don't care about me. And that means that we voted for you to be our parish council person. And you voted in favor of industry to destroy us. No, something is wrong with that. So RISE St. James have a lot of work to do. We have a whole lot of work to do. The work is just beginning because we are going deeper into all of this.

BASCOMB: Sharon Levine is director and founder of RISE St. James. Sharon, thank you so much for joining me today and for all of your hard work on this issue.

LAVIGNE: Thank you for having me. It was my pleasure.