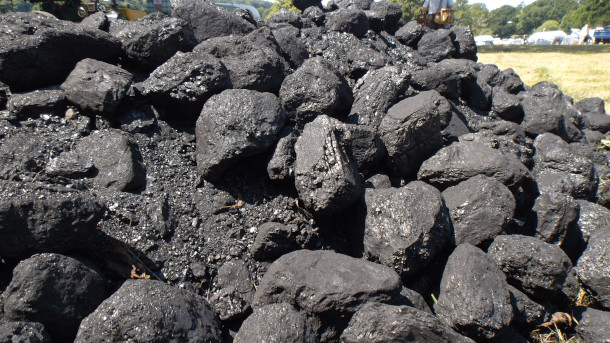 On this week's trip beyond the headlines, Environmental Health News editor Peter Dykstra and Host Steve Curwood inspect a provision in the Inflation Reduction Act that ensures permanent funding to help coal miners suffering from black lung. Then, the pair look at a legal loophole where European countries are burning wood pellets from logging in ancient forests and passing it off as "clean energy". Finally, the two look through the history books at the 35th anniversary of the Montreal Protocol, which addressed the dangerous ozone holes at Earth’s poles.

And with me now on the line from Atlanta is Peter Dykstra. Peter is an editor with Environmental Health News, that's ehn.org and dailyclimate.org. He goes over what's going on beyond the headlines for us from time to time. Hi there, Peter, what you got?

DYKSTRA: Well, hi, Steve, there's an item from our friends at Allegheny Front about the Inflation Reduction Act. Here's something that's good news for coal miners that's buried in the act: $149 million in a fund that's been temporary, now permanent and annual, to help with treatment of coal miners black lung disease. This is a particularly horrible disease, made more horrible by the fact that so many miners don't have any financial help in paying off the bills, because so many coal companies have gone bankrupt, gone out of business. And they're not there to fill any legal requirements to pay for diseases they cause.

CURWOOD: This feels like environmental justice to me, because the folks that went down in those coal mines for all those decades, to power our economy really made our modern society possible, and to just kick them to the curb with a horrible disease seems very unfair. This can't give them back their health, but at least make it possible for them to get treated. Peter, what else do you have for us?

DYKSTRA: Here's a really weird story. And in a segment called Beyond the Headlines, we don't normally go to a publication like The New York Times, but they published a remarkable investigation on how Europe is choking the rest of the world around on its carbon credits. Countries like Romania in Eastern Europe are cutting down what are supposed to be its protected ancient forests. They're turning the trees into sawdust, which are then made into woodchips, which are then shipped to other countries like France and Italy, to be burned in what is considered to be clean energy. It's just a complete wraparound. The countries in Eastern Europe, all legal, by the way, get to cut down their forests, and the countries in Western Europe, ship them cash and get to claim credit for helping solve the climate problem, which of course it doesn't.

Europe is sacrificing its ancient forest for wood biomass pellets.

P.S. As our friends at @DogwoodAlliance could tell you, forests and communities across the Southern U.S. are also being sacrificed for European wood biomass pellets. https://t.co/P4OzcLMmgD

CURWOOD: Yeah, I mean, it makes no sense. Because, Peter, when you cut down a tree, especially an old big one, not only are you releasing the carbon from that tree, if it's burned into the atmosphere, but you're taking that tree out of commission for taking the the carbon out of the atmosphere that it's done for presumably decades. It's like double trouble and not exactly smart.

DYKSTRA: Right. And even though these stories appeared in The New York Times, this information, and the real hard work, started with a nonprofit called the Environmental Investigation Agency. They're known over the years for a lot of revelatory work on fisheries and marine mammals. They've also been doing terrestrial work like this that are some very courageous and very important investigations.

CURWOOD: Well, glad to get that story, Peter. And let's take a look back now in history and tell me what you see.

DYKSTRA: September 16th, 1987. We're talking about the 35th anniversary of a landmark environmental treaty, a treaty that actually works to protect the environment, the Montreal Protocol, calling for the phase out of CFCs, chlorofluorocarbons and other chemicals that deplete the Earth's protective stratospheric ozone layer. Not only is it a major problem for human health, but it's a larger environmental problem. The ozone holes as they're known, show up at the North Pole with an even bigger one at the South Pole. And the good news out of all of this is that even though it took 25 years, it was 10 years ago on September 12th, 2012, that the World Meteorological Organization reported that the ozone hole over the Antarctic had finally gotten smaller over the past year, for the first time ever. It hasn't happened every year since. But the trend is clear. We're reversing the ozone damage. And a global treaty actually wins one for the environment that's so rare. 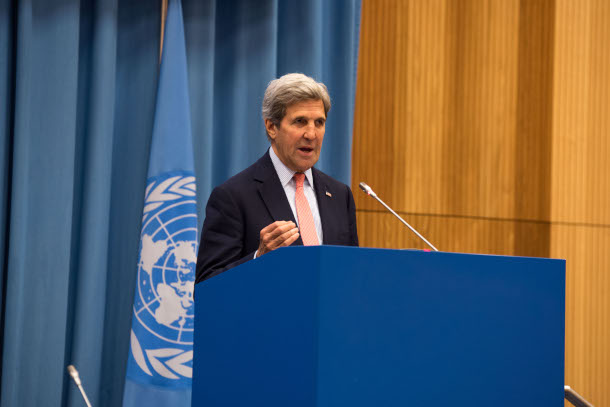 CURWOOD: Well and so important because it demonstrates that if we all work together around this planet, that we can help heal what we've done to it. Peter Dykstra is an editor with Environmental Health News, that's ehn.org and dailyclimate.org. We'll talk to you again real soon, Peter.

DYKSTRA: Okay, Steve, thanks a lot. We'll talk to you soon.

CURWOOD: And there's more on these stories on the Living on Earth webpage, that's loe.org.

Learn more about the Montreal Protocol