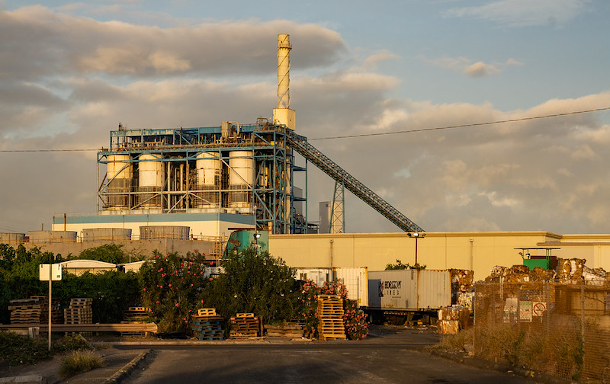 The AES Corporation power plant, shown above, was Hawaii’s last operating coal-fired power plant before it shut down on September 1, 2022. (Photo: Tony Webster, Flickr, CC BY 2.0)

This week, Environmental Health News Editor Peter Dykstra and Host Steve Curwood mark the end of coal-fired power in the 50th state (Hawaii) and discuss how 3D printed homes made from recycled bottles could ease both the affordable housing and the plastics recycling crises. In the history calendar, they look back to 1916 when the world’s first self-service grocery store opened and dramatically changed the way we shop.

And it's time now for a look beyond the headlines with Peter Dykstra. Peter's an editor with Environmental Health News, that's ehn.org and dailyclimate.org. And he's on the line out from Atlanta, Georgia. Hey there, Peter, how you been doing during this summer break?

DYKSTRA: Summer break was good, but now back to work, Steve, and that work is a dream trip to the 50th state, Hawaii. It's also the tenth state to go coal free, meaning Hawaii's one and only coal-burning power plant is no more. It had provided about a fifth of the juice on Oahu, the most populous of the Hawaiian Islands.

CURWOOD: So it's aloha, goodbye to coal and coal ash.

DYKSTRA: Yeah, but in the short run, it's not ideal, because in order to replace the coal power, they're going to have to rely on burning oil. But since both coal and oil would have to be shipped to the mid pacific, it's an ideal spot for homegrown clean energy.

CURWOOD: So maybe the Hawaiians are going to put up a little more solar or take advantage of the wind or even think about some tidal power, huh?

DYKSTRA: There's talk about doing that, including from the main utility, the one that just shut down the coal plant. And since Hawaiians would be vulnerable to so many of the effects of climate change -- coral bleaching, more intense storms, sea level rise -- there's got to be a little bit extra motivation in the 50th state.

CURWOOD: Sure sounds like it. Hey, what else do you have for us this week?

DYKSTRA: There's a plan that may be a win-win in the housing industry, and also a win for the failing recycled plastic industry: tiny homes, 3D printed from an average of 100,000 recovered recycled plastic bottles each. 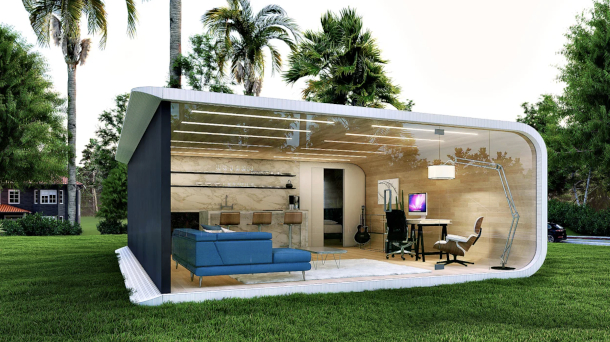 CURWOOD: Wow. So you can use a 3D printer to make a tiny home; just how tiny a tiny home are we talking about?

CURWOOD: Hmm. So, I mean, tiny homes, well started as a fad, I guess they're kind of here to stay. But what are the odds that this could really catch on, do you think?

DYKSTRA: I don't know that a tiny home is for me, I'm a little too claustrophobic. But if you're talking about a second life for that many plastic bottles, it's worth looking into anything from short term rentals to homeless housing.

CURWOOD: And I imagine you could, you know, put a couple of these together in a modular fashion to build something bigger, huh?

DYKSTRA: Well, sure, if you can build them small, you can hopefully build them bigger. I think we're a little ways away from having a recycled plastic bottle, 3D printed Mar-a-Lago, and if we ever do that, hopefully we'll have the wisdom to build it more than five feet above sea level.

CURWOOD: [LAUGHS] Alright, Peter, time now to go over to your vast store of history knowledge, and open up one of the volumes you see there and impart your knowledge.

DYKSTRA: We'll go from Hawaii to a quick stop in Mar-a-Lago to elsewhere in the south. September 6th, 1916 in Memphis, Tennessee, a man named Clarence Saunders opens the world's first self service grocery store, in which shoppers choose their purchases from well stocked shelves and place them in shopping carts, rather than relying on each individual item handed to them by a clerk.

CURWOOD: Hmm, well, that makes it easy to go and get a whole bunch of things in your shopping cart to kind of supersize your shopping trip. 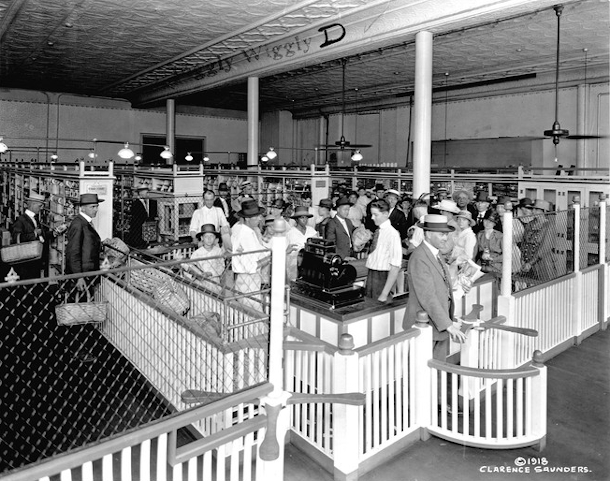 DYKSTRA: That's right. And we go from this one store in Memphis, the anchor of what became the Piggly Wiggly chain. And we go from that to supermarkets everywhere and Costcos and giant food warehouses and everything we have today, that helps encourage over packaging, over consumption, over weight and over-everything.

CURWOOD: And at some point, maybe we'll get over this over consumption and bring things back to scale where we have a chat with the merchant from whom we are buying things, each and every item.

DYKSTRA: We'll have to look that over. But to start it all, we thank the Piggly Wiggly chain. Throughout the American south there are hundreds of franchise stores. You won't see "The Pig" in places like Malibu or in Hahvahd Square, or anywhere but throughout the South.

DYKSTRA: Okay Steve, talk to you soon. Over and out.

CURWOOD: [CHUCKLES] And we have more on these stories on the Living on Earth webpage, that's loe dot org.