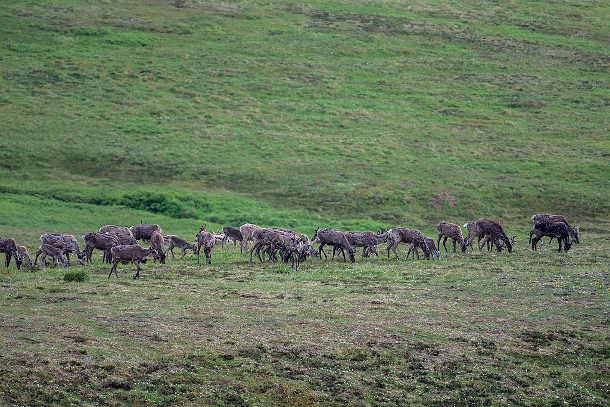 Environmental Health News editor Peter Dykstra and Host Bobby Bascomb note three oil companies have abandoned their plans to drill in the Arctic National Wildlife Refuge in Alaska despite rising oil prices. Also, Japan seeks to revolutionize renewable energy with a deep ocean current turbine prototype. And they commemorate the 50th anniversary of the EPA’s ban on the pesticide DDT, ten years after Rachel Carson’s exposé of the dangers of pesticides in her seminal book “Silent Spring.”

BASCOMB: Well, it's time for a trip now beyond the headlines with Peter Dykstra. Peter is an editor with Environmental Health News. That's EHN.org and dailyclimate.org. Hey there, Peter, what do you have for us this week?

DYKSTRA: Hi, Bobby. Here's an item from the strange world of the oil industry. As we see prices going up at the gas pump. We see the per barrel price around the world going up. But we have three firms, that are among the firms that have been pushing to drill in the Arctic National Wildlife Refuge, that have basically decided they want no more of the proposal.

BASCOMB: Hmm. Why are they pulling out now just as oil is more profitable?

DYKSTRA: Well, this was an oil lease scheduled and carried out in the final days of the Trump administration, which has long been opposed by not only conservation groups, but by the Native groups in the area that are concerned about the migration of caribou through ANWR, the Arctic National Wildlife Refuge.

BASCOMB: Well, what else do you have for us this week?

DYKSTRA: Here's another item on offshore energy of a different kind. There are tests said to be successful in a very, very strong current off the east coast of Japan. It could be a major source of energy for Japan. Japan is particularly interested in developing alternate sources of energy, they have no domestic oil. And obviously ever since the Fukushima catastrophe more than a decade ago, nuclear power is hardly in fashion there as well.

BASCOMB: I've read that they could actually get as much as 60% of their present generating capacity from energy from currents like these. It’s early on, but it seems quite promising for them.

DYKSTRA: Well, that's it, the potential has been there for a long time. Of course, potential can be a really dirty word in something as volatile as the energy industry. But let's see where it goes. Another source of clean energy could be something that really changes the field.

DYKSTRA: There's a major anniversary and a positive anniversary from 50 years ago, because on June 14, 1972, that brand new Agency, the EPA, the US Environmental Protection Agency, announced a ban on DDT to take effect at the end of 1972. It's a pesticide that had been identified as the cause of the decline of bird species from bald eagles and pelicans down to tiny hummingbirds.

BASCOMB: 1972, I believe that's a full decade after Rachel Carson, you know, alerted the world to the dangers of DDT in her just seminal book, "Silent Spring".


Rachel Carson published “Silent Spring” in 1962 to alert the American public to the dangers of pesticides, which prompted the banning of the pesticide DDT in 1972. (Photo: orionpozo, Flickr, CC BY 2.0)

BASCOMB: I mean, it took 10 years for the EPA to act on what she was alerting us to, but better late than never. I mean, we have bald eagles in Central Park right now chances are pretty solid that might not be the case had we not really addressed DDT back then.

DYKSTRA: Right, so many bird species either are in the middle of a comeback, or they've already made the comeback. Other eagle species, peregrine falcons, all the way down to smaller birds, whose eggshells were made thin by DDT. Once DDT was off the market, those species had a chance to recover. A major success story started by Rachel Carson and her work 60 years ago, and the EPA's follow up 50 years ago.

BASCOMB: All right. Well, thanks, Peter. Peter Dykstra is an editor with Environmental Health News. That's EHN.org and dailyclimate.org. We'll talk to you again real soon.

DYKSTRA: All right, Bobby, thanks a lot and we'll talk to you soon.

BASCOMB: And there's more on these stories on the Living on Earth website. That's LOE.org.

History.com: How Rachel Carson Alerted the World About the Dangers of DDT