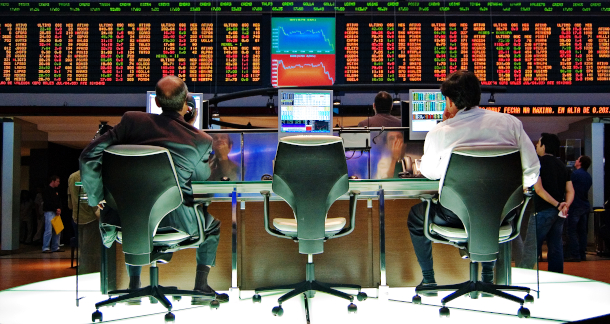 The SEC’s proposed plan would require public companies to disclose how they are going to deal with climate-related financial risks. (Photo: Rafael Matsunaga, Wikimedia Commons, CC BY 2.0)

Trillions of dollars of financial assets are at risk of losses related to the climate, so the Biden Administration is now moving to require public companies to disclose their climate risk. Host Steve Curwood talks to Jody Freeman, Harvard Law professor and former Obama White House official, about the proposed Securities and Exchange Commission mandate.

BASCOMB: From PRX and the Jennifer and Ted Stanley studios at the University of Massachusetts, Boston this is Living on Earth. I’m Bobby Bascomb

Trillions of dollars of financial assets are at risk of losses related to the climate, experts say, so the Biden Administration is now moving to require public companies to disclose their climate risk. The US Securities and Exchange Commission, known as the SEC, makes rules designed to protect investors and markets. And on March 21st the SEC started down the road to make a rule that will compel publicly traded companies to disclose both direct and indirect risks to their businesses from climate disruption, a rule that would likely go into effect in another year or two. It’s part of the growing trend of disclosure of ESG, that is the Environmental, Social, and Governance aspects of businesses, beyond simple profits and losses. Jody Freeman, a Harvard law professor and former Counselor for Energy and Climate Change in the Obama White House, joins us now to explain. Welcome to Living on Earth!

FREEMAN: Great to be with you, Steve.

CURWOOD: You know, studies show that companies that have more maturity with ESG seem to have more economic value for investors—they have a better performance. Why is that do you think?

FREEMAN: I sit on the board of an oil and gas company myself, and ESG has come roaring along in the last couple of years. There's been a lot of investor pressure on companies to talk more about how they approach environmental challenges and social challenges and how they address all kinds of governance issues. I think it makes companies better. Good governance means probably better performance.

CURWOOD: Now, how long has the Securities and Exchange Commission been asking about climate? And what has it asked?

FREEMAN: This is the first time that the SEC is requiring disclosure. I mean, this proposal would require public companies to disclose how they approach climate related financial risks, how they assess that risk, whether they think their physical infrastructure might be at risk, how they're thinking about the transition to cleaner energy. So it's a very significant thing for this to be mandatory now. And we will see how this unfolds because they've put it out for public comment. 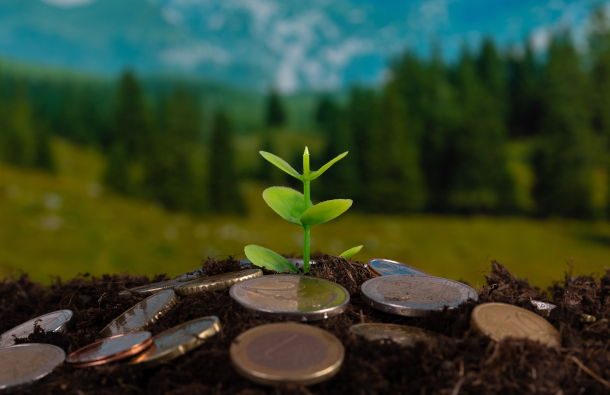 Climate change disrupts all aspects of business activity, notably supply chains, labor supply, and physical capital. Amid the uncertainty, investors are demanding more information from corporations about the risks that climate-change poses to their assets and investments. (Photo: Jernej Furman, Flickr, CC BY 2.0)

CURWOOD: Looking it over, I was surprised to see they're talking about three different things to be concerned about when it comes to the climate: a climate transition plan, and then looking at not only what a company has in terms of its own emissions, but what companies that they're working with, how their greenhouse gas emissions might be involved in all of this. So it's not only direct emissions, but indirect emissions.

FREEMAN: Yes, this is a very comprehensive proposal that wants disclosure around the risks that a company itself faces, but also its own greenhouse gas emissions, as you just mentioned. Now, it's not requiring necessarily disclosure of downstream emissions from say, the products they produce. Those are called scope three, and people aren't quite sure yet about how to account for those. But the proposal does say that if it's material to disclose those scope three emissions, that they should do so so it will provide some visibility to investors, about how the companies approach these climate risks, how they think about it, and how they decide whether the risks are material or not. What the SEC is doing is to say climate change touches every aspect of a business now, and you have to think about that going forward, because it poses risks to investors.

CURWOOD: Because we're talking about the investment world, typically, the Securities and Exchange Commission looks at the materiality of what's going on in terms of value to the shareholders. But if you have to think about environmental, social and governance issues, that's much broader than just the bottom line for shareholders—it's how a company might operate in the community. These go beyond these traditional categories of being in the best interest of shareholders.

FREEMAN: Well, I don't know about that. The SEC has been very careful here to link these disclosures to financial risks because of climate change. They're not trying to force companies to do something about climate change. You know, 60% of Fortune 500 companies have already got climate resolutions, and something like 17% of those have net zero goals, and 72% of investors don't believe them, they don't think they're gonna meet those goals. What that tells you is investors are clamoring for information. That's what this rule, I think, is seeking to do.

CURWOOD: So someone listening to us might say, Hey, I don't have a lot of personal wealth, I don't own common stock. Well, I'm not in that world. How relevant is this proposed rule to everyone in this society?

FREEMAN: Well, a lot of us have retirement accounts with asset managers. And they need to know. Even if you think of yourself as a small fish, you're probably going to care about the decisions that your asset managers are making. And it will help provide some visibility into how they approach these issues.

CURWOOD: Now, I understand that there may well be some pushback from elements of industry and commerce for this rule. What kind of pushback do you expect to see and what do you think their concerns are gonna be?

FREEMAN: Well, we've already seen some members of Congress who have reacted to say, you know, the Securities Exchange Commission is a financial regulator. It has no business being a climate regulator, that kind of thing. And I think what that foreshadows, Steve, is some legal challenge to come where we would expect petitioners to go into court and say, the SEC doesn't have the legal authority to do this, you should leave that to the Environmental Protection Agency. We're hearing all the usual complaints that come from regulatory proposals, you know, that they're not necessary, they're too expensive, the agency's overreaching. But I think this has been done very thoughtfully by the SEC. And it's trying to stick to its core mission here, which is under the law that it administers, protecting investors and protecting the integrity of markets.

CURWOOD: I can't resist asking you because you are a lawyer, given the conservative bent of the courts, one might think that they would perhaps be receptive to complaints that the SEC should not be dealing with climate, Congress should be passing the law rather than having regulators do it. 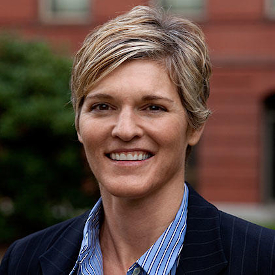 Jody Freeman is the Archibald Cox Professor of Law at Harvard Law School and the former Counselor for Energy and Climate Change at the Obama Whitehouse. (Photo: Courtesy of Jody Freeman)

FREEMAN: Yes, you're really on to something there. I think there is a feeling that the 6-3 conservative majority of the court is very skeptical about expansive agency regulation, and that the interest groups and businesses that want to challenge these rules are going to find a sympathetic audience in the court. We've already seen a couple of Supreme Court decisions recently, in which they've struck down agency rules for being in their view, an overstep beyond what Congress has authorized. But meanwhile, if the SEC can finish this rulemaking and get it out, the behavior of public companies will start to change. It will become more and more routine to disclose to investors your climate related risk, it will become embedded and expected from businesses. And I think that's really important, because right now, you have a lot of non-governmental organizations asking for this information in different formats. And so what this does is say, we are now the cop on the beat. We want to provide this information in a standard way to investors. I think that's an improvement. And I think it will further embed climate related risk planning into business practices as something that's standard and expected.

CURWOOD: Professor Freeman, you're very close to this sort of thing and your work, both at Harvard Law School and in the Obama White House. How important is this rulemaking do you think given our situation with the climate?

FREEMAN: You know, I think this rule is extremely important, because it's the very first time officially, a financial regulator in the United States has said climate change is relevant to business risk. It also goes to show that the federal government is taking a very expansive approach to climate now, not just thinking about how do we reduce greenhouse gas pollution, but thinking about the economic risk that comes with climate change. And I think it's very important for people to understand that we're moving into an era where we think of climate touching everything: touching financial risks, touching national security risk. And I think that's very helpful for progress on climate policy.

CURWOOD: Jody Freeman is a professor at Harvard Law School and a former Obama administration official. Thanks so much, Jody, for taking the time with us today.

FREEMAN: Thanks. Great to be with you.