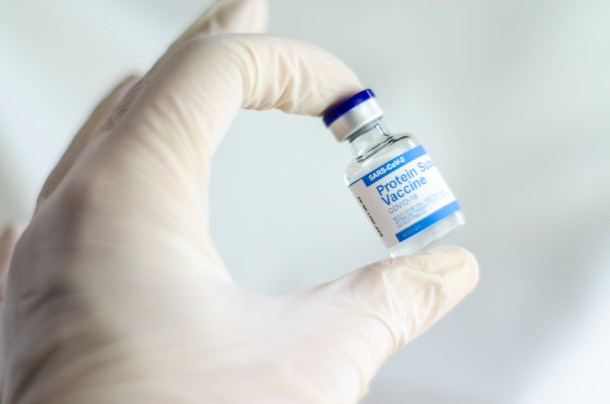 A new patent-free COVID vaccine called CORBEVAX has been developed to expand vaccine access to people in low- and middle-income countries. Peter Hotez, Co-Director of the Texas Children’s Hospital Center for Vaccine Development, spoke with Living on Earth's Aynsley O'Neill about how the low cost and easy production of this vaccine could help close the gap in vaccine equity worldwide.

In the face of the global Corona Virus pandemic no one is truly safe until everyone is safe. The possibility that the virus can mutate again in the body of an infected person has public health officials pushing to vaccinate everyone in the world but many developing countries are lagging far behind. The high cost of patented vaccines has been a barrier to many low- income countries but developers of the new patent-free CORBEVAX vaccine are hoping to change that. Peter Hotez co-directs the Texas Children’s Hospital Center for Vaccine Development, which created CORBEVAX. He spoke with Living on Earth’s Aynsley O’Neill.

O'NEILL: Now many of us have become familiar with mRNA vaccines during the pandemic. But CORBEVAX doesn't use that technology. Instead, it's a protein subunit vaccine. Could you tell us a little bit about that, please?

HOTEZ: That's right. It's actually an older technology that's been around for a couple of decades. It's the same one used to make similar to one used to make the recombinant hepatitis B vaccine that parents have been giving to their kids for several decades. So it's a very well trusted technology. It's actually a vegan vaccine, because it's made through microbial fermentation and yeast. So there's no animal cells, human cells, no animal protein, human protein. So people find that attractive as well. But the real advantage is that there are a number of low and middle income countries that make their own recombinant protein, hepatitis B vaccine and yeast. You know, Vietnam does Indonesia, India, Bangladesh, the list goes on, Brazil, Argentina, so that if you really want to make a vaccine for global health, we think this is the best technology because the infrastructure's already in place to mass produce it, and you could hit the ground running. So we've been using this technology for all of our vaccines just about for instance, we have a vaccine for schistosomiasis, which causes female genital Schistosomiasis in Sub Saharan Africa that's in clinical trials. They have a hookworm vaccine, a Chagas disease vaccine. And about 10 years ago, we started doing this for Coronavirus for SARS, and MERS. And then when we got the COVID-19 sequence, we were able to plug that in pretty quickly. And so what we've done now is developed the vaccine and now we've licensed it with no patents, no strings attached to for vaccine producers to Biological E in India to Bio Farma in Indonesia to Incepta in Bangladesh. And now ImmunityBio which is building infrastructure in Botswana. And now it's been released for emergency use in India, and we just got word that the vaccine will start going into arms and kids and a couple of days and 12 and up in India. So that's very exciting to, you know, be able to make that contribution to global health.

O'NEILL: That's incredible. I know that there's been a massive, massive vaccination gap. There's something like 77% of people in high end upper middle income countries that have received at least one dose of the vaccine, but only 10% in low income countries. What do you hope CORBEVAX will be able to accomplish in terms of closing that vaccination gap?

HOTEZ: Well, that's the whole idea. So to close that vaccine inequality gap. And you know, the frustrating thing for us. So when I say us, our Texas Children's Center is co-headed by myself and my science partner for the last 20 years, Maria Elena Bottazzi. And, we saw this coming because as good as the mRNA vaccines look like they're like any new technology is learning curve before you could scale it to the 9 billion doses required for low and middle income countries. So we knew there was going to be this inequality gap. And that's why we were a bit frustrated that we couldn't tap into any of the operation warp speed support, or any of the G7 support. So we had to raise the funding on our own, but we did it. And now this is moving forward. I also think it could have a role in closing the vaccine hesitancy gap because we're hearing from so many people that for whatever reason, and I got the Pfizer biotech mRNA vaccine, and I'm grateful for it. I think it's a good vaccine. But there's still a lot of people there who are writing to us and saying, you know, we want this vaccine because it's a technology that's been around and they trust it.

O'NEILL: So what about a protein subunit vaccine, like CORBEVAX makes it more accessible to produce as opposed to an mRNA vaccine?

HOTEZ: The mRNA vaccines because of the stability of the RNA has to be kept in a deep freeze. This is simple refrigeration, again, like the recombinant hepatitis B vaccine, and another great aspect of it: it's the least expensive of the COVID vaccine. So it's in India, it's costing the company about 145 rupees a dose, which is about $1.90 a dose so. You know, when you go through the list of things, simple refrigeration, no limit to the amount you could scale, lowest cost, widespread acceptance, vegan technology, you know, it checks a lot of boxes that you'd want for a global health vaccine. In fact in Indonesia now they're preparing a version that's going to be because it's vegan. They're making halal for Muslim majority countries, also, which is, you know, just going in so many of the world's low and middle income countries are members of the OIC, the Organization of Islamic Conference. So that's another advantage.

O'NEILL: Because you're using technology that's already been well established. How difficult was it to get funding for this vaccine? What was the budget for it?

HOTEZ: Well, you know, as I said, we've been making recombinant protein based vaccines and yeast for a couple of decades now and Coronavirus vaccines for 10 years. I think the frustration was with Operation warp speed in the US, it was all based on pharma companies and incentivizing pharma companies and new technologies and speed and innovation. And ours was a little slower in terms of the production, but not by much. But we knew we'd make up for that lost time, by the fact that it could be made locally. So first funding support, we had to rely heavily on private donors. We had some funding from the National Institutes of Health about $400,000. But most of it came through private philanthropies. And it wasn't a lot. I mean, in the big scheme, it wasn't the billions, but it was about around $8 million dollars that we were able to raise. And that was enough to get us going to transfer the technology, and the Production cell bank and helping the codevelopment for low and middle income countries, India, Indonesia, Botswana, and Bangladesh. And so we always pride ourselves on being the little engine that could, we’re a team of about 20-25 scientists, and they work day and night to do this. And under difficult circumstances, because remember, in the beginning of the pandemic, everything was in shutdown. And our scientists heroically went into the labs and continued to work, we got special permission to work. So I can't tell you what an extraordinary group of scientists that we have and feel so lucky to have them.

O'NEILL: What are you excited about next with the CORBEVAX vaccine? 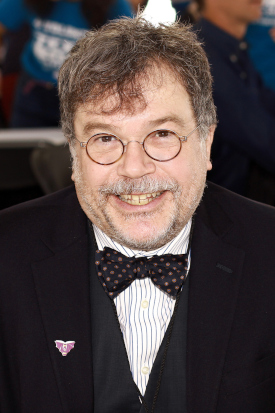 HOTEZ: We're excited now that this will be a pediatric vaccine, after all, our Texas Children's Hospital Center for vaccine developments, base of the Children's Hospital. And also we're not we're looking at this as a booster dose for other vaccines, because some of the protection afforded by some of the in the whole inactivated virus vaccines out of China is not as great as we'd like or, you know, some of the adenovirus vectored vaccines, or even the mRNA. So we think this will be a booster vaccine as well. So it covers a lot of ground. We're very much about vaccine diplomacy and building vaccine opportunities, because we think that's been the problem. All along the whole, it was kind of an upstream science policy failure thinking that only the multinational pharma companies could do this. And only they had the ability. And we saw the product of that, which is you got some interesting vaccines, but it never really filtered down in a big way to the LMICs the low and middle income countries. And so my feeling all along has been, you know, I have nothing against the multinational pharma companies, they do a lot of important work, but the ecosystem needs more balance to bring in the vaccine producers that call themselves the Developing Country Vaccine Manufacturers Network (DCVMN). And I think that will actually help not only with vaccine equity, getting the world vaccinated faster, and I also think it'll help with some of the rising vaccine hesitancy that we're seeing now not only in the US and Canada in Western Europe, but also now in LMIC's as well.

BASCOMB: Peter Hotez is co-director of the Texas Children’s Hospital Center for Vaccine Development. He spoke with Living on Earth’s Aynsley O’Neill.

Scientific American | "A COVID Vaccine for All"