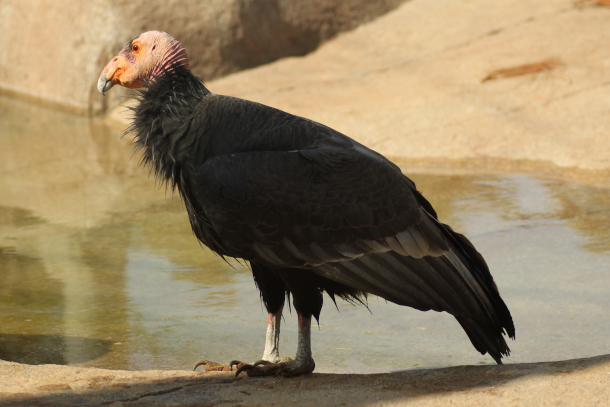 A California Condor at the San Diego Zoo, where the parthenogenesis was documented in the species for the first time. (Photo: Stacy Spensley, Wikimedia Commons, CC BY 2.0)

While asexual reproduction is common in some species of lizards and fish, it has only been seen a handful of times in birds. In a first documented case for the species, two California Condor chicks were discovered to have been born through asexual reproduction, reports Living on Earth's Gabriell Urton.

Coming up- In honor of Black History Month we meet agronomist George Washington Carver but first this note on emerging science from Gabriell Urton.

URTON: Researchers were stunned at the San Diego Zoo Wildlife Alliance when they discovered two of their California Condors had been produced from parthenogenesis, sometimes referred to as “Virgin Births”, a form of asexual reproduction.

Asexual reproduction is fairly common in lizards, and fish, and invertebrates like some bees and ants. However, this is the first-time parthenogenesis has ever been identified in condors. Condors are kept at the San Diego facility as part of a breeding program for the critically endangered birds.

The discovery came when genetic tests showed that two chicks did not have DNA from a father, only their mother’s DNA was present. The condors hatched in different years and had different mothers.

One of the male condors in this discovery died in 2003 at only 2 years old and the other died at eight years old in 2017. These findings were recently published in the Journal of Heredity. 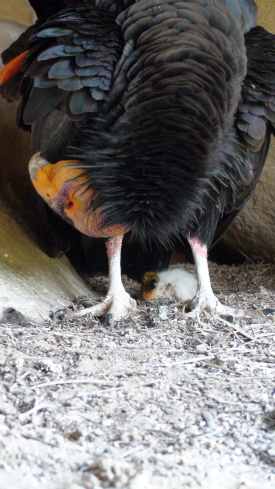 Although the birds did not reach sexual maturity and didn’t really thrive, dying fairly young, they made it years beyond what any other bird has been known to after a virgin birth.

Parthenogenesis has always been seen as a means of survival for animals that don’t have access to fertile males to reproduce. But the female condors in this case were both housed with male condors for the purposes of breeding.

Although this is an exciting discovery, it leaves scientists speculating how often parthenogenesis might occur in the wild.

And it’s troubling for a species with roughly 500 individuals left, that some are choosing to limit genetic diversity.

Though with so few individuals, a variety of reproductive strategies might be what’s needed.