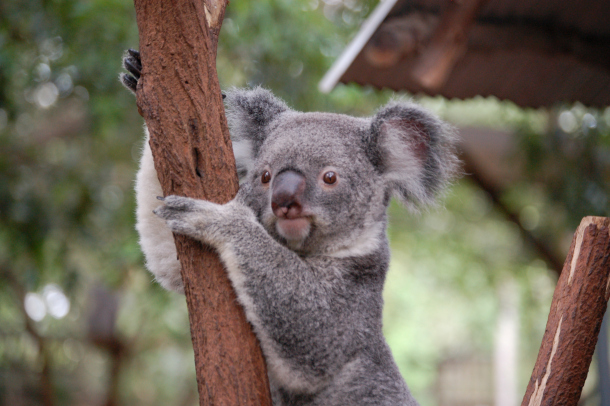 A Koala grips the sides of a eucalyptus tree. Fires and urban development projects have led to widespread destruction of eucalyptus, which koalas rely on for both food and shelter. (Source: Flyinglester, CC BY-NC 2.0)

Koalas are endangered. This iconic Australian species has suffered from habitat loss and wildfires. Host Steve Curwood and Peter Dykstra, an editor at Environmental Health News discuss Australia’s response. On a more optimistic note, one of America’s biggest utilities, Duke Energy, is pledging to quit coal by 2035 and become carbon neutral by 2050. And from the history books, DuPont is awarded a patent for nylon and begins integrating plastics into our lives and environment.

And on the line from Atlanta, Georgia is our favorite editor with Environmental Health News and DailyClimate.org. It's Peter Dykstra, and he's here to take us behind the headlines. Hi there. Peter, what do you got for us today?

DYKSTRA: Well, hi, Steve. And I should say first, that all of the EHN editors are my favorite editors, including my boss. But we'll start out with some big news from Australia. The government there has declared koalas to be endangered. This is primarily due to habitat loss and deforestation. They estimate that 30% are already lost, with extinction a possibility by as soon as the year 2050.

CURWOOD: No, no, no, these are such adorable creatures, you know, that little button nose and they kind of look like a teddy bear. But are they bears, Peter?

DYKSTRA: No, they're marsupials, and they do look adorable, but they would tear your nose off if you got a little too close on the huggy side. Marsupials like the koala, are most known to exist in Australia, but they do exist in other places. And even here in the US, where we have our own homegrown marsupial, the possum. Anytime any species is lost, it's a tragedy. Anytime any species is endangered it's a tragedy. We tend to pay more attention, right or wrong, when an emblematic, charismatic animal like the koala is endangered.

CURWOOD: But what went wrong? Why are they disappearing in Australia? Since it is so important to the identity of Australia, the government and the people will be taking care of them.

DYKSTRA: The government has put up millions of dollars in an effort to save them or actually to save their habitat. In eastern Australia, the most heavily populated part of the country along the coast is being lost, in some cases to suburbs. In a lot of cases to logging and deforestation. Some of the worst wildfires in Australia have happened in that same area. And everything is coming down where koalas live and unfortunately, are vanishing in much greater numbers than they can sustain.

CURWOOD: So sorry to hear that. Tell me you have some good news this week for us, Peter, please.

DYKSTRA: Ah, yeah, this is good news. If you like clean energy. One of the biggest utilities in the United States, Duke Energy, based in the Carolinas is pledging to quit coal, that's a lot of coal plants by 2035 and be carbon neutral by the year 2050. They say they've already cut 44% of what they emitted in carbon back in the year 2005. So in a sense, they're well underway. But it's an encouraging sign, if it's a promise that can be kept. 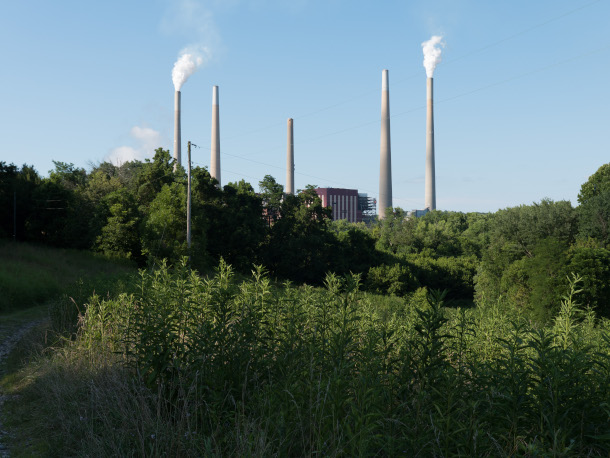 One of Duke Energy’s cliffside coal plants funnels emissions into the air. The power company says that it has already cut 44% of what it emitted in carbon since 2005. (Source: Rainforest Action Network, CC BY-NC 2.0)

CURWOOD: But how many coal fired power plants do they have, anyway, if that's what they're saying they're gonna do?

DYKSTRA: They're actually just shutting down a few. But one thing about the Duke Power power plants is that one of the biggest spills from a coal waste lagoon happened at a Duke plant several years ago. It poisoned parts of the Dan River. It's still being litigated and cleaned up today.

CURWOOD: Yeah, you don't want to be downstream from one of those coal fly ash impoundments. It's pretty toxic stuff.

DYKSTRA: It is. But what's not toxic, you don't want to have a wind spill or a solar spill because there's no such thing. Wind and solar are a big part of what Duke Energy sees as its future, and also converting its existing natural gas plants to what is now experimental, but they're looking toward hydrogen to be a source of public electricity in the future.

CURWOOD: Okay, Peter. Well, that is some good news. Let's take a look back in history and tell me what you see.

DYKSTRA: February 16, 1937. There was a chemist who worked for the DuPont Company named Wallace Hume Carruthers. He and DuPont were awarded a patent for nylon. It's a landmark event in the manufacture of synthetic products. And in a way, it's a herald to the oncoming of synthetics and the plastic industry in general. 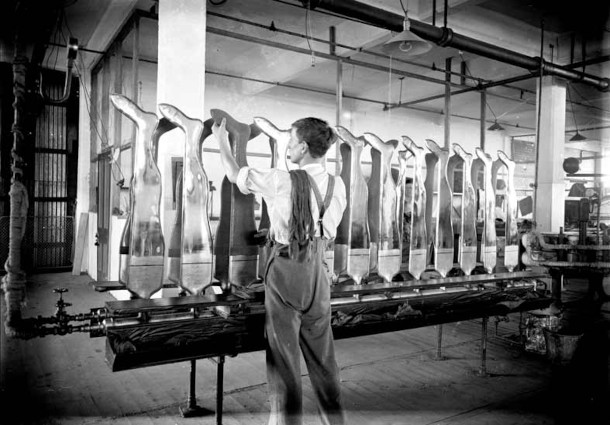 CURWOOD: When I hear the word nylon, I think of my mother and grandmother, the stockings they wore.

DYKSTRA: Yeah, and two years after that 1937 patent, nylon stockings went on sale first in a department store, and DuPont's hometown, Wilmington, Delaware. By the time World War Two came around, they had become a fad and a big deal. And also part of the war effort because nylon began to be used in the manufacture of parachutes and other military tools. And now we're dealing with them not as just a part of our lives, but a part of our environment.

CURWOOD: Yeah, indeed. Too bad because you know what, those nylon stockings democratized stockings for women because back in the day, you had to buy silk for a stocking. And not a lot of people could afford this.

DYKSTRA: No and not a lot of worms could afford to make the amount of silk that humans would want to buy .

DYKSTRA: Okay Steve, thanks a lot. Talk to you soon.

CURWOOD: And there's more on these stories on the Living on Earth website, that's loe.org.

Learn more about the nylon patent