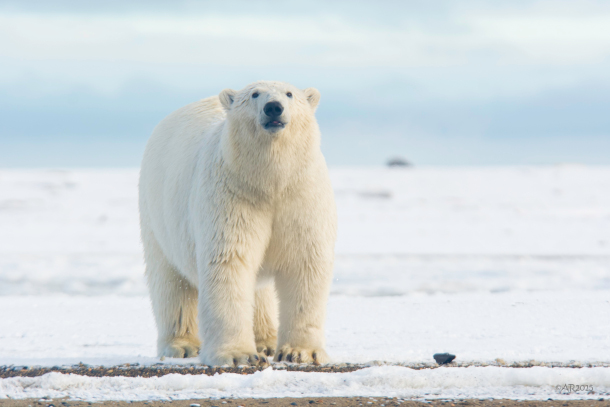 Polar bears are one of several Arctic species that would be threatened by oil and gas drilling exploration projects in the Strategic Petroleum Reserve near the Arctic National Wildlife Reserve. (Photo: Anita Ritenour, Flickr, CC BY 2.0)

This week, Environmental Health News Editor Peter Dykstra and Host Steve Curwood discuss an oil and gas project in a region adjacent to the Arctic National Wildlife Reserve that could threaten polar bears and the planet. Also, some good news for the planet as France bans many kinds of plastic packaging for fresh produce. And they take a look back in history to President Eisenhower’s 1955 proposal of the Interstate Highway System.

CURWOOD: It's Living on Earth. I'm Steve Curwood. And on the line now from Atlanta, Georgia for our customary look beyond the headlines is Peter Dykstra. Peter is an editor with environmental health news that’s ehn.org and dailyclimate.org. Hi there, Peter. Happy New Year!

DYKSTRA: Happy New Year, Steve. And we've got some news about polar bears, among other thing polar bears have become perhaps the enduring symbol of what climate change can do, is doing, to the Arctic. Just before Christmas, the Center for Biological Diversity announced a federal lawsuit against the Interior Department over a massive oil and gas exploration project within the Strategic Petroleum Reserve in the North Slope of Alaska.

CURWOOD: Well, that petroleum was right next to the Arctic National Wildlife Refuge, and is almost as big and has many of the species that are protected next door there. And currently, it's free from oil and gas development.

DYKSTRA: That's right, the Peregrin exploration program would be a five year, almost year-round oil and gas effort, to see whether there is extractable oil and gas in a portion of the reserve. The Trump administration okayed the exploration, Biden's Interior Department would have to okay, the permanent oil and gas drilling there. But if it happened, it's hard to see that there wouldn't be the same kind of sizable damage that we fought over in the Arctic National Wildlife drilling proposals for the last 40 years.

CURWOOD: Of course, one of the concerns even about exploration is that it involves building snow and ice roads and air strips in areas where the permafrost itself, if it's disturbed, could become a source of methane and other gases for climate disruption.

DYKSTRA: That's right, noise pollution from all of that industrial activity is going to add to the burden of an area that has so far been pristine.

CURWOOD: And of course, the big question is, do we really need all this oil at a time of the climate emergency so maybe this lawsuit to protect the polar bears is really designed to protect us.

DYKSTRA: There's a 60 day comment period on the potential filing of the suit. Once that comment period ends in a couple of months, keep you posted on what happens with the proposal to drill in the Strategic Petroleum Reserve.

CURWOOD: Okay, Peter, well, tell me what else do you have for us today?

DYKSTRA: A little good news. If you're concerned about plastic pollution in the world, after climate change, it's arguably the biggest worry for the environment and growing very quickly. But France has banned the use of plastics for in packaging, most fruit and vegetables. The ban came into effect the first of the year, under the new rules, everything from onions, carrots, tomatoes, potatoes, apples, pears, and about 30 other produce items can no longer be sold, wrapped in plastic. Instead, they should be wrapped at all in recyclable materials. 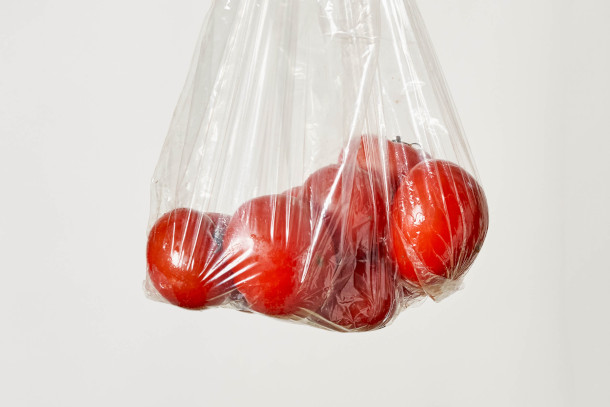 France has placed a ban on selling certain fruits and vegetables in plastic packaging as part of their process to phase out all single-use plastics by 2040. (Photo: Marco Verch Professional Photographer, Flickr, CC BY 2.0)

CURWOOD: Well, that'll be helpful because plastic pollution, as you say, is a major threat not just in the ocean, but to human health when it's used to wrap food because of chemicals that some food wrappings can contain.

DYKSTRA: That's right and foot in the door in France, so to speak, is hoped to be the first step for all of the EU nations to take in the effort to curb plastic pollution.

CURWOOD: Wouldn't it be nice that the United States thought the same way.

DYKSTRA: Wouldn't it be nice?

CURWOOD: Hey, Peter, take a look back in the history books. Tell me what you see.

DYKSTRA: Back in 1955, the first week of the year. And his State of the Union address President Eisenhower proposed the Interstate Highway System, which somewhat ironically, was based on what I saw in World War II, when Hitler guided the creation of the Autobahn system in Germany, not primarily seen as a way for Germans to zip across the country and leisure, but a way for German armaments and soldiers to zip across the country. In World War II, I’d wanted the same kind of mobility for the United States at a time when we were in the middle of the Cold War with Russia. 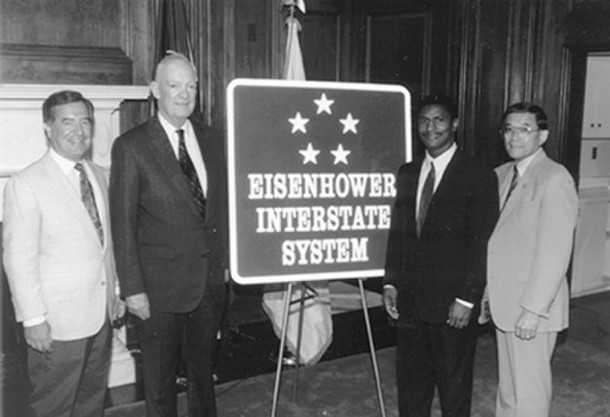 DYKSTRA: That's right and the interstate system, parts of it that are 65 years old or close to it are falling apart, which is a part of the infrastructure effort now underway in Washington.

CURWOOD: And there's more on these stories on the living on Earth website, that’s loe.org.