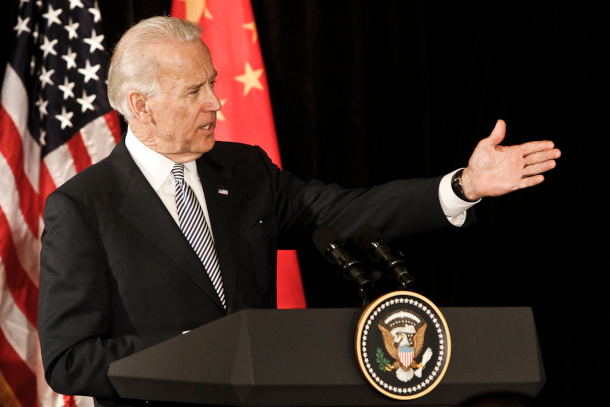 This week, Environmental Health News Editor Peter Dykstra joins Host Bobby Bascomb to talk about a potential “carbon bomb” in the form of a court-ordered oil and gas lease sale in the Gulf of Mexico, and an island in the Chesapeake Bay being doomed by rising sea levels. And in history: an anniversary of Alfred Nobel’s patent for dynamite.

BASCOMB: Well, it's time for a trip now beyond the headlines with Peter Dykstra. Peter's an editor with Environmental Health News. That's ehn.org and dailyclimate.org. Hey there Peter, what do you have for us this week?

DYKSTRA: Well, hi, Bobby. We're only days out from the Glasgow Climate Summit. Some people are happy with the results, some people very angry about what they see as the lack of results. And only a few days out there is going to be a US federal government carbon bomb in the form of an oil and gas lease sale in the Gulf of Mexico.

BASCOMB: Hmm. Well, I know that President Biden campaigned on, you know, a moratorium on drilling in federal land and waters. So this kind of flies in the face of that, but from what I understand, he really had no choice.

DYKSTRA: Yeah, environmentalists are still angry that such a firm promise was made, and that it depending on what happens in court won't be kept. This was a lease sale that was created by the Trump administration. The Biden administration through executive action stopped the lease sale. Now a federal judge in Louisiana, has said that the lease sale is back on.

BASCOMB: Well, that's sure to be in and out of the courts for quite some time, I think. We'll certainly keep an eye on it here on the show. What else do you have for us this week?

DYKSTRA: There's a beautiful island actually several beautiful islands in the Chesapeake Bay. A recent peer reviewed report in the journal Frontiers in Climate said that Tangier Island which is on the Virginia side of the bay is doomed even quicker. And it's something that's a combination of sea level rise, more storms, naturally occurring erosion, and land subsidence.

BASCOMB: Subsidence, meaning it's literally sinking into the sea into the Chesapeake in this case. So it's not just climate change. And of course, you know, Louisiana also has a very similar set of problems.

DYKSTRA: Yeah, Louisiana is the better known problem with land subsidence. It's so marshy to begin with that the land sinks even if there weren't any climate change impacts.

BASCOMB: So what can they do here? I mean, you can't just pick up a historical community like this and move in.

DYKSTRA: Well, there are already bulkheads up around Tangier to offer some protection. A form of robust protection, according to the journal study would cost as much as 350 million to protect the shoreline of Tangier Island even more, there are other unprotected islands like Smith Island on the Maryland side that have no bulkheads, they are still doomed even sooner.

BASCOMB: Hmm. Well, what do you have for us from the history books this week?

DYKSTRA: November 25, 1867, Alfred Nobel is granted a US patent number 78,317, for dynamite, and Nobel is perpetually conflicted by the lethal uses of his invention and warfare and elsewhere. And by the huge fortune he amassed in the late 19th century. He had 90 ammunition and explosive factories, and he took the bulk of his estate and endowed the Nobel prizes. So people like Dr. Martin Luther King, Jr. and even Al Gore, who both won or shared the Nobel Peace Prize can actually owe the existence of that prize to dynamite. 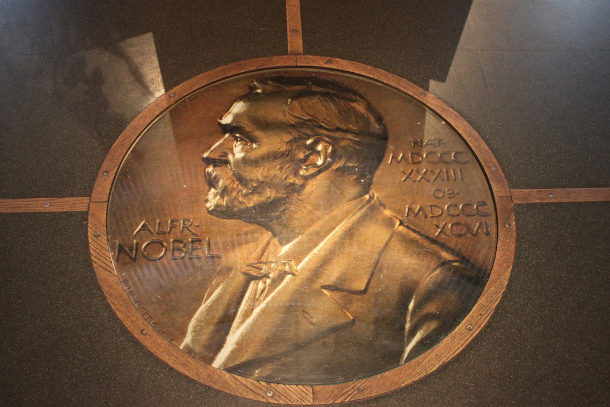 BASCOMB: I think a lot of our listeners probably would be surprised to hear that the Nobel Peace Prize has its roots in dynamite and, you know, weapons of war.

DYKSTRA: Yeah, that's about it. And of course, Nobel honors some great works of literature and science fields, ranging from economics to chemistry and physics all came into existence because of the success of dynamite.

DYKSTRA: All right, Bobby, thanks a lot. Talk to you soon.

BASCOMB: And there's more on these stories on the Living on Earth website. That's loe.org.

Learn more about Tangier Island and its rising sea levels