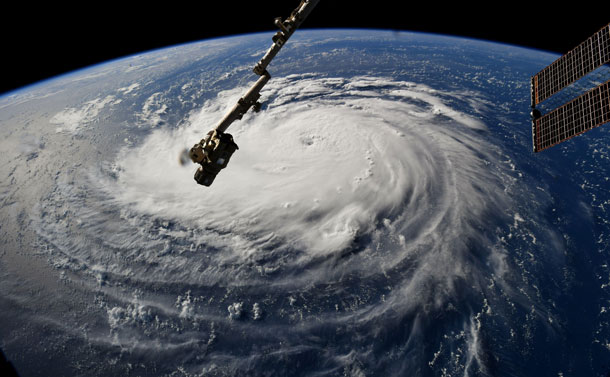 A study published in the journal Science finds that our earth’s oceans are warming 40 percent faster than the IPCC reported in 2013. This means rising sea levels, stronger, wetter and larger storms, and more intense droughts. Kevin Trenberth, Distinguished Senior Scientist with the National Center for Atmospheric Research in Boulder, CO, talks with Living on Earth Host Steve Curwood about these new scientific findings.

BASCOMB: From PRX and the Jennifer and Ted Stanley studios at the University of Massachusetts Boston, this is Living on Earth. I’m Bobby Bascomb.

Research published in Science Magazine finds that the world’s oceans are getting warmer at a much faster rate than the Intergovernmental Panel on Climate Change reported back in 2013. The latest research used updated scientific instrumentation and modeling to recalibrate past data. The oceans play a dominant role in the Earth’s weather in a number of ways, from brewing storms to creating El Niños. Warmer oceans lead to bigger, longer and stronger storms and it will take centuries for the seas to cool down even if emissions of heat-trapping gases such as carbon dioxide and methane are eventually reduced. Kevin Trenberth, is a Distinguished Senior Scientist with the National Center for Atmospheric Research in Boulder and a co-author of the study. He spoke with Living on Earth’s Steve Curwood.

CURWOOD: So Kevin, bottom line is, is that the ocean is getting hotter, some 40% faster than what had been previously thought, huh?

TRENBERTH: That's correct. And especially in recent times. So the main period we talked about in the record in the paper, based upon the IPCC report was from 1971 to 2010. And of course, we can go right up to the present in the new record. And so the record, not only are the values higher, but there's clear evidence of an accelerating rate. So, the oceans are warming faster now than they used to be.

CURWOOD: Faster and faster. What does that mean, in terms of actual temperature rise?

TRENBERTH: A lot of the deep ocean is changing by very small amounts, so only a few hundredths of a degree Celsius and so the deep ocean is warming by very tiny amounts. The surface ocean as a whole has warmed by, a little over one degree Fahrenheit, and the air above the oceans has about five to 10% more water vapor. As a consequence of that the air is warmer, and it's moisturer. And it's best to think of it that way. Because one degree Fahrenheit produces air that can hold about 4% more moisture on average. And we're finding in general that this five to 10% number is about what we're seeing over the global oceans. So this is what feeds the storms, and leads to immediately a five to 10% increase in rainfall. But that increase in rainfall also means that the heat that went into evaporating the moisture in the first place is released, that heat gets released into the storm, and it can invigorate the storm. And so you can easily double that amount. So it can easily convert into 15 to 20% increase in rainfall. And some of the experiments that have been done using models of different kinds suggest that in the case of Harvey, for instance, that there was about a 30% increase in the rainfall as a consequence of the warming of the oceans and the climate change.

CURWOOD: So where are the temperatures rising the most in the oceans?

TRENBERTH: We have maps of that actually, and some of the biggest warming is occurring over the southern oceans. That's a region where there are strong winds and the heat gets carried down. It's also warming quite substantially throughout much of the Atlantic Ocean, and including the North Atlantic.

CURWOOD: What implications could this dramatic temperature acceleration that you're now able to observe, what does that mean for sea level rise?

TRENBERTH: So sea level has gone up by about 30 millimeters relative to the average, from 1970 to 2010. In recent times, we've had altimeters in space, that are measuring sea level, to millimeter accuracy. And so the rate of increase of sea level is about 3.1 millimeters per year. So if you think of 3.1 millimeters, think of a foot ruler, that's about 30 centimeters. And so this is a little over a foot per century, if you like to think of it that way. That's the current rate of sea level rise. And so we can estimate now how much sea level has risen from the expansion of the ocean. 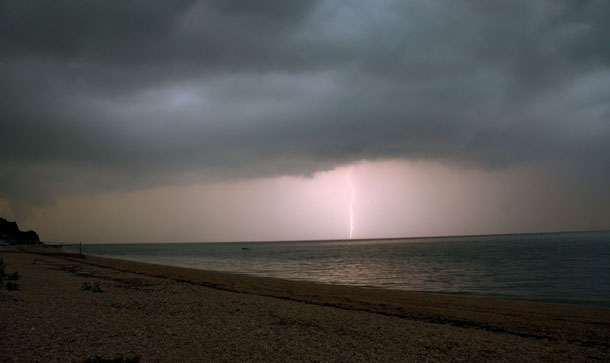 TRENBERTH: That's only a part of the sea level rise overall, of course. The other part, a slightly larger part, is the melting of glaciers and Greenland and Antarctica, which is contributing also to sea level rise. And, so, the total sea level rise is maybe three times that.

CURWOOD: And, now how are these rising ocean temperatures affecting our weather?

TRENBERTH: So some spots of the ocean get warmer than others because of the weather events over the past year. And one of the warmest spots in 2018 was off the coast of the Carolinas, which is where Florence developed. And that led to tremendous flooding and a very slow moving storm that caused a tremendous amount of problems in that area. The previous year, 2017, one of the warmest spots was in the Gulf of Mexico, where Harvey developed and indeed led to tremendous flooding in the Houston area. And we've been able to show indeed, that there's a direct relationship there between the heavy rainfalls and the ocean heat content.

CURWOOD: Whoa, so wait a second, we're talking about in the Paris deal keeping warming below one and a half degrees centigrade. So you know, my math is a little wobbly, but we're talking say two and a half degrees Fahrenheit, 2.7, maybe; we're getting a 15, 20% increase in storm strength, just from that one degree Fahrenheit, what would the world be like if we were to hit that target that's been talked about for Paris?

TRENBERTH: Well, this is indeed, what we're seeing around the world, is that the dry spots, the places where it's dry, things are drying out a little more, increasing the risk of wildfire, but then the moisture that is being evaporated, gets carried around and converges into the locations where the storms form. And so that's a key reason why that amplification occurs; rather than 5% change, you immediately get a 10% change. And then the lifetime of the storm is another key factor and the size of the storm is the other factor that can easily get you up to something like maybe a 30% change when you take all of those factors into account. And so the storms sort of reach out and grab all of the available moisture in the area, bring it into the storm and drop it down in the form of rainfall. And so we've got very good evidence that when it rains, it rains harder. And that's especially true along the east coast, and especially the Northeast.

CURWOOD: Yes, as you said, it’s been important to go back and look at data that was gathered in different ways and if you have gaps in data that makes things very difficult.

TRENBERTH: Yes, observations that are not taken are lost forever. We cannot go back and redo those. 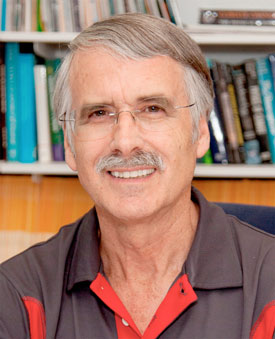 CURWOOD: You've been doing this research for a number of years. How do you feel about what we're seeing now?

TRENBERTH: Well, it's quite worrying. There’ve been a number of reports that have come out recently, some from the National Climate Assessment in the United States, and also the Intergovernmental Panel on Climate Change, and there’s a more complete IPCC report underway as a next major assessment as to what's going on on a worldwide basis. They have been consistently shouting out a warning that we're headed for, potentially an increase of two degrees Celsius, which has been a metric in the Paris Agreement, for instance, saying that we really should not get to that level if we possibly can, in terms of the global mean temperature increases, because going along with that is a whole lot of very disruptive effects and potentially dislodging ecosystems. And there are many consequences that get progressively worse. The sort of things we've already talked about increase substantially. And about that level, food shortages and water shortages could become very widespread. So we need to avoid that if we possibly can. In addition, we need to plan for these things and build resiliency.

BASCOMB: Kevin Trenberth is a distinguished senior scientist with the National Center for Atmospheric Research. He spoke with Living on Earth’s Steve Curwood.


Science Magazine | “How fast are the oceans warming?”

More about Kevin Trenberth and his work