Compared to those that use fossil fuel, electric vehicles like Ford’s new F-150 Lightning truck are better for the environment. Now, new research suggests that EVs are also better for our health. Prof. Jack Spengler from the Harvard T.H. Chan School of Public Health joins Host Steve Curwood to discuss how a reduction of particulate matter pollution thanks to EV adoption could reduce mortality and improve health outcomes.

CURWOOD: We know that electric vehicles like Ford’s new F150 can be good for the environment. They can produce significantly fewer greenhouse gas emissions than gas and diesel ones, regardless of the makeup of the power grid that charges them. Now, new research suggests that EVs are also better for our health. Scientists found a reduction in pollution with the adoption of electric vehicles will likely reduce mortality and illness. Professor Jack Spengler was on the research team and he joins us from the Harvard T. H. Chan School of Public Health. Welcome to Living on Earth.

SPENGLER: Well, thank you, Steve, glad to be here.

CURWOOD: So, how excited are you by this research? In other words, how important to our health is the advent of electric cars or nevermind the greenhouse gas effects.

SPENGLER: So they're extremely helpful to our health. And when you think about urban congestion, and you think about the vehicle miles traveled in close proximity to people, let alone the people in the cars themselves on the road, that we get a tremendous exposure over the course of our lives from these nearby sources, roadside emissions, effectively, it's a we make that fleet cleaner, we all benefit from healthier air.

SPENGLER: So it turns out that if you remove the emissions at street level, where people are, and that's where the cars are generating, you have tremendous savings in reduced exposures and health benefits. Of course, you've got to charge those batteries, right? And that comes from the power grid. And the power grid is not concentrated in urban areas. It's in more rural areas, it's more dispersed from high stacks, spreads out over big populations. But the net is that you actually have a net benefit. 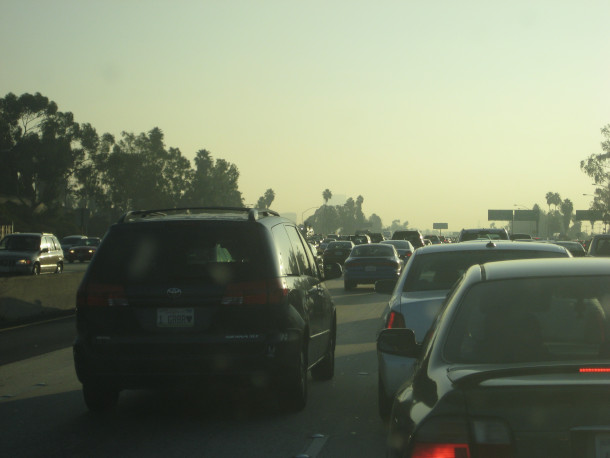 CURWOOD: Now, what kind of benefit are we talking about here in terms of mortality? Recently, there were studies showing that some 300,000 people a year in this country die from excess deaths related to the burning of fossil fuels. I think that includes vehicles, but also other combustion of fossil fuels. What do you know about the transportation sector's contribution to disease and mortality?

SPENGLER: Well, as we start to make the grid cleaner, and that is happening, decrease in coal fired power plants, cleaner burning gas, now renewables coming in. So the proportional impact of motor vehicles is getting larger. In fact, it is contributing 20 to 30%, as I recall, to that mortality from air pollution,

SPENGLER: Well, size makes a big difference because size of these particles shows where it ends up in the respiratory tract, right? Our nose can filter out bigger things, our respiratory tract can deposit particles and remove them. But small ones get deep into the lungs. And that's where they're more important. But when we talk about vehicle emissions, you know, they do put out some primary particles, but they put out gases, they put out nitrogen oxides, and VOC's, volatile organic compounds. They put out ammonia. And these can convert into particles. So they go through chemical reactions, and they start forming or adhere to particles. So they become part of the particulate material that we inhale. And then further downwind from these emissions, you can produce ozone from the nitrogen oxide precursors that are coming out of vehicles.

CURWOOD: How can policymakers take advantage of the research that you've done here? What are the practical implications do you think? 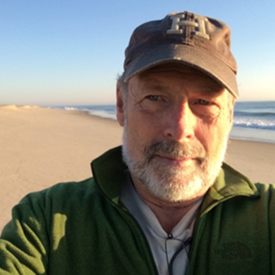 SPENGLER: Well the implications of policymakers, I think are several. One is you now have a calculation, rather robustly done, that says what incentives should we offer to encourage the purchases of electric cars. In particular, if we replace an older, dirtier vehicle with a new electric vehicle, the benefits are substantial. So the subsidies of $7,000 per purchase, are probably right on point with the public health savings that result from that. The second thing I think it tells us is that beyond federal controls, federal emission controls, federal CAFE standards, fuel efficiency standards, cities can make a big difference in what their policies could be. So the cities could look at various ways of traffic calming, of electrifying certain portions of their fleet that are in those cities more frequently. And so they could use the results to come up with new strategies at the municipal level. Policymakers should be mindful of the need to consider environmental justice and social justice. Because if one actually had a policy or a program that provided incentives to remove the dirty, the old clunkers right? The dirtiest cars from those urban streets, replacing them with electric vehicles incentivizing to be replaced with electric vehicles. There's going to be tremendous benefits to those people that currently have the worst air pollution.

CURWOOD: Jack, we only have 2 to 3% of vehicles in the United States right now are electric. How long do you think it will take to get to scale? Well, this will have really a meaningful impact on health as well as the climate.

SPENGLER: So I looked at some data from major auto companies and what they're investing to convert their manufacturing. I mean, $30 billion for Ford, $27 billion General Electric *General Motors, unbelievable, Volkswagen over five years $80 billion, and they're projecting major portions of their sales by 2025, 2030 will be electric vehicles. So it's happening fast. I think the question is, is it happening fast enough? And my answer would be no, we should've started this a decade or two decades ago, when we had the first electric car put out by General Motors.

CURWOOD: Jack, thanks so much for taking the time with us today.

SPENGLER: Well, thank you so much, Steve. This is a message that I think is important to get out.


Read the study: “Assessing the health impacts of electric vehicles through air pollution in the United States”