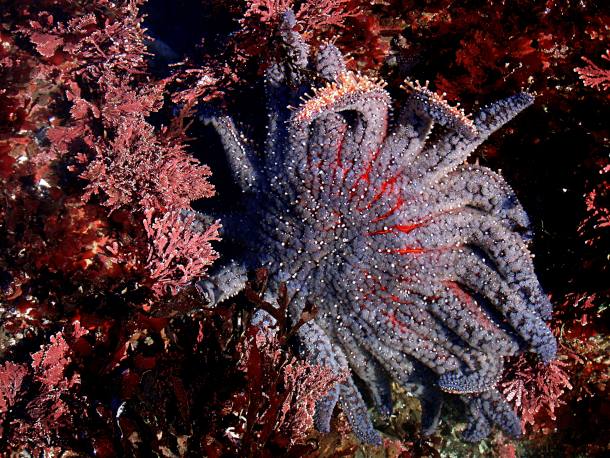 For this week's trip beyond the headlines, Host Bobby Bascomb and Environmental Health News editor Peter Dykstra discuss a successful attempt to raise an endangered starfish in captivity. Then, the two look at Canada's choice to officially declare all plastics as toxic. Finally, looking back on a massive waterway project to the Gulf of Mexico that never paid off.

BASCOMB: Well, it's time for a trip now beyond the headlines with Peter Dykstra. Peter's an editor with Environmental Health News. That's EHN.org and DailyClimate.org. Hey there, Peter, what do you have for us today?

DYKSTRA: Hi, Bobby, something that's a promise of a little good news in what's been an ecological disaster for the sunflower sea stars. They used to exist in the billions along the west coast, from Alaska down to Mexico, there's a wasting disease that has nearly wiped them out, maybe 90% or more of their population. These are beautiful little animals that instead of our normal image of a starfish, they might have 20 arms, and that makes them look like a sunflower in the Kansas prairie rather than an animal along the Pacific coast.

BASCOMB: Yeah, I was looking at some pictures of them. They come in all different colors, and they're really beautiful. What are researchers doing now to try to help them?

DYKSTRA: Well, they're trying to make sure they're beautiful for a long time, rather than the current pathway to potential extinction. Sunflower sea stars for the first time have been bred and raised in captivity. And they're hoping to eventually repopulate critical areas. This is happening in Washington State and the lab in the San Juan Islands. And it's some hope for a species that some people had begun to think may be gone forever.

BASCOMB: Here's hoping they can get somewhere with this research and, you know, help them bounce back. What else do you have for us this week? 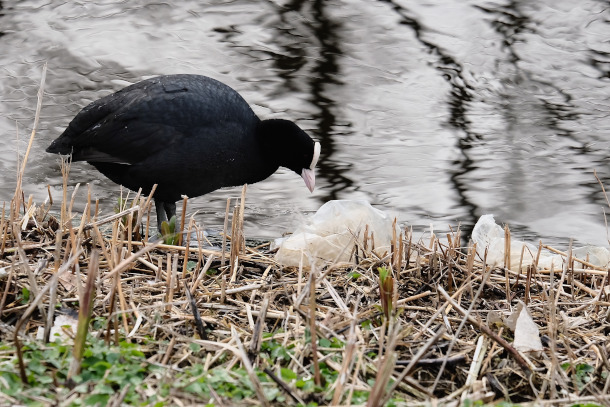 Canada has declared plastic a toxic substance in order to implement a proposed ban on some single-use plastics. (Photo: Guda Oly, Flickr, CC BY 2.0)

DYKSTRA: Some interesting news on the regulatory front, not in the United States, but in Canada. Canada has declared that plastics are toxic, all plastics, and that may pave the way for restrictions. Some are hoping that it might under CEPA, which is the Canadian Environmental Protection Act, lead to a ban on single-use plastic bags from coast to coast.

BASCOMB: Wow, that seems like a really big deal. How are they defining it as toxic? How do they make that determination?

DYKSTRA: Well, we've heard so much and talked on this show about microplastics. And the fact that plastics last for all intents and purposes for ever, but they can break down in the environment to tiny levels that are consumed by fish, possibly consumed by land animals, including human beings. And a recent study concluded that humans ingest an estimated one credit card a week of plastics in our normal diet.

BASCOMB: Isn't that shocking? And of course, plastics come from oil and gas, which is pretty toxic itself in the environment.

DYKSTRA: And that's the climate change angle as well.

BASCOMB: For sure. Well, what do you have for us from the history books this week?

DYKSTRA: A 50th anniversary, May 25, 1971. The Tenn-Tom Waterway, the Tennessee-Tombigbee River Waterway was authorized by President Nixon, providing a huge shortcut for barge traffic from the Tennessee River to the Gulf of Mexico. The project ended up costing 2 billion by the time it was completed in 1985. In 2021 dollars, it's actually about 13 billion. So we're talking about an expensive project that has never paid off, because traffic on the Tenn-Tom Waterway from Tennessee through Mississippi and Alabama to the Gulf has been minimal. It's a commercial failure that we all paid for. 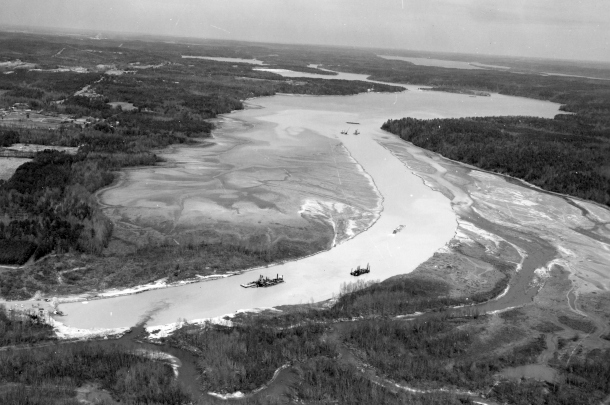 BASCOMB: Hmm, well, what happened there? Surely they should have looked at what they expected to get for traffic, and it just fell far short of that? I mean, what's the deal?

DYKSTRA: Well, rather than looking at reasonable expectations for traffic, instead, they were listening to lobbyists and members of Congress, representatives and senators along the route that saw it as a possible revival for some of the poor towns in Mississippi and Alabama, that could use the barge traffic and port possibilities as a way to lift up out of poverty. And who knows where else the money would have gone.

BASCOMB: I see. So it wasn't really the infrastructure project that it was billed as so much as just a economy booster.

DYKSTRA: A pork project, a boondoggle, but we're stuck with it now. They're only getting a tiny fraction of the traffic that goes up and down the Mississippi River each year. The Tenn-Tom was set up to compete with the Mississippi. It's been no competition at all.

BASCOMB: Well, let's hope we can learn from our mistakes there, I suppose.

DYKSTRA: As far as learning from mistakes, I gotta work on that myself as well.

BASCOMB: Don't we all? Alright, Peter. Well, thanks for those stories. Peter Dykstra is an editor with Environmental Health News. That's EHN.org and DailyClimate.org. We'll talk to you again real soon.

DYKSTRA: Thanks a lot, Bobby. We'll talk to you soon.

BASCOMB: For more on these stories, including pictures of some of those sunflower sea stars, head over to the Living on Earth website. That's LOE.org.


The Guardian | “A Starfish Is Born: Hope for Key Species Hit by Gruesome Disease”

WTVA | “$2B Tenn-Tom Waterway Yet to Yield Promised Boom”