When a Gas Plant Moves in Next Door 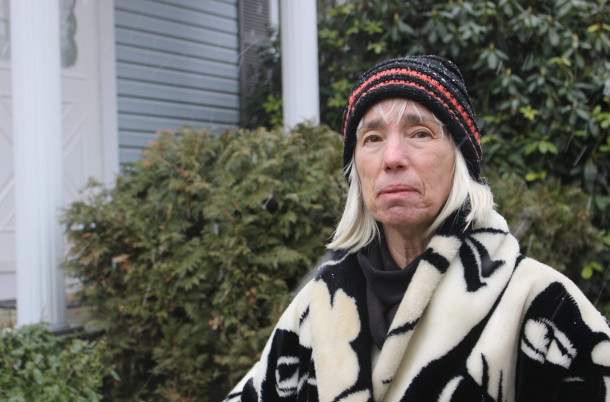 Judy Burger of Belmont County, Ohio stands next to her home. Across the road, two fracking waste injection wells are being built. Judy is concerned about noise and pollution from constant truck traffic. (Photo: Julie Grant, Allegheny Front)

With the growth of hydraulic fracturing, cheap natural gas is replacing coal to generate electricity. More than 170 new natural gas power generators are in the works nationwide. And the growing industry is changing the face of communities like Guernsey County in eastern Ohio, where a new gas plant is under construction. Reporter Julie Grant from The Allegheny Front has the story.

CURWOOD: In certain parts of the country if one drills a deep hole and pumps in liquids under high pressure the hydraulic forces can crack the rocks and release natural gas. Fracking has been a cheap way to extract domestic fossil fuel, and nationwide some 170 new natural gas electric power generators are in the works. For some it means jobs, but for others, as the Allegheny Front’s Julie Grant reports form Guernsey County in eastern Ohio, it can make for nightmare neighbors.

GRANT: Kevin and Marlene young built their house in the country so they had space for horses.

YOUNG: I was raised around horses. That's my love.

GRANT: Their horses aren't just pets. They built a half mile track to train them as resources and they've won 10s of 1000s of dollars.

YOUNG: So we're getting ready to retire. I thought we hat it handled. I even got it all paid for.

GRANT: Visiting them now things dont seem handled. Big trucks drive past the house during the day long. The farm field next door has become an industrial construction site. The air is often filled with dust there's a thick layer of it on theri new truck. In the summer of 2019 Caithness Energy started building one of the largest gas plants of this kind in the country. Theres already a pipeline that will run natural gas from Pennsylvania and Ohio into the site. The Guernsey Power Station will generate enough power for 1.5 million homes. But the Youngs don't want t o live next door to it. Like other who live nearby they say the construction has caused cracks in their walls.

YOUNG: My dishes shake, my bedroom is on the second floor. And it's like you put a quarter in one of them beds that's how it vibrates.

GRANT: Caithness declined to comment about claims that it's construction caused damage. The Youngs have stopped training their horses, even putting them on respirators. Marlene falls apart when she talks about her best horse, Creekside Pete.

YOUNG: (crying) I had to sell it to get it out of here because of this stuff going on. 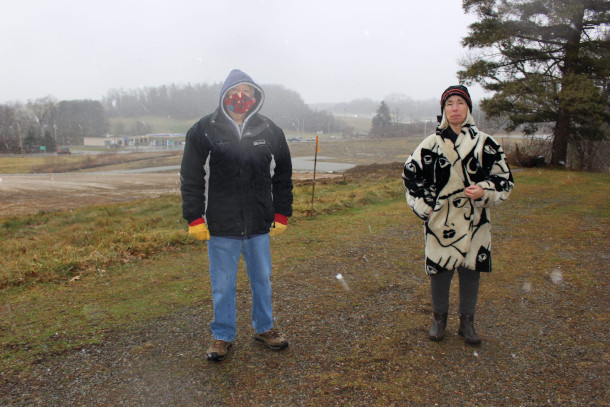 GRANT: The Youngs want Caithness to buy them out. The company declined to comment. County records show it bought homes from three other families in the neighborhood. Meanwhile, many people in the area see the new gas plant as hope for the region's future. When Caithness came here in 2016 Norm Blanchard Economic Development Director for the region was thrilled by the idea of a $1.6 billion plant.

BLANCHARD: For us it was almost like a carnival coming to town.

GRANT: The company is spending millions to prepare the site and has promised $42 million to the local school system over 30 years. It promised 1,000 construction jobs when it opens in 2022. It will employ 30 high tech workers. Blanchard wishes it was more but he's not complaining. As he stands along the highway looking at the huge construction site. He says all the cranes here are like a billboard for economic development.

Something like this to be able to locate it here puts you on the map.

YOUNG: Like many areas near power plants the poverty rate here is high. Environmental attorney Dave Altman says many communities jumped at the money and jobs offered by deep pocketed energy companies. 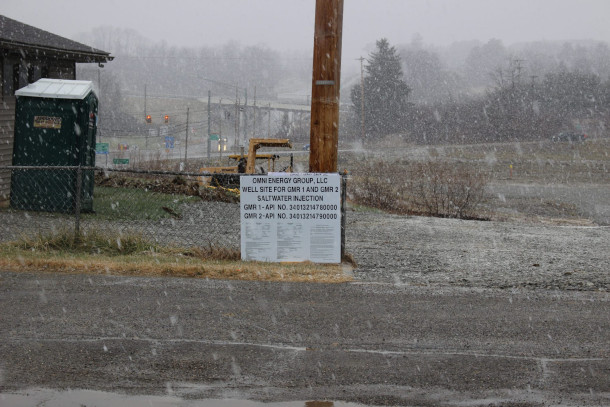 Pictured is the construction site for OMNI Energy Group, near an exit of the I-70 in Belmont County. (Photo: Julie Grant, Allegheny Front)

ALTMAN: Local governments somewhat understandably at times, blindly accept promises and operate in denial to the collateral damage to the people who are left behind.

GRANT: Kevin and Marlene Young say they haven't gotten help from the government on any level. There are no local zoning codes or land use restrictions and while Ohio has strict laws ensuring wind turbines aren't built too close to homes. The state has no such requirement for gas plants. At the federal level, the Trump administration removed a rule in Ohio's federal air quality plan in December, that gives citizens some protection from environmental nuisances, like dust and odors that endanger health and property.

ALTMAN: They would have been able for 40 years to take that evidence in the court. And now they won't be able to do that directly anymore.

GRANT: In an email Ohio EPA said it still retains authority and will enforce the nuisance rule. The power plant has its permit from the agency with limits on pollutants like volatile organic compounds and particulate matter. Ohio EPA said pollution levels outside the facility will not cause harm, but the Youngs don't want to wait to find out.

YOUNG: I'd just as soon go and get us a little trailer a little place someplace clear out of the state to get away from this whole place.

GRANT: The family has recently retained a lawyer.

CURWOOD: Julie Grant’s story comes to us courtesy of The Allegheny Front