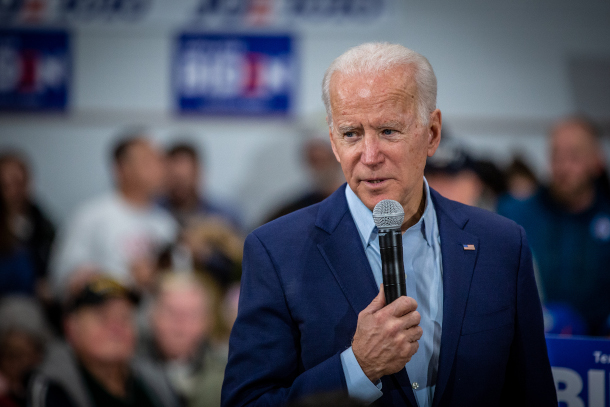 At the April 22 summit or before, President Biden is expected to unveil official US commitments to decrease greenhouse gas emissions by 2030. The new US nationally determined contribution will respond to the requirements of the 2015 Paris Climate Agreement, which the US rejoined 30 days after Mr. Biden came into office. (Photo: Phil Roeder, Flickr, CC BY-SA 2.0)

President Biden has invited 40 world leaders to a virtual Leaders Summit on Climate on April 22, 2021, Earth Day. As the first major diplomatic conference of the Biden administration, this summit positions climate change as a top geopolitical priority for the United States. Alden Meyer of E3G joins Host Steve Curwood to preview the summit and discuss its importance in the international efforts to address climate change.

For Earth Day this year President Biden is convening leaders from around the world for a virtual conference on the climate emergency. Mr. Biden’s first major foreign policy initiative is a high wire act when it comes to cooperating with China over the climate. The US is much at odds with the People’s Republic, particularly over human rights, military moves in the South China Sea and pressures on Taiwan and Hong Kong. For more about what’s at stake we are joined now by Alden Meyer, a senior associate of E3G. Welcome back to the program, Alden!

CURWOOD: So come Earth Day, President Biden is hosting this virtual summit on the climate at the White House inviting leaders from around the world. And I think one of the biggest questions is: what is the United States going to put on the table as this nation's Nationally Determined Commitments? What will it be?

MEYER: Well, that's right. Remember, when we entered Paris under President Obama, the US put forward a target for emissions reductions domestically for the year 2025. The Biden administration has announced they will put forward a new target for what we are going to do here in the US by 2030. We are calling on that reduction to be at least 50% below 2005 levels to get us on track to the net zero emissions commitment that the President has made for 2050.

CURWOOD: What are the odds, Alden? Do you think that we'll see that number from the Biden administration?

MEYER: Well, I think we have a good chance. A number of analyses by environmental groups, business organizations, academic think tanks, and others show that a reduction of that magnitude is achievable. It's cost effective, it would have tremendous health benefits, and it would bring economic benefits to the US and employ millions of people.

CURWOOD: Now, this is a summit of leaders from around the world. I'm curious as to who is expected to be there.

MEYER: Well, the invitations have gone out to 40 countries. Of course, these include all of the major economies, but it also includes a number of vulnerable countries such as Antigua and Barbuda, Bangladesh, Bhutan, Marshall Islands. So this is going to be a pretty broad discussion over two days on a range of topics, including not only what countries can do in terms of raising their ambition, but how we need to cooperate to innovate and rapidly deploy technologies needed to get us to net zero emissions by mid century. 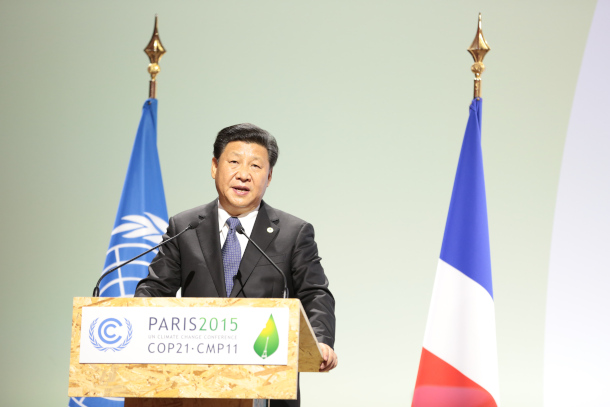 President Xi Jinping of China has not formally accepted the invitation to the White House Climate Leaders’ Summit but is expected to attend. (Photo: Unclimatechange, Flickr, CC BY 2.0)

CURWOOD: What will China's engagement look like at this summit? Of course, the United States and China aren't exactly best friends right now, diplomatically. And yet, we're the top two emitters of carbon today on the planet.

MEYER: That's right. And and that's one of the unanswered questions a week out from the summit. China has yet to formally accept the invitation for President Xi to attend the summit. All observers believe that ultimately, he will accept. And of course, China has not yet fully lived into the commitment that President Xi made last September, at the United Nations General Assembly to reach net zero carbon dioxide emissions in China no later than 2060. Their most recent five year plan unveiled last month really doesn't have the kind of increases near term ambition that we need to see to put them on that trajectory, and they are still building coal plants domestically. So the big question is, will China signal any near term changes in its climate strategy before the summit? And if so, will they bring that increased ambition into the summit as a marker of how serious they are about providing leadership on this issue?

CURWOOD: What do we expect to hear at the White House Summit on Earth Day on the climate with the leaders from those countries that are most vulnerable now from climate disruption?

MEYER: Well, I think they're going to make the case that the world needs to step up its assistance to their countries on adaptation, on resilience investments, on coping with the climate impacts they are experiencing. They're going to particularly put pressure on the US and other developed countries to scale up climate finance, and to make sure that a larger share of that financial assistance goes towards adaptation. They're shooting for 50% of climate finance assistance to be devoted to adaptation and dealing with climate impacts as opposed to the roughly 20 to 25% share of finance that's going in that direction now. 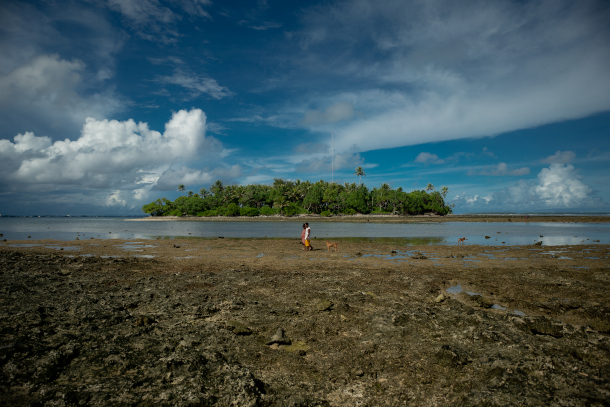 The Marshall Islands is one of the nations most affected by climate change. The Marshallese government and leaders from other vulnerable nations are expected to press the United States and other top emitters for adaptation and compensation for the damage already done. (Photo: Asian Development Bank, Flickr, CC BY-SA 2.0)

CURWOOD: Loss and damage is bound to be a crucial and controversial topic at this summit. Explain for us briefly, what is loss and damage and how will it play out do you think in this White House climate summit?

MEYER: Well, loss and damage is basically the unavoidable impacts of climate change after you've done as much as you can on mitigation and adaptation. There are some things you just can't head off, like the impacts of sea level rise of extreme weather events, such as hurricanes and typhoons. So you need help for countries that are experiencing those climate impacts to deal with them. Some of the developing countries and some of the International non-governmental groups have said that the US and other Western economies that are largely responsible for historical emissions of greenhouse gases have a responsibility to compensate these countries for the damage they're experiencing. And of course, you're talking here about potentially hundreds of billions of dollars a year in costs of these impacts. So it's been something that the US, Europe, other developed countries have been very reluctant to engage in, but I think they will have to deal with that. It is an issue the vulnerable countries and others will put front and center on the agenda. And there needs to be an adult discussion about what we're going to do about it going forward.

CURWOOD: I'm inferring from that that hasn't always been very polite. Has there been food fights over this Alden?

MEYER: There have been tremendous food fights over this. I recall back at the Conference of the Parties meeting in Doha, Qatar in 2012. The entire conference almost collapsed because of a fight between the US and the alliance of small island states on the last night of the summit. It also was a tough issue in the run up to Paris. It is a difficult issue, but it is something we have to come to grips with. And I believe that we'll see some signals from the Biden Harris administration, that as long as we stay away from expressing it in terms of compensation or liability for past emissions, that the US may be willing to step up and provide more assistance going forward.

CURWOOD: Alden, you've been covering international climate negotiations for, well, north of 30 years I think at this point. What, if anything, has you excited about this summit?

MEYER: Well I think this is a very significant moment, because it's the first major foreign policy initiative of the President of the United States. And he's decided to devote that to the climate issue. The US is convening leaders from around the world to put this front and center on the geopolitical agenda, and try to signal that we're really running out of time to get the actions we need to live into the commitments countries made five years ago in Paris. I think what gives me hope is that we're realizing we have the architecture in place with a Paris agreement to get to where we need to go. And it's really no longer about negotiation of international treaties. It's about implementation, as Nike might say, just do it. The good news is I think countries are focused on that now and the US is exerting a lot of pressure on other countries like Japan, South Korea, Canada and others to live in to their commitments to get their emissions to net zero by mid century. It's too bad this didn't happen 10, 20, or 25 years ago, we could have done a lot more, but I am hopeful that this is going to represent a major step forward.

CURWOOD: Alden Meyer is a senior associate with E3G, thanks so much for taking the time with us.

MEYER: Thanks, Steve. It was great to be with you again.

Vox | “What A Fair Climate Target Looks Like for the US, The Largest Historical Carbon Emitter”