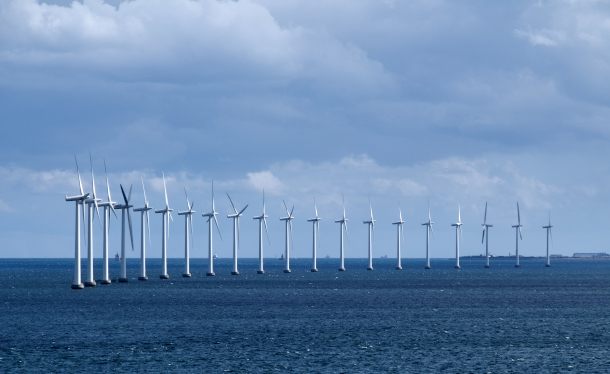 O’NEILL: From PRX and the Jennifer and Ted Stanley studios at the University of Massachusetts Boston, this is Living on Earth. I’m Aynsley O’Neill.

When it comes to harnessing the carbon-free energy of the wind, the United States is far behind many other industrialized nations. But if the wind portions of the comprehensive infrastructure plan the Biden Administration recently unveiled are implemented, that’s all about to change. Here’s White House press secretary Jen Psaki:

PSAKI: The President recognizes that a thriving offshore wind industry will drive new jobs and economic opportunity up and down the Atlantic coast in the Gulf of Mexico, and in Pacific waters. The Department of Interior Energy and Commerce are announced a shared goal to deploy 30 gigawatts of offshore wind in the United States by 2030 while protecting biodiversity and protecting ocean co use.

CURWOOD: Now, a standard coal fired power plant puts out about a half a gigawatt of electricity, so the Biden plan could provide the equivalent power of 60 polluting coal plants. And instead of spewing CO2, toxic particulates and mercury, offshore wind will leave the air clean. But building machines to catch the wind won’t be free. The Biden plans calls for $12 billion dollars a year over the next eight years for offshore wind power development, creating some 44,000 new jobs. Not all that money will stay at home, though. A modest and once controversial facility off the Massachusetts coast is being developed by a wind power company from Denmark, a nation with decades of wind energy experience. Of course, the Danish company may be asked to buy American-made wind turbines and the installation jobs won’t be exported. The Biden plan also calls for some 9 gigawatts of wind power in the New York-New Jersey Bight, a triangle of relatively shallow water just offshore. Julie Tighe is with the New York League of Conservation Voters: 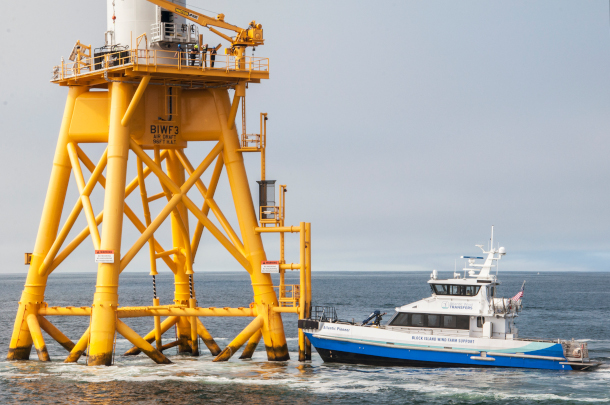 TIGHE: What's really important and I think why they're focused on the New York Bight is not only because we have great wind resources, but also because it is an area that has, you know, a difficulty in getting clean energy, because there's not a lot of space onshore. So offshore is really a way to get clean energy into the dense urban environment that is the New York metropolitan region.

CURWOOD: New York City has committed itself to 100 percent zero emission energy by the year 2040. And for the past 45 or so years, New York City has partially relied on nuclear energy which, despite safety and waste concerns, is carbon free. But the nuclear plant at Indian Point in nearby Westchester County is aging and its two reactors pose considerable risks in the unlikely event of a major accident. One old reactor has already been shut down and the other is expected to stop operating later this year. And their departure from the grid will leave New York short of the carbon-free electricity it needs to meet its goals. So, the Big Apple needs those Biden wind turbines in a proverbial New York minute.