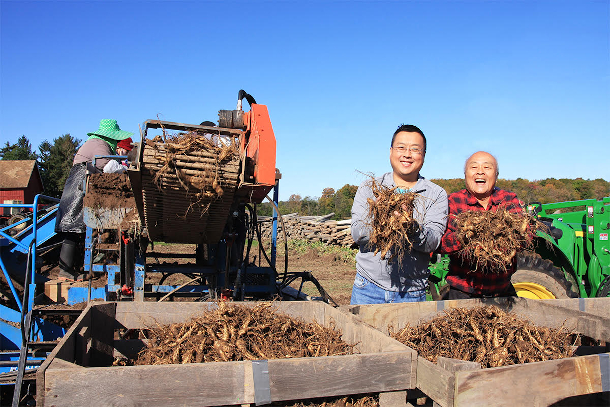 Will Hsu, left, harvests ginseng with his father Paul on their farm in Marathon County, Wisconsin. (Photo: Courtesy of Hsu Ginseng Enterprises)

Consumers in China and the U.S. prize American ginseng, most of which is grown in just one Wisconsin county, as a health food and traditional medicine. But demand has dried up in the midst of America’s ongoing trade war with China, economic impacts from the COVID-19 pandemic and anti-Asian rhetoric. Living on Earth’s Aaron Mok wrote about the crisis for Civil Eats and joins Host Bobby Bascomb to share the stories of ginseng farmers he interviewed.

American ginseng farmers have been hit hard by the pandemic and the ongoing trade war with China. Ginseng is a knobbly, bitter root that’s been used in traditional Chinese medicine for centuries. And Native Americans also have a long history of using wild American ginseng, which once grew widely in the Appalachian region before it was overharvested in the 19th century. Ginseng may help boost the immune system, lower blood sugar and improve focus, although the U.S. Food and Drug Administration says there’s not enough evidence to back up these claims. A single county in Wisconsin, Marathon County, produces about 95% of the total crop in this country, most of which was exported to Asia before the Trump administration started the trade war with China. Our recent intern Aaron Mok wrote about the growing crisis for ginseng farmers in Civil Eats and joins me now. Hey, Aaron how’s it going?

MOK: Good Bobby, how are you?

BASCOMB: Good! Your article follows the story of a family farm that's been growing ginseng for four generations. It's the Heil family. What is their relationship with ginseng? How did they come about being ginseng farmers and what does that mean in this region?

MOK: Yeah, so I spoke to Joe Heil, he's been a ginseng farmer in Wisconsin for 25 years. He's a fourth-generation ginseng farmer. Ginseng is his livelihood; he runs a thriving ginseng business, or what used to be thriving before the pandemic and the trade wars. He has around a thousand acres of land, which is probably the most land that most ginseng farmers have in the county. So he's been very successful in his business.

BASCOMB: But you say that they're struggling today. Why is that? Let's talk first about the pandemic. How has that impacted their business? 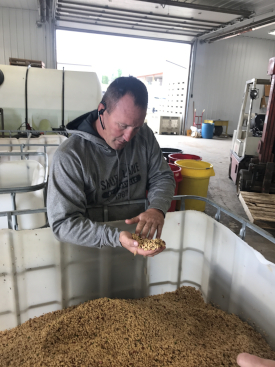 MOK: Yeah, so the pandemic was a huge blow to Heil's business as well as the ginseng business in general. The American ginseng industry is export-heavy; 95% of the ginseng revenue sales comes from exports to East Asia. And because of the pandemic, there are travel restrictions between China and the US. And during harvest season, Chinese consumers would travel to Wisconsin to inspect the ginseng, to look at it, and to bring it back for their families. But because of travel restrictions, they're not able to do that. So revenue has decreased a lot as a result.

BASCOMB: And the trade war with China is also taking a toll from what I understand. What's going on there?

BASCOMB: So I would guess that these farmers now have a surplus of ginseng on their hands if they can't sell it and they're not getting a good price for it. Maybe they'll just hold on to it for now.

BASCOMB: And you write in your articles that a rise in anti-Asian rhetoric amid the pandemic, or as President Trump called it, the "China virus," is also a problem for these farmers. Can you tell us more about that, please? 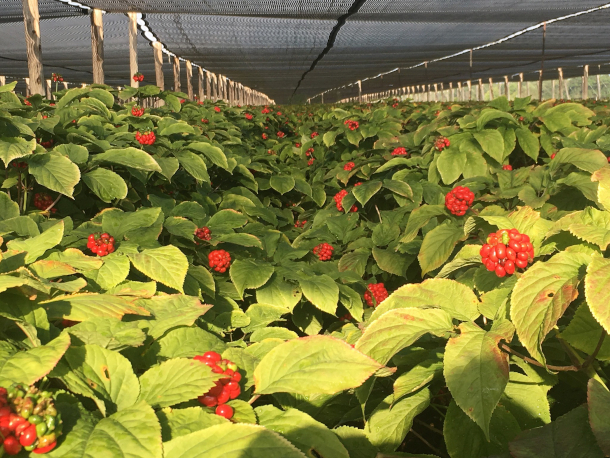 MOK: Yeah, so I talked to Will Hsu, he is the president of Hsu Ginseng Enterprises. It's one of the biggest American ginseng enterprises in Wisconsin as well as the US. He is Chinese -- he comes from a Taiwanese background. And according to him, once the trade wars hit, Hsu's Ginseng Enterprises had to change their business model. So originally, their main revenue was coming from ginseng exports to China. But now their main revenue comes from selling ginseng domestically. And domestic-sold ginseng goes to Chinese pharmacies, traditional Chinese medicine shops, and Asian grocery stores. But because of the pandemic and because of Trump calling coronavirus, the "China virus," Hsu believes that consumers are not willing to purchase any products by Chinese communities because they're afraid to catch the virus. And that has, Hsu believes, decreased their revenue. He unfortunately doesn't see any recovery in the near future. In his words, the industry has faced punches after punches, and the future of the ginseng industry is unclear to him.

BASCOMB: Aaron Mok is a freelance reporter for Civil Eats. Aaron, thanks so much for taking this time with me today.

MOK: Thank you, Bobby.
BASCOMB: By the way, with his hands full amid the pandemic President Biden so far appears to be in no hurry to end the trade war with China.

Mount Sinai: Preliminary research on ginseng and your health

Undark | “In Appalachia, a Plan to Save Wild Ginseng”