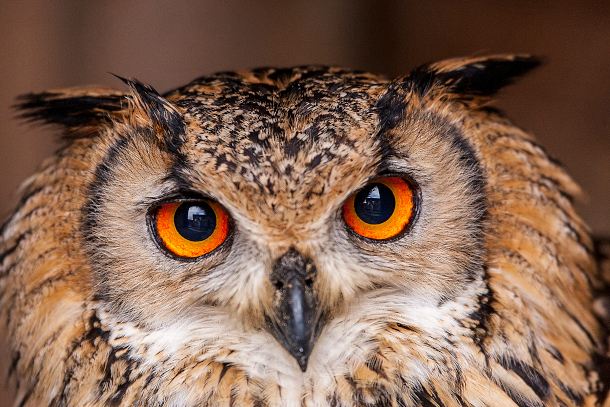 Both humans and owls exhibit the same involuntary response: their pupils dilate when hearing a new sound. (Photo: Greg Clarke, Flickr, CC BY 2.0)

Newborn babies are given hearing tests shortly after they are born, to ensure they can hear properly and develop language skills. But it’s tricky to do, as babies can’t speak to tell doctors what they are hearing. Now researchers at the University of Oregon may have found a solution, inspired by owls! Reporter Jess Burns with Oregon Public Broadcasting has more.

BASCOMB: Newborn babies are given hearing tests shortly after they’re born, it’s important to establish they can hear properly to develop language skills, But it’s tricky to do. Babies can’t tell doctors what they are hearing so it’s challenging to figure out how extensive hearing loss is in young children. Now it looks like researchers at the University of Oregon may have found a solution to the problem using… owls. Reporter Jess Burns with Oregon Public Radio has more.

BURNS: Our story starts about 20 years ago at the University of Oregon. Neuroscientist Avinash Bala was trying to measure how well barn owls hear as a way to better understand how human brains process sound.

BALA: We have the owl in a quiet room. We had a video camera like a security camera watching the owl.

BURNS: While they were setting up the experiment going in and out of the owls room. The odd door was slammed down the hall. Bala would drop something on a desk.
[DROPPING SOUND]

BALA: And I realized that every time something unexpected happened, the owls eyes seem to get brighter.

BURNS: They showed brighter on the video because the owls eyes were dilating in response to the new sound, reflecting more light back to the camera, like a cat in headlights. The experiment Bala was actually there to do wasn't working, says Institute of neuroscience co director Terry Takahashi.

TAKAHASHI: Avenashi was vextremely frustrated when he came up and said, Hey, this doesn't work. The only thing that happens when I play a song is the pupil dilates. And then all of a sudden, we all stop and go “aah wait a minute”.

BURNS: They recognize this involuntary pupil response could be used to measure hearing in owls. And pretty soon thereafter, Bala figured out that humans have the same involuntary response to new sounds.

BALA: What I realized was that we could also use this in people who are unable to respond for one reason or another. And the biggest such group of people is infants. Because babies can tell us what they're thinking.

BURNS: There are hearing tests for young children out there and use. One measures the physical reaction of the inner ear to sound. One looks at the brainwaves of sleeping infants exposed to different noises. Still, another uses a little training and a sound like this.

BURNS: To prompt the baby to look a certain direction when they hear a sound. But they all have different limitations says OHSU audiologist Kristy Knight. 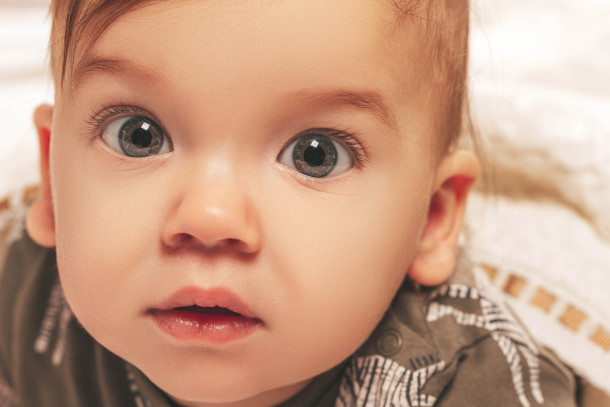 Avinash Bala, a neuroscientist based in the University of Oregon, is working on facilitating hearing tests on infants. Detecting hearing loss within the first 6 months of a baby's life can help prevent further auditory and language development issues. (Photo: Marco Verch, Flickr, CC BY NC 2.0)

KNIGHT: One of the things that we really struggle with young children is knowing can they recognize the difference between sounds like else versus elf, for example. Our regular hearing tests don't tell us that

KNIGHT: This would give us another tool. Let's say a child is wearing a hearing device Are their hearing aids allowing them to discriminate the differences in speech sounds that are important for language development?

BALA: Okay, so now can you see the circle?

BURNS: Acosta King sits in front of the camera setup. Blue acoustic foam lines the walls of the sound booth. Bala shuts the door and starts the test from the next room over. Acosta King’s eye is blown up uncomfortably large on the monitor. The bah sound with the B plays every few seconds.

BALA: But each trial is coming up. The 10th one will be a different sound and we should pay attention to that because I'm expecting a really big dilation. So that's eight. This is nine. The next one will be a pah.

BURNS: That's pah with a P.

BALA: Ah there we go.

BALA: It is so reliable, and it is so predictable. And that is what makes it so eminently usable.

BURNS: The version of the test designed for babies will keep their attention towards the camera with an animated video. A computer algorithm will be use to measure changes in pupil size as the different sounds are played. And if COVID-19 allows Bala says he hopes to start testing the new baby hearing test at Doernbecher Children's Hospital in Portland early next year. I'm Jess Burns reporting.

BASCOMB: Our story from Jess Burns comes to us courtesy of Oregon Public Broadcasting.