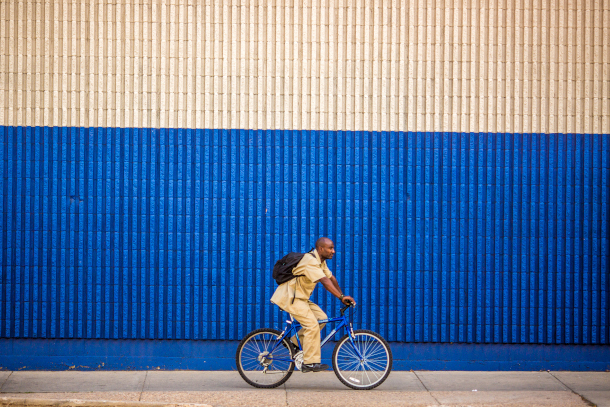 During the peak of the coronavirus pandemic, between January and October of 2020, US bike sales went up a staggering 62%. (Photo: Thomas Hawke, Flickr, CC by NC 2.0)

In early 2020, the US experienced a biking boom as people turned to cycling for safe mobility during the warmer months of the COVID-19 pandemic. But the biking craze has since lost some steam in parts of the US. Martin Morzynski, the VP of Marketing for Streetlight Data, joined Host Jenni Doering to talk about their report, Autumn COVID Bicycling Trends, and why some cities were able to hang on to their biking gains.

DOERING: Bike ridership has gone up across much of the world since the pandemic began last year. People wanted to avoid gathering on crowded buses and subways, so they began to hop on bikes instead. Europe has spent over a billion dollars on biking infrastructure since last spring. And here in the US bike sales went up about 26 percent over the same time period. To see how the trend is going now, nearly a year later, we turn to Martin Morzynski, he’s the Vice President of Marketing for Streetlight Data. Martin joins us to talk about their recent report, Autumn COVID Bicycling Trends. Martin welcome Living on Earth!

MORZYNSKI: Thank you. Nice to be here.

DOERING: So what were some of the changes in bike ridership that you saw across the country during and after the COVID pandemic biking boom?

MORZYNSKI: So we saw a massive boost in riding really all across the country, particularly in March and April, when you saw the massive shutdowns across the country. People took up new habits and so forth, and all of that contributed to increased bike ridership. And, you know, we're all curious as to whether that would hold as people started to get back to sort of some sense of normalcy when it comes to getting around. And what I mean by that is, you know, if you look at vehicle miles traveled across the country, which is an indicator of street activity, that plummeted in April. And as the pandemic went on, there were different degrees to which states were locking down. And there were many places by May and June, where driving had come back, and biking stayed up. And you know, we sort of thought well, that's, that's a good indicator of change in habit. And there was some places like Des Moines, Iowa, where, you know, biking was up significantly in May and we thought, well, let's see what happens by the time we get to the fall and see if biking remains up.

DOERING: So what happened?

MORZYNSKI: ...And it did! So Des Moines was, you know, was up over 50% in May, and it was still up 50% year-over-year in September. But in places like Bakersfield, which is inland California, you know, where biking was up initially on this sort of boost and recreational activity, it was sort of back to normal by September, right. So the gains have melted away. So I think what we've observed is that it really depends on where you look across the country. And you know, when you look at large cities, for example, a lot of them plummeted in terms of bike ridership, because so much of their biking prior to the pandemic, was contributed to by commuting, right. And as commuting to downtown areas of cities like San Francisco, Boston and New York plummeted, you know, so did the total bike ridership in those cities. 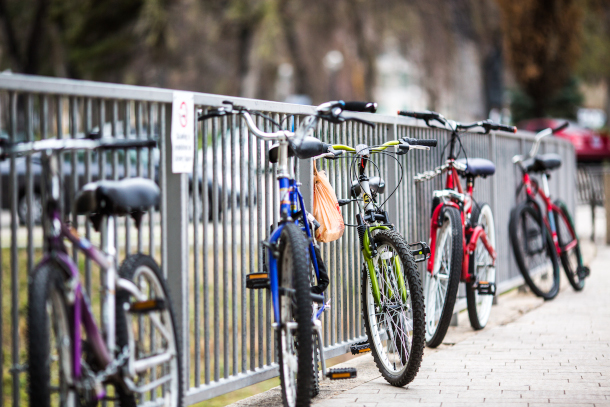 Most federal funding for biking infrastructure comes from the Fixing America’s Surface Transportation Act. The FAST Act is set to expire on September 30, 2021. (Photo: Thomas Hawke, Flickr, CC by NC 2.0)

DOERING: So why do you think some cities were more successful at keeping these cycling rates up than others?

MORZYNSKI: Absolutely. So it's things like weather, for example, where, you know, we've seen a lot of communities across Florida maintain their gains. They also happen to be communities with good recreational infrastructure. But, you know, I think the other big factor is you saw a number of cities shut down car traffic to make streets safer for walking and biking. And we called out, you know, Denver and Oakland, California in the report as ones that have shut down a significant number of roadways. But in many cases, the same cities have also taken steps to build, not just temporary infrastructure, but permanent, safe infrastructure for biking. So whether it be separated bike lanes, or you know, changes in signals that allow for bikes to go through without cars going by at the same time, you know, cities that have taken those steps are seeing some of those gains, because you know, people feel safer to get back on the road, even as cars start to get back on the roadway. And ultimately, a lot of it comes down to safe infrastructure in the right place. It's hard to expect, you know, bike ridership to go up other than on the back of the fact that people have purchased bicycles and, and they'd like to continue to use them, right. But ultimately, if you bought a bicycle and you bought a bicycle for your children, and you don't think that, you know, you can ride them safely, you'll you know, you'll leave them in the garage. So we really do think that keeping these gains relies on both safe infrastructure and access.

DOERING: Martin Morzynski is VP of Marketing for Streetlight Data. Thank you so much for joining us, Martin.

MORZYNSKI: Thank you so much, really enjoyed the conversation.

Business Insider | “The US Wasn’t Equipped for the 2020s Cycling Boom. It’s Failures Stem from a Century of Leaving Bikes Behind”