Biden’s Pen and the Climate

In his first days in office, Joe Biden signed a flurry of Executive Orders, including several to fight against climate change and protect the environment. (Photo: Official @POTUS Twitter)

President Biden has signed more executive orders in his first weeks than any president since Franklin Roosevelt in the 1930s, and many of those orders focus on protecting the environment and fighting against climate change. Jody Freeman, professor at Harvard Law School and former Counselor for Energy and Climate Change in the Obama White House, joins Host Bobby Bascomb to dive deeper into how these actions lay the groundwork for strong climate policy and green investment.

DOERING: From PRX and the Jennifer and Ted Stanley studios at the University of Massachusetts Boston, this is Living on Earth. I’m Jenni Doering

President Biden has signed more executive orders in his first weeks in office than any other president since Franklin Roosevelt back in the 1930s. And many of President Biden’s executive orders have focused on the environment and climate change. On his first day in office the president re-joined the Paris climate agreement, cancelled the Keystone XL pipeline, and directed federal agencies to review Trump era environmental policies. Now, he’s followed that up with several more executive orders. Jody Freeman is a professor at Harvard Law School and served as Counselor for Energy and Climate Change in the Obama White House. She says the latest round of executive orders puts in place a “whole of government approach” to embed climate change considerations in everything that the government does.

BASCOMB: On the campaign trail President Biden pledged to stop new oil and gas leases on public lands and he made good on that promise with his second round of executive orders. But Jody Freeman says an executive order isn’t really a permanent solution.

FREEMAN: Making it permanent is a little bit tricky because the law is unclear about whether a president could just announce that there will be an absolute moratorium forever issuing any new oil and gas leases. Instead, what you see the administration doing is saying we're going to pause this, we're going to do a comprehensive review. And they'll conduct an environmental analysis, which will take some time. And the practical effect of that is that it will take a year or two or maybe even more, to figure out whether the environmental considerations in any new leasing program are being adequately considered. And so this is likely to look more permanent than temporary because of that. And there might be some leases that have already been issued, like the leases in Anwar, for example, the Arctic National Wildlife Refuge that the administration might try to pull back. So this would be an unusual situation because they've already been issued, but the argument there would be they were improperly granted, the environmental analysis with a climate change analysis was inadequate, and therefore they're reconsidering them. 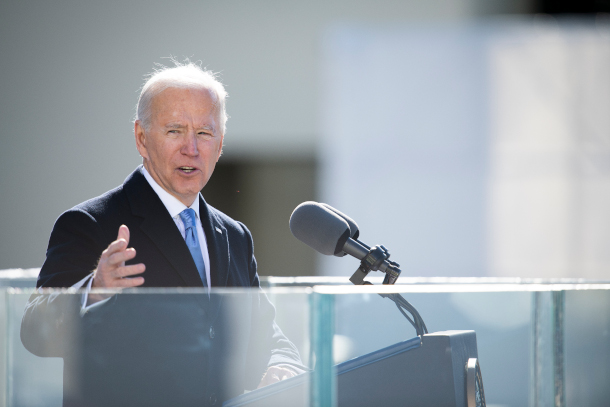 BASCOMB: Now one of President Biden's other executive actions was to reestablish PCAST, or the President's Council of Advisors on Science and Technology, which President Trump neglected to do during his first few years in office. What role do you think the council will have in the President's climate agenda?

FREEMAN: I think it's a very strong signal in the executive order that science is back, I think you see laced throughout both the first order I talked about, the second one that came later, is a real respect for science, wanting to make sure science is at the top of the agenda, because there was so much erosion of science and undermining of scientists in the Trump years. So what I think this signals, with PCAST being reconstituted, is that the President's gonna listen very carefully to the scientists and technologists, engineers and other experts so that policy will be informed by science rather than policy in spite of the science, which I think is what we saw in the Trump administration. And the level of expertise that you see the administration putting in place in terms of the nominations that have been made, the appointments that have been made, even the acting officials that have been put in place temporarily to run the government, the clear message is hyper-competence. These are people who either bring tremendous scientific expertise or knowledge of the field, or experience in government, and to a person, they know their way around. They know how policy ought to work, and they know how these agencies ought to work. And so it's very impressive what we're seeing put in place compared to what we have seen over the last four years.

BASCOMB: And what is President Biden planning in terms of helping people that are going to, you know, perhaps lose their jobs when we move towards a cleaner economy, you know, if they work in coal, or oil extraction, that sort of thing. And for that matter, environmental justice communities, which have been bearing the burden of environmental pollution for many, many decades here. 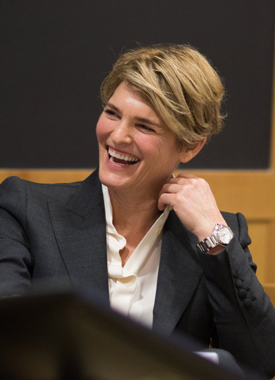 FREEMAN: On the campaign, the Biden team made a really concerted effort to emphasize that they want to put in place an economic revitalization plan for the hardest hit communities, resource extraction communities that depend on fossil fuels so that they don't wind up on the losing end of an energy transition. And the Biden-Harris team pitched the clean energy transition as a transition with good union jobs. And that's really important to the economic agenda, which is actually included in the climate order. And that's why I think it's so noteworthy. It's a plan to start an inter-agency working group on coal and power plant communities economic revitalization. The other thing they're doing here very prominently is environmental justice. I mean, you see it all over these executive orders, you know, every agency is going to have an environmental justice officer, EPA is going to have an environmental justice Advisory Council, the Department of Justice, is embedding environmental justice in what it does. So what is this about? This is about taking into account that low income and minority communities have borne a disproportionate burden from environmental harms in the past, and try to make sure they do not continue to bear those burdens in the future. And there is a program in this executive order called Justice 40, which is an initiative to try to ensure that 40% of the benefits of all federal investments in this area go to disadvantaged communities. And I mentioned that because this is the first time we've seen environmental justice and a concern about resource extraction communities so prominent in a president's climate plan. I think it's really a special feature of the Biden-Harris team's vision. And it's really notable that it's made it into these plans.

BASCOMB: Well, as you you mentioned, Jody, there's a lot here. That's a very ambitious agenda that President Biden has set. But how do you think he can ensure that some of these executive orders aren't simply going to be reversed by the next person to take office? What are you looking for in the next four years here?

FREEMAN: What I'm looking for is a really robust effort by all the agencies to put programs in place, to put spending in place, to use their influence and their authorities, not just regulations, but every tool at their disposal. It is absolutely true that when you use your presidential power, when you use your executive branch agencies, a new administration can seek to reverse it. That's just the price of doing business. That's the cost of doing business. But the faster you can move, the further you can go, the more you can help steer private sector investments so that you have momentum. And you have some members of the private sector, some corporate leaders who are with you, and who want to see that continue, then you've got some traction that might actually hold in a future administration. What you're trying to do in the clean energy transition is get investments directed the right way. You want the next generation of power plants to be clean to be producing renewable energy, you want wind farms and solar farms, not coal-fired power plants. What you want to do with your presidential power is steer private sector investment. And that's what can be more permanent. And you can't ever inoculate an executive order from reversal. And you can't stop a rule from being reversed either. But what you can do is steer investments and get momentum embedded so that we're heading in the right direction of a clean energy transition, which becomes much harder to turn around if you get the private sector moving forward.

BASCOMB: Jody Freeman is a professor at Harvard Law School and served as Counselor for Energy and Climate Change in the Obama White House. Jody, thank you so much for taking the time with me today.

FREEMAN: My pleasure. Thanks for having me.

Read more on all of President Biden’s Executive Orders