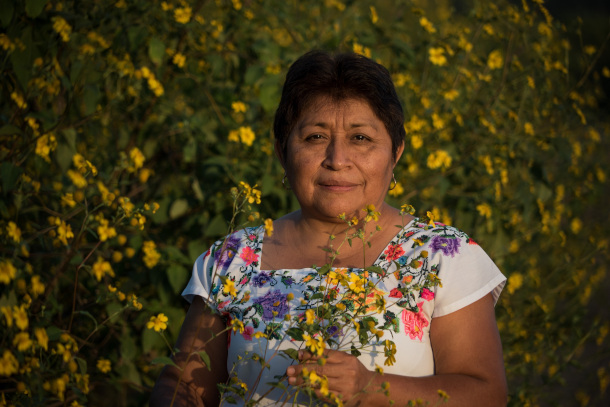 Leydy Pech is a Mayan beekeeper known as “la guardiana de las abejas” or “the guardian of bees”. In this picture, Leydy is holding a flower called “tajonal”, which is a source of nectar for the bees in Yucatan and the surrounding region. (Photo: Courtesy of the Goldman Environmental Prize)

A Mayan beekeeper who organized a grassroots campaign to stop the use of genetically modified soybeans and glyphosate on her people’s territory is the 2020 Goldman Environmental Prize recipient for Central and South America. Leydy Pech joined Host Bobby Bascomb to talk about the legal battle to protect the environment and the indigenous Mayan community’s ancient practice of beekeeping.

BASCOMB: For the Mayan communities of Northeastern Mexico beekeeping is a sacred practice that goes back more than 3,000 years. And the forests of the Yucatan peninsula, full of flowering plants, are an ideal location for raising bees and producing honey. But starting in 2012 farmers in the region began growing soybeans that had been genetically modified so they could be sprayed with the herbicide glyphosate without damaging the crop. But, glyphosate is considered a probable carcinogen by the World Health Organization and bee keepers in the region soon had a problem. Leydy Pech, a Mayan woman and beekeeper, noticed her bees were disoriented and dying on a large scale. So, Leydy began organizing her community to push back against the use of glyphosate on their land. Her efforts went all the way to the Mexican Supreme Court which ruled five years ago that indigenous people must be consulted before GMO soy and glyphosate can be used on their lands. For her work, Leydy won the 2020 Goldman Prize for North America. I started by asking her about what got her started with beekeeping. 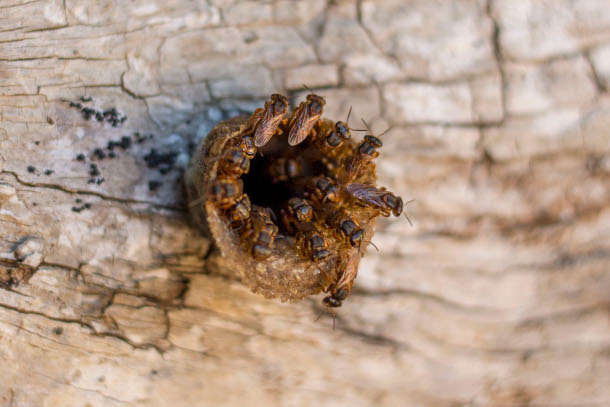 PECH: Well, my relationship with bees has been ancestral. My grandparents kept bees and they mostly took care of a bee called melipona beechei. But the bee hives were kept in the forest, a more natural way of beekeeping. In my municipality, most families are beekeepers, and a large part of the honey production is exported to Europe. So beekeeping is a patrimony for indigenous community and honey provides an essential income for my family.

BASCOMB: And about a decade ago, farmers started growing genetically modified soybeans and seven Mexican States along the Yucatan Peninsula. How did those crops affect you and your bees?

PECH: When the soy harvest began in our region, there were serious effects on our land and bees there was more deforestation, which led to a loss of animals in medicinal plants. There was water contamination and health problems from permanent exposure to pesticides. When agricultural permits were given for GMO soy production, there weren't adequate environmental studies conducted and our dependence on the forest for sustenance has not been taken into consideration. 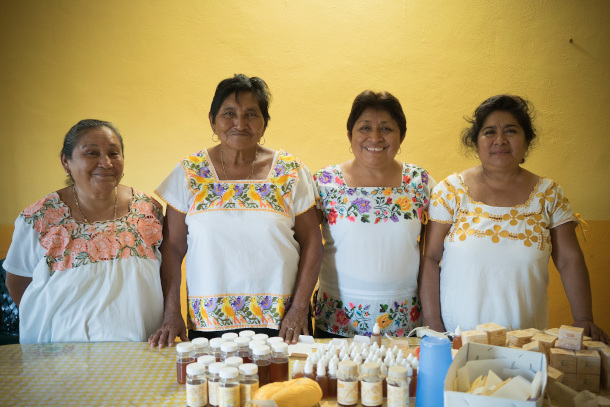 2020 Environmental Goldman Prize winner, Leydy Pech (second from right), next to “las damas de la miel” (the women of honey), who are defenders of the Melipona beecheii. Leydy is a member of the Koolel-Kab/Muuchkambal, an organic agroforestry cooperative where Mayan women lead the way. (Photo: Courtesy of the Goldman Environmental Prize)

BASCOMB: And what kind of changes if any, did you notice in your bees when they started farming with genetically modified soybeans in your region? And how did it affect the honey for that matter?

PECH: Well the first things I began to observe, where the death of bees at a massive rate. Why? Because contrary to what we were being told, bees do pollinate soy. Glyphosate, a herbicide used to control pests is applied to soy fields at a massive rate. Glyphosate has been categorized as a possible carcinogen by the World Health Organization, and glyphosate is still being applied to crops on our land. There are also other dangerous pesticides which affect our bees, such as neonicotinoids neonicotinoids are extremely dangerous for bees. They change the behavior of my bees. As my bees began to leave their hives in search of nectar. They became disoriented, got lost and stopped coming back. Also the bee started producing less honey because of deforestation for soy. Bees depend on the plants in the forest to produce honey. So less forest means less honey, which means less money for families who keep bees. The killing of our bee has led to more poverty in our communities.

BASCOMB: Now, what did you do when you realize that these genetically modified soybeans were such a problem for you and your community? How did you approach this problem?

PECH: Well, my reaction was to begin to organize already to invite women and leaders from surrounding communities. multiple organizations around the mining community showed solidarity and began to help us with legal support. We were able to conduct studies and prove that our water has glyphosate residue in the urine of children and field workers who were close to the soil crops was tested in glyphosate residue was found. 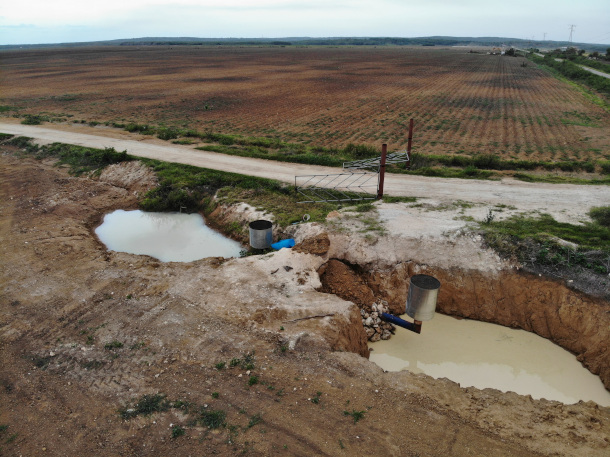 Deforestation in Hopelchén, Mexico has led to a decline in bees, and glyphosate used for GMO soy production has contaminated water supply in the region. (Photo: Courtesy of the Goldman Environmental Prize)

BASCOMB: And so you took this fight all the way to the Mexican Supreme Court, which unanimously ruled in your favor that the government must consult indigenous communities before they plant GM soybeans. How has that worked out though? Have they actually respected that ruling? And how have things changed for your community and the bees?

PECH: Well the protection granted was by the Supreme Court in 2015, prohibits the cultivation of genetically modified soy beans, a rule that the government must consult with indigenous peoples of compassion Yucatan. Unfortunately, that ruling was not respected by Mexican authorities. Today, transgenic soy is still being cultivated in our land. In 2018. As a collective mining community, we decided to wait for the incoming government and appeal to them to respect our rights. The new government promised that they would respect the consultation process, but that didn't happen. Unfortunately, the situation remains the same with the current government. Today we keep fighting for recognition and respect of our sovereignty as an indigenous community.

BASCOMB: So it sounds like there's still a lot of work to be done. What's next for you, Leydy? Now that you've won the Goldman prize? What are your future plans?

PECH: I think that the golden price highlights our determination to continue this fight. I think that struggles like these are long and generational. And it's our responsibility to involve our children and our grandchildren in our fight for justice. Because at the end, having learned to call your own is having a sense of belonging, seeking. So what follows with a price is to continue the word water and essentially, solve it this way. This award reaffirms my conviction to defender my territory.

BASCOMB: Leydy Pech is a defender of Mayan territory and the 2020 Goldman Prize winner for Central and South America. We reached out to SENASICA Mexico's agency responsible for enforcing the Supreme Court's ruling but we did not receive a response in time for broadcast.


Learn more about Leydy Pech and the Goldman Prize