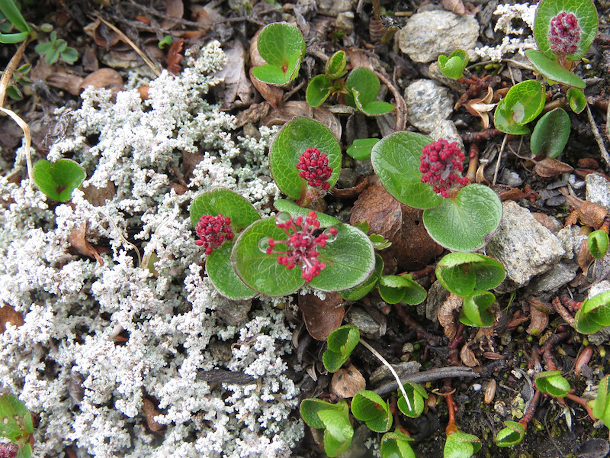 This week Environmental Health News Editor Peter Dykstra and Steve Curwood go Beyond the Headlines to talk about how scientists are taking a close look at Arctic ‘browning’ of tundra plants in addition to greening as the region warms. And in another climate consequence, Norfolk, Virginia is already experiencing such sea level rise that its stormwater systems are becoming overwhelmed. In the history calendar, it’s 50 years since Marvin Gaye released “Mercy Mercy Me (The Ecology)”, his song which decried air and water pollution, radiation, and other environmental ills and became an R&B and pop sensation.

CURWOOD: It's time now to take a look beyond the headlines with Peter Dykstra. Peter's an editor with Environmental Health News, that's EHN.org and DailyClimate.org. On the line now from Atlanta, Georgia. Hi there, Peter. How you doing?

DYKSTRA: Well, hi, Steve. Here in Georgia, we're recovering from the bonus two extra months of slimy mean, ugly attack ads coming from both parties, and both sides for two Senate seats. But to answer your question shorter, I'm fine.

CURWOOD: Yeah. Well, you know, we got a democracy. What do you have for a story for us today?

DYKSTRA: Well, a story about how scientists are using tree rings in a part of the world that have no trees. Aren't they clever, those scientists.

DYKSTRA: It's a new study of growth rings in Arctic shrubs that appeared recently, in the proceedings of the National Academies of Science revealing a trend that's surprising in the Arctic. We're looking at a lot of greening vegetation everywhere because of the warming temperatures, but little tiny tree rings that also exist in twigs and branches in shrubs show that shrubs in the Arctic are experiencing browning, because summer conditions in the tundra have grown too hot and too dry.

CURWOOD: Oh boy, if the Arctic gets browner, that means that more heat will be absorbed from the sun, and it'll, it'll warm even faster.

DYKSTRA: And the Arctic already has plenty of troubles as it is.

CURWOOD: Okay, Peter, what's another story you have for us today beyond the headlines? 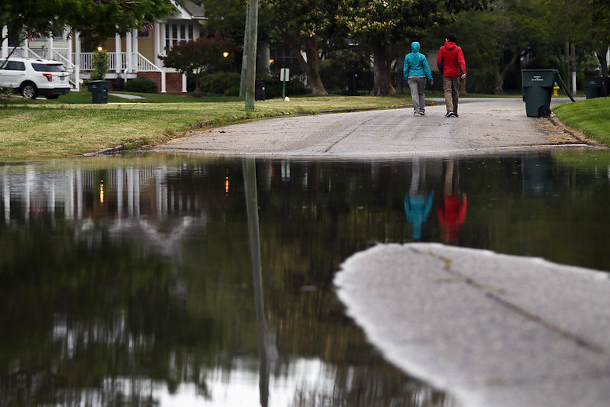 DYKSTRA: This one comes from the Hampton Roads area of City of Norfolk, Virginia, particularly, and down there at the mouth of the Chesapeake Bay, rising tides have not only threatened residents during storms, but they've kept the region's storm water systems at 50% capacity, even when it hasn't rained. Even when there hasn't been a high tide. And the result has been very, very little room in that storm water system to do what it is intended to do. And hold out substances for treatment, returning cleaner water to the Chesapeake, and to Hampton Roads, and the Atlantic Ocean.

CURWOOD: Boy, that's not gonna get better for a place that is what, really important to the US Navy? There's a big base there, what other things happen in Norfolk?

DYKSTRA: It's a naval base, it's a major US seaport, and it's a pretty big metro area, much of which is already very wary of what storms can do to the city, coal docks, the naval docks, and everything else that by nature have to be at sea level, even if the sea level doesn't want to stay where it is now.

CURWOOD: Let's have some fun with history today, I hope. Fun story?

DYKSTRA: It's a fun story in the sense that it involves a really great song. The message from the song, not so much fun. But it's been 50 years since the late Marvin Gaye recorded Mercy Mercy Me (The Ecology). Marvin Gaye was already an R&B giant, a Motown legend, and he put together an introspective moody string of songs written in 1970, after his partner Tammy Terell died of a brain tumor. Marvin Gaye and Tammy Terell were absolute hitsville in the late 60s. Marvin took a break after Tammy's death, but this song Mercy Mercy Me (The Ecology) decries mercury in fish, pollution in freshwater, in saltwater, in the air, radiation and more. 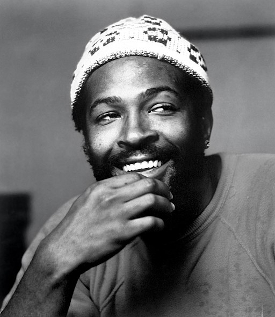 Marvin Gaye in 1973, 2 years after the release of “Mercy Mercy Me (The Ecology)” (Photo: Jim Britt, Wikimedia Commons, public domain)

CURWOOD: Now, I don't think this was the brand of Motown Records back in the 70s to be doing ecology, huh?

DYKSTRA: No, the closest thing they got to pollution songs were the ones that came from Smokey Robinson, get it? Had to get that one in there. But Berry Gordy, the Motown Records empresario, is said to have absolutely hated it. Berry Gordy denies that, but when it was released as a single in the summer of 1971, Mercy Mercy Me (The Ecology) made it to number one on the R&B charts, and number two on the pop charts.

CURWOOD: Thanks, Peter. Peter Dykstra is an editor with Environmental Health News, that's EHN.org and DailyClimate.org. We'll talk to you again real soon.

DYKSTRA: Real soon it'll be. And since this is our first one in the new year, happy new year. Hope it's better for everybody.

CURWOOD: I have to agree with that. And there's more in these stories on the Living on Earth website. LOE.org.