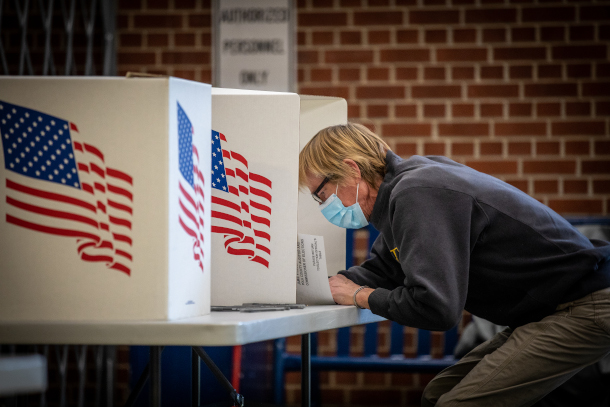 An estimated 850,000 registered voters in Georgia consider climate or the environment to be their top priority when it comes to voting. (Photo: Phil Roeder, Flickr, CC BY 2.0)

The 2020 Presidential election had a historic turnout, including young voters and voters of color, who are statistically more likely than other voters to list climate or the environment as their top priority when voting. Nathaniel Stinnett, Founder and Executive Director of the Environmental Voter Project explains to Steve Curwood how turnout of environmentally-focused voters might influence Georgia's twin US Senate run-off elections January 5th.

CURWOOD: The November general election in Georgia was very close, and the two Senate seats will be decided in runoffs January 5th. So to see how environmental and climate voters might influence those races we called up Nathaniel Stinnett to crunch the numbers. He’s founder and executive director of Environmental Voter Project. Welcome back to Living on Earth, Nathaniel!

STINNETT: Thank you, Steve. It's so great to be back.

CURWOOD: Nathaniel, please remind us how you determine who is and who isn't an environmental voter.

STINNETT: We actually have a pretty high bar for what it means to be an environmentalist. We're focusing on people who don't just care about climate or the environment, but they actually prioritize it as their number one issue over all others.

CURWOOD: All right, so we've talked before about the demographics of environmental voters, please remind our listeners about that, again.

CURWOOD: What kind of estimate do you have of how many environmental voters there are in the United States?

CURWOOD: All right. So, among these environmental voters, folks who say that this is number one, and they're registered to vote, what percentage turn out for elections?

STINNETT: Well, the data is still out on the presidential election that we just had. What we do know is that in 2016, so the 2016 presidential election, only half of those registered environmentalists showed up to vote. But the good news is, we have reason to believe they turned out at a much higher rate in 2020. Because even though we don't have all the data, we do have data from early voting. And what we do know from early voting is that people who listed climate or the environment as their number one priority, were voting at a 15 percentage point higher rate than the general electorate in early voting.

CURWOOD: So let's talk about Georgia, now. What was the turnout for folks that you have identified as environmental voters in Georgia in the recent presidential election?

STINNETT: The Environmental Voter Project in Georgia was targeting over 200,000 environmentalists who had never, ever, ever voted before. So that's what we were targeting in the state of Georgia for the presidential election. And we know that 69,000 of them voted early. I want to reiterate, these are first time voters. They had never, ever voted before. And they cared so deeply about climate and the environment that it was their number one priority. And they showed up early. And so yeah, that's an incomplete picture. We don't know who did and didn't show up on Election Day. But by any objective measure, that's extraordinary. When you have almost 70,000 first-time voting environmentalists show up early? Yeah, they were fired up on November 3. 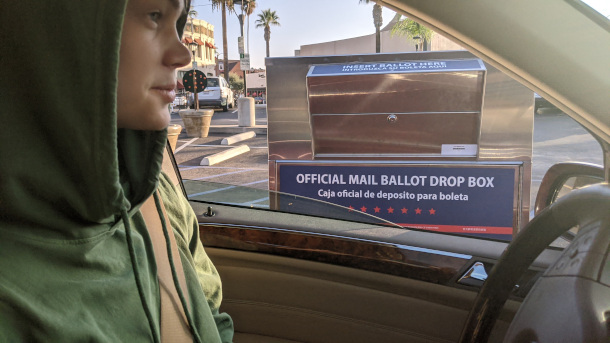 The Environmental Voter Project works to get already-registered voters who prioritize the environment to show up to the polls. (Photo: cyclotourist, Flickr, CC BY-NC 2.0)

CURWOOD: Let's talk about the ethnic composition, now in Georgia, looking ahead at this run off. I guess, historically, Nathaniel, Black voter turnout has been lower in runoffs compared to white voter turnout. How important is the Black vote in influencing the outcome of these two Senatorial runoff elections?

STINNETT: The Black vote is crucially important to the outcome of these two Senate elections. Crucially important. Because you're right, Georgia always sees a significant drop in turnout, when you go from a general election to a runoff. So as an example, let's just go back to the last big statewide runoff they had in Georgia, which was in 2018. In 2018, 3.9 million people voted in Georgia's general election, but only 1.47 million voted in the runoff. So 37% of the General's turnout. It was just a huge, huge drop. And yes, Steve, you're right. Black and Brown voters are a big part of that drop off, them staying on the sidelines. And so, this time around, there's no doubt in my mind that who decides to stay on the sidelines and who decides to vote again, will be everything. It will be everything to this election, because if you're Loeffler or Perdue or Ossoff or Warnock, any of the four candidates, you have no idea how many people are going to show up. You don't know if it's going to be 2.5 million, 3 million, 4 million. And that's a huge, huge spread.

CURWOOD: So, how important is the issue of the environment and climate change among Georgia's voters?

STINNETT: Yeah, so what we see in our research is that Georgia is almost right in line with the entire country, with the number or percentage of voters who list climate or the environment as their top issue. Our research shows that 11% of Georgians, so just one tick, one percentage point lower than the national average, have a really, really high likelihood of listing climate or the environment as their top priority. That's a significant percentage. And in real numbers, what that means is, there are about 850,000 climate-first and environment-first voters in Georgia who are registered. And so yeah, they could absolutely be a difference maker on January 5, but only if they show up. 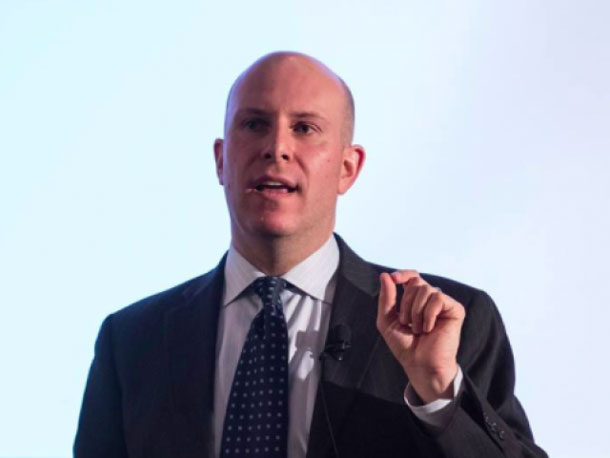 CURWOOD: So, how do you persuade folks who you think aren't gonna show up, to show up?

STINNETT: Well, we use two different approaches. The first is we just educate them on all of these new easier ways that they can vote. Especially when you are an unlikely voter, someone who does not have a history of voting in elections, you might not know that you can vote early in person. You almost certainly do not know that you can go online and request a ballot be mailed to your house. So, one aspect of what we do is just educating them, making sure they understand that, actually, voting is a lot easier than you might think it is. And then the second step is because at the Environmental Voter Project, we aren't trying to change minds, we aren't trying to convince people to care more about these issues. We're just finding the ones who are already with us and trying to get them out the door and get them to vote. We have the luxury of our messaging being completely agnostic. I mean, all we care about is behavior change, Steve, so we could talk about chocolate chip cookies, if that was the best way to get these people to vote. And what we have found is the best way to change their behavior is to treat them as social beings rather than rational beings. We never tell these people, hey, you care about climate change, so it's really important for you to vote in this one election. And we don't try to rationally convince them of the value of their one vote in an election of millions. Instead, we use little, like, sort of peer pressure and social pressure messages. We'll say things like, hey, Steve, did you know last time there was an election, 73 people on your block of Main Street showed up to vote. Just teeny, little nudges like that, making them realize that they might miss out on something that all of their neighbors are doing. Another thing that we're doing is there are a whole bunch of environmentalists who we think are unlikely to vote on January 5, but they just voted in the presidential election. Because remember, turnout falls, turnout goes down in these runoffs. And so, what we've been doing is we've been sending thank you notes to these people who just voted, to positively reinforce their behavior. We're following up with them. And we're saying, hey, we know that you just voted for the first time in this presidential election. Congratulations. Preserve your good voting history. There's another election coming up on January 5.

CURWOOD: Well, let's see what happens. Nathaniel Stinnett is the founder and executive director of the Environmental Voter Project. Nathaniel, thanks so much for taking the time with us today.

STINNETT: It was my pleasure. Thank you so much for having me, Steve.