Green Questions on the 2020 Ballot 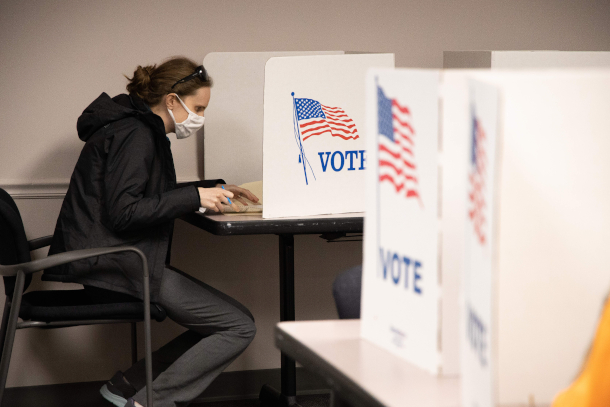 Despite so much uncertainty during the 2020 presidential election, there have been some concrete answers on key environmental ballot questions across the country. Dharna Noor, staff writer for Earther, tells Host Aynsley O'Neill about the outcomes of the green ballot measures in the 2020 election.

O’NEILL: The uncertainty of the 2020 presidential election loomed large this year but several key environmental ballot measures were clearly decided on November 3rd. In Columbus, Ohio the electorate overwhelmingly voted to pledge the city to run on 100% renewable energy by 2022. Here to explain that decision and several other referenda across the country is Earther staff writer, Dharna Noor. Dharna welcome to Living on Earth!

NOOR: Thanks for having me.

O'NEILL: So, Ohio as a state, went red this year; voting for President Trump and having most of their House seats go to Republicans and they're a major fracking state but, Columbus, Ohio actually approved Issue 1 for Community Choice Aggregation. It passed in a landslide with 75% of Columbus locals voting yes. Could you tell us about that, please, Dharna?

NOOR: Yeah, I think this is a really exciting measure, because it will essentially give the government the power to buy electricity for residents of Columbus instead of utilities choosing. So, Columbus specifically is doing this with the goal of powering all homes and businesses with renewables by 2022, which is obviously a really ambitious timeline and one that's, you know, really in line with the best available science. And I think that's possible, because it's Columbus, Ohio. It's not, you know, the entire country or even entire state, Columbus's population is just 900,000-ish people. But I think that, you know still, ballot initiatives like this can make a really big difference in shifting public opinion, and also really like offering residents cheaper rates and more choices for renewable sources of energy and, you know, taking some power away from the private utility companies who have their interests in making a profit and not in, you know, protecting the planet and people's pocketbooks.

O'NEILL: And are there any similar ballot measures in any other parts of the country, Dharna?

NOOR: Yeah, actually another city, East Brunswick, New Jersey also passed Measure 4, which was another ballot initiative to create a Community Choice Aggregation program. Its timeline was a bit less ambitious. Their residents and businesses would have access to 100% renewables by 2030, but that's still a pretty ambitious timeline. And it is, you know, in line with what scientists say that we need to do in terms of changing our energy sources. So, still good.

O'NEILL: And let's move on over now to Louisiana, where an amendment that would have allowed property tax exemptions for the fossil fuel industry was voted down. Can you explain the goal of this amendment, and why blocking it was such a win for environmentalists? 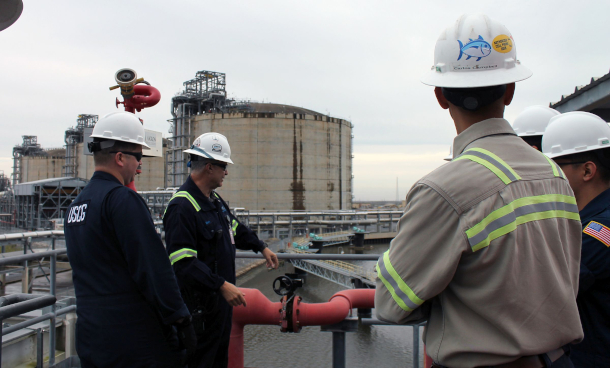 NOOR: Yes, I was really anxiously awaiting the results of this vote. And I was really, really heartened to see that Louisiana voters struck down Amendment 5. Essentially what this could have done is exempted the fossil fuel industry and the petrochemical industry from having to pay property taxes in the state of Louisiana forever. So, this would do so by essentially expanding the state's constitution to let local governments start what they're calling "cooperative endeavor agreements" or "payments in lieu of taxes" with companies, which would allow companies to stop paying taxes and instead make these comparatively really small payments to the state government. And the main lobbying force behind that measure is Cameron, which is this liquefied natural gas firm. Cameron, like Cameron Parish, the area that saw a really dangerous petrochemical leak when hurricanes whirred through the state earlier this year.

O'NEILL: And so what would the impact have been if this ballot measure had passed?

NOOR: So again, the main lobbying force behind the measure was this liquefied natural gas company, Cameron. And just for instance, based on their agreement with the state last year, they paid $38,000 in taxes, which seems like a lot. But if they'd had to pay their full taxes, they would have paid $220 million. So it's pretty clear that these "payment in lieu of taxes" agreements just allow these polluting companies to get away with paying far less, and behave as though they're doing something really great for the people of Louisiana. If this measure had passed, their agreement could have lasted forever, rather than expiring next year. And, you know, it could be expanded so that many, many other companies could obtain the same kinds of agreements. And that's really important because petrochemical companies and natural gas companies are really, really popular in Louisiana, it's home to multiple petrochemical hubs.

O'NEILL: So Dharna, are there any other ballot measures that you've been keeping your eye on? 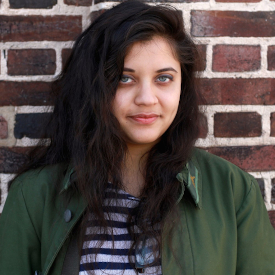 Dharna Noor is a staff writer for Earther, from Gizmodo. (Photo: Courtesy of Dharna Noor)

NOOR: I guess one that's, you know, a little anticlimactic, but good is that Question 6 in Nevada passed. That's going to require the state's utilities to get 50% of their electricity from renewables by 2030. The state actually passed this measure in 2018. But in Nevada, voters have to pass amendments in two election cycles. I think that, you know, this is, as I said, a bit anticlimactic and really shows, you know, sort of the importance of local measures, but also sort of the need for more ambitious ones. 50% by 2030 is not really a quick enough timeline, according to reams of research from you know, the top climate scientists. By then we really need to be moving toward 100% renewable energy. Hopefully, this will be a good opening for folks to push for more ambitious proposals. And sadly, you know, 50% by 2030 is actually more ambitious than many, many places around the country. But hopefully in coming election cycles, we will take this far, far more seriously.

O'NEILL: Dharna Noor is a staff writer at Earther, from Gizmodo. Dharna, thank you so much for taking the time with me today.

NOOR: Thank you so much.