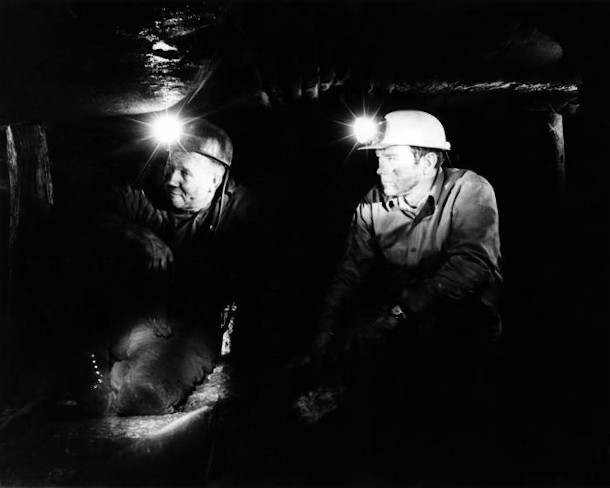 Former coal miners who suffer from black lung disease are especially vulnerable to COVID-19. Caitlin Tan of West Virginia Public Broadcasting covers how Appalachian miners experiencing the debilitating, terminal condition struggle to get the care and government support they need amid a pandemic.

Climate change is a major threat to planetary health, and the people who work in the extraction of fossil fuels face have even more risks to personal health. Consider the coal miners who get black lung disease over years of working in the mines. It’s incurable and now during this time of the corona virus pandemic, black lung disease patients are especially vulnerable. Caitlin Tan of West Virginia Public radio has this report from the coalfields.

COLEMAN: Black lung, it doesn’t get better, it gets worse.

TAN: Black lung is in a way, a death sentence — the lungs gradually deteriorate until the person can no longer breathe. And in the middle of a pandemic, it is only more complicated, Coleman said. He is also the president for the Kanawha County Black Lung Association.

COLEMAN: You gotta wear a mask, and with your breathin’ problems and stuff, it’s hard to walk around and breath through the mask. It’s like sucking in hot air, But I don’t have no choice, with the condition of my lungs and stuff, I can’t take a chance.

TAN: COVID-19 is classified as a respiratory virus. It can affect and even be deadly to the healthiest of people, but the most vulnerable are those with high-risk conditions, such as lung disease and old age — which represent much of West Virginia’s former coal miner population.

WERNTZ: Each different lung disease kind of takes away some of your lung function.

WERNTZ: So that person if they get COVID it bothers their lungs, They’re going to run out of usable lung much faster than somebody who starts out with healthy lungs. 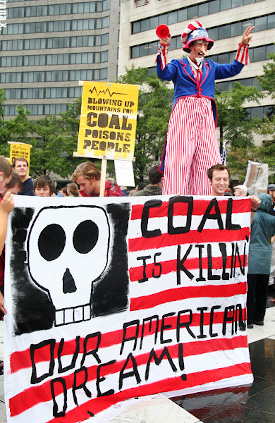 TAN: Since the pandemic began, Werntz said black lung exams were put on hold at the clinic he works at in Cabin Creek. Exams slowly resumed in July, but at half capacity. Typically, he sees six to eight patients a day, but with new COVID protocols, Werntz said he sees three to four — creating a backlog of patients waiting for their black lung exam.

WERNTZ: The longer you wait to do the testing to show that they really have the disease, the longer it is until they can get the benefits, including, you know, potentially medical care if they don’t have some other way to pay for their breathing care.

TAN: Federal black lung benefits include monthly payments and medical coverage for lung treatment – treatment that is expensive, said Jerry Coleman, the former coal miner with black lung. The fight for benefits can be long even without a pandemic. Coleman said he fought for seven years to receive his benefits.

COLEMAN: Until you get awarded it, anything that pertains to you breathing, you have to pay for everything, and you’re not going to, you know, spend exactly what you have to spend, because you don’t have the money to waste. You know? It’s a shame to say but that’s the way it is.

TAN: With COVID severely limiting the number of patients who can come in for their black lung exams, the wait to get benefits keeps growing for some miners. Mickey Pettry, is 63 years old, and he worked in the coal mines much of his life. And although he has been diagnosed with black lung, he’s been fighting for his federal benefits for three years, and now with a pandemic that has politicians scrambling, Pettry says everything is on hold.

PETTRY: The entire focus is on the battle going on up in DC. So, there’s very little attention being paid to anything else.

TAN: In fact, the coal excise tax, which is the primary money for the Black Lung Disability Trust Fund, is set to expire at the end of this year. This means funds for black lung benefits could dry up quickly. This issue is a priority for black lung advocacy associations, said Coleman. He and other members from local associations went to D.C. last year and helped secure the funding through 2020. But with COVID, Coleman said it is harder for the associations to hold meetings and to advocate for the renewal of the legislation.

COLEMAN: Because our voice is what’s gotta be heard, you know, If we don’t speak out, it’s gonna be forgotten.

TAN: In the meantime, things are a lot less social for those with black lung disease. Coleman said he has spent most of his spring and summer at home, trying to social distance. Pettry added that not being able to go to the monthly black lung association meetings takes a mental toll. Many of the members are his neighbors, friends or former coworkers. There is a therapeutic aspect. But now, even going to the store is a risk Pettry said.

PETTRY: I don’t have a lot of tolerance for people now. There’s so many people that think wearing a mask is a joke. It’s highly, highly stressful, People have a right to their opinion, but we can’t afford to say that it’s not real. When they infringe upon our protection, you know I get really upset.

TAN: Pettry does not know what the future holds for him as someone with black lung disease during a pandemic, but he said he is making do with what he has — mowing the lawn, grilling meat on his back porch and occasionally putting on a mask and getting a hot chicken sandwich from Chick-fil-A.


A link to this story from West Virginia Public Broadcasting