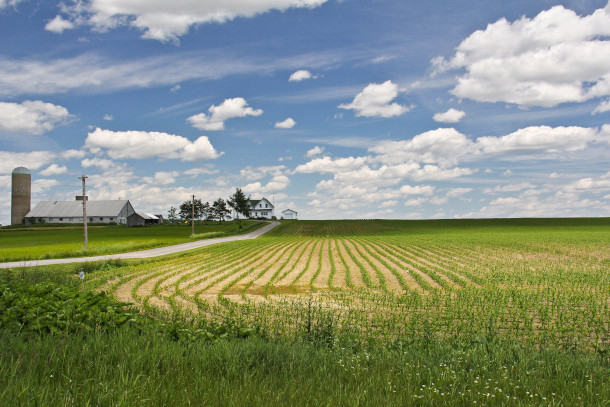 A study published in May 2020 from the National Institutes of Health linked the herbicide dicamba to the increased likelihood of developing one of several kinds of cancer. (Photo: cjuneau, Flickr, CC BY 2.0)

In 2018, the Environmental Protection Agency approved a new, broader use of Dicamba, a powerful herbicide. But a federal appellate court recently found EPA did not adequately consider risks and problems, including costs to farmers who do not use the chemical or who don’t want to buy seeds of genetically modified crops that can tolerate it. Lori Ann Burd, Environmental Health Program Director and a Senior Attorney at the Center for Biological Diversity, joins Host Steve Curwood to talk about the court’s ruling.

BASCOMB: Genetic modification is often controversial in agriculture, especially when it is bundled with pesticide use. In 2018, the Environmental Protection Agency approved the herbicide Dicamba for its use on cotton and soybean plants genetically engineered to survive its application. But on June 3rd of this year, a federal appeals court in San Francisco ruled that the EPA ignored evidence of risk posed by the chemical and did not have enough evidence to support its approval. The court banned farmers from spraying Dicamba and companies from selling it. Four organizations filed the petition that led to that decision, including the Center for Biological Diversity. Lori Ann Burd is Environmental Health Program Director and a Senior Attorney with the Center.
She spoke with Living on Earth’s Steve Curwood.

CURWOOD: So tell me about Dicamba, this pesticide that the court ruled on, how does it work?

BURD: Well, Dicamba is a decades-old herbicide. It hadn't been very popular for a while because it is notoriously drift-prone, and it's also highly volatile. So it doesn't do a very good job at staying where it's supposed to stay. Typically, if you spray a plant with a herbicide, it kills the plant. And so it hadn't been in very widespread use. But just a few years ago, Monsanto and some others requested that EPA approve its use for genetically engineered soybeans and cotton that are designed to withstand what would normally be a fatal, over-the-top use of the herbicide. These are genetically engineered so that you can spray them with the herbicide and they won't die from it.

CURWOOD: So when you say that Dicamba is drift-prone, just how far does it and what does it do when it gets there?

BURD: So Dicamba can drift for miles in the right conditions. And when it gets to the new location, it kills plants. It's an herbicide. So it's designed to kill plants. And so that's why it's had so much controversy around it because when it drifts and then volatilizes again, it is killing plants that it's not intended to be coming in contact with.

CURWOOD: What are the health effects of Dicamba?

BURD: So the National Institute of Health put out a study in May finding that the use of Dicamba can increase the risk of developing multiple cancers, including liver cancer, bile duct cancer, acute and chronic leukemia and mantle cell lymphoma. So this is also not a benign herbicide for humans.

CURWOOD: So what was the experience of the agricultural community with Dicamba being used this way?

BURD: It's been a catastrophic few years, and that was one of the things that the court really highlighted multiple times in this decision. They said EPA failed to consider how Dicamba was damaging the social fabric of rural communities. There were thousands of complaints and farmers are not the complaining type. And so if they're calling their state Departments of Agriculture and saying my non-Dicamba tolerant crops have all been damaged, I've lost my garden, my trees have been killed. That's really significant. There was a murder over use of Dicamba that the court talked about. A neighbor murdered their neighbor because one neighbor complained about the Dicamba use and the neighbor who they were complaining to killed them. 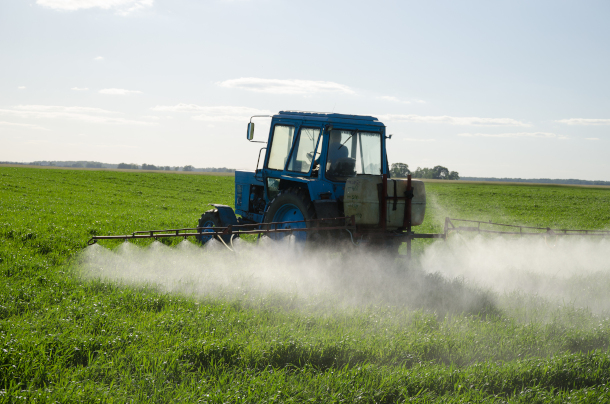 Dicamba has been especially criticized due to its tendency to spread and damage crops in neighboring fields. (Photo: Aqua Mechanical, Flickr, CC BY 2.0)

CURWOOD: So let's go back to this recent case. What exactly was the decision that the Environmental Protection Agency made about Dicamba-based pesticides in 2018?

BURD: So they reapproved the Dicamba formulas for over-the-top use on cotton and soybeans at that time. They had approved it previously and we sued over that first approval also. And then EPA mooted that first lawsuit, which a decision was pending on by issuing a new decision.

CURWOOD: So talk to me about the statute here that this was done by the EPA. This is the Federal Insecticide, Fungicide, and Rodenticide Act. It's known by its acronym, FIFRA. Just how much power does the EPA have under this law?

BURD: It gives them an enormous amount of power and discretion. So unlike other environmental laws, like the Clean Water Act, or the Clean Air Act that have firm benchmarks, the test under FIFRA is whether there are unreasonable adverse effects. So FIFRA requires EPA to do a cost-benefit analysis of new pesticide applications. So they asked them to look at you know, what are the benefits? Growers want a new herbicide product to use for whatever reason, they have weeds. What are the costs? Are there significant environmental costs, social costs economic costs? So what the court found here is that EPA both ignored information about the harms that Dicamba was causing, and it minimized the harms that it did acknowledge. And in doing that cost-benefit analysis, the court found that they both discounted the damage that they were hearing about--that they knew about--in their analysis, and they refused to consider a lot of damage that they should have considered.

CURWOOD: To what extent does this ruling touch on the economic aspects of this case?

BURD: So on the economic impacts, what they looked at was harm to neighboring farms and other entities that experienced drift like resorts, home garden growers, people like that. And they also looked at the anti-competitive impacts of Dicamba, meaning that many growers who did not want to grow the Dicamba-tolerant soybean, were forced to buy the Dicamba-tolerant soybean seeds so that drift from their neighbor's Dicamba use would not kill their soybeans. This forced them to buy a product they did not want, they shouldn't have needed and they had to spend more money on which was unfair.

CURWOOD: So why do you think the EPA made the decision to approve Dicamba-based herbicides in the first place?

BURD: EPA's pesticide office, the Office of Pesticide Programs, has been in the pocket of the pesticide industry for quite a while now. Sadly, this was you know, the office that came out of the legacy of Rachel Carson to protect humans and the environment from dangerous chemicals that weren't being properly evaluated. But they've really taken a turn to being a rubber stamping agency for industry. Even when Dicamba was first proposed for this use, there was broad opposition. Agricultural experts, professors, agronomists--they all said this is going to be too dangerous. And you know, sometimes it's terrible to be right, and this is one of those instances. 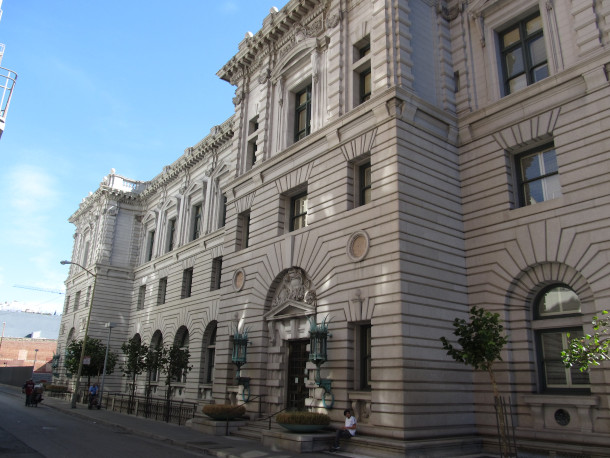 CURWOOD: There's been a lot of coverage on farmers who had planted their crops earlier this year with Dicamba-resistant crops. And now if they follow the law, they can't use that as an herbicide to weed their plantings. So what does this really mean for those farmers and their crops, do you think?

BURD: This means that, once again, they've been let down by EPA and the pesticide industry. This is a crisis manufactured by them. In 2018, we were on the cusp of getting a decision from the court and instead they issued a new decision moving out that ruling and so we couldn't get certainty on what was going to happen on Dicamba then. We filed a new lawsuit on an expedited schedule. EPA took from January until summer of 2019 just to produce a small administrative record. The point I'm making is that if they had not issued a new decision in the winter time before growers made seed-purchasing decisions, if they had not delayed oral argument, it could have been issued much earlier in the season.

CURWOOD: So this ruling by the appeals court sounds like a pretty big slap in the face for the Environmental Protection Agency. What does it mean for this organization and how it has operated under FIFRA, the Federal Insecticide, Fungicide and Rodenticide Act?

BURD: EPA has been ignoring its mandate to protect human health and the environment. And this needs to stop. And in this rebuke, the Ninth Circuit Court of Appeals made abundantly clear that they recognized the fact that growers were forced to buy a product they did not want to buy in order to avoid the damage. But that would benefit industry because they were buying that product. EPA ignored all those things and it's been ignoring the real world harms the pesticides are causing to communities, to our land, to our health to animals for far too long. I do think, going forward, this decision is a powerful spotlight on how much this office needs to change and how urgently reform is needed to our pesticide law, how we need regulators in place that are going to care about protecting human health and the environment from pesticides, and not just regulators who are willing to bend over backwards to give the pesticide industry, whatever it wants, no matter what the cost.

The EPA recently clarified that farmers who have already purchased Dicamba for this year will be able to use it until the end of July. We reached out to EPA for a response to this story. They sent a statement which reads in part,

“EPA stands by its order and will vigorously defend against attempts to limit the Agency’s authority to provide clarity and certainty to farmers.”

BASCOMB: The full statement is available on the Living on Earth website, loe dot org.

St. Louis Post-Dispatch | “EPA Says Farmers Can Use Existing Supplies of Dicamba Even Though a Court Blocked Sales and Use of the Weedkiller”

NPR Short Wave | “The Fight Over a Weedkiller, in the Fields and in the Courts”