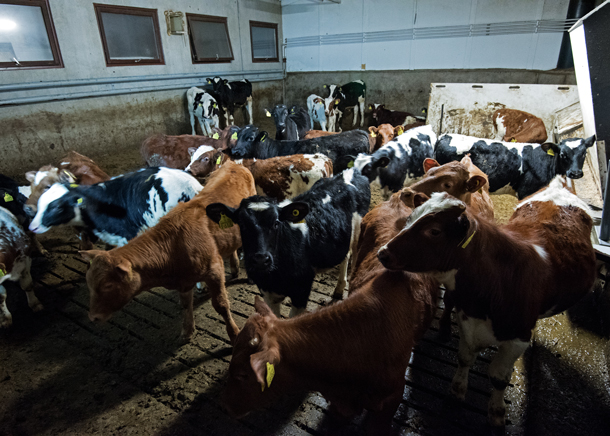 In this week’s trip beyond the headlines, Environmental Health News Editor Peter Dykstra and Host Bobby Bascomb discuss President Trump’s decision to invoke the Defense Production Act, requiring U.S. meat producers to stay open despite the public health risk. They also cover the severe drought in Bulawayo, Zimbabwe, limiting residents to only one day a week of water. And, they look back to the Lacey Act of 1900, the precursor to the Endangered Species Act.

BASCOMB: It's time for a trip now Beyond the Headlines with Peter Dykstra. Peter's an editor with Environmental Health News. That's ehn.org and dailyclimate.org. Hey there Peter, what do you have for us this week?

DYKSTRA: Hi, Bobby. Just about anybody knows who's been following the headlines - I won't use the old cliche of unless you've been living in a cave - although living in a cave sounds better and better. But, Coronavirus has been all over the headlines and they have a lot of major industrial victims, including United States meat packers. President Trump invoked the Defense Production Act in order to force U.S. pork and beef producers to stay open, despite the fact that so many of their workers are getting hard hit by COVID-19.

BASCOMB: Yeah, it's a real tragedy what's happening in that industry.

DYKSTRA: Yeah, but much of the pressure on the U.S. producers comes from the huge growing import and export business with China, one of President Trump's nemeses. The U.S. exported nearly one third of its pork production last year, and a third of those exports went straight to China, in part to help China recover from two years worth of African swine fever, which decimated China's domestic production. And now of course Chinese meat workers, just like their counterparts in the U.S., are dealing with Coronavirus.

BASCOMB: Right, and Smithfield, the largest pork producer in the world is actually owned by a Chinese company, yet their American workers are being required to work during this pandemic, putting their own health at risk to supply meat to China. I mean, doesn't really seem the intention of the Defense Production Act. You know, especially when many American grocery stores are running low on meat.

DYKSTRA: It's not, and there are many other applications of the Defense Production Act that the Administration has been criticized for being too slow, or not enacting at all. This one, particularly, since China has been posed as a nemesis by President Trump, just kind of sticks out as a little weird.

BASCOMB: Yeah, it really does. Well, what else do you have for us this week? 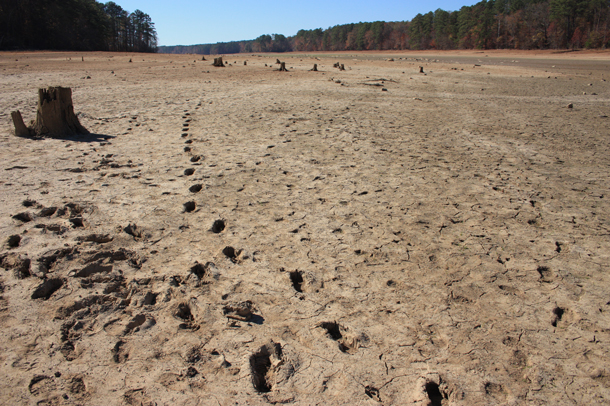 DYKSTRA: We go to Bulawayo, which is the second largest city in the Southern African nation of Zimbabwe. They're in the grips of a non-Coronavirus crisis due to a severe drought that's lasted a few years throughout Southern Africa. Bulawayo's 600,000 people are now limited to one day a week of tap water.

BASCOMB: Wow. Yeah, that's got to make it really hard to keep your hands clean and you know, stay safe from the virus. And of course, about two years ago, Cape Town in South Africa was in a very similar situation of nearly running dry.

DYKSTRA: Yeah, they were literally on the verge of running out of their water supply. Things have gotten slightly, maybe temporarily better there. But, it's a huge problem throughout the nations of Southern Africa. And it may be a huge problem in other areas, even in the U.S. in cities like Las Vegas and Los Angeles that are essentially in the desert atmosphere with more and more demand for water from growing populations. 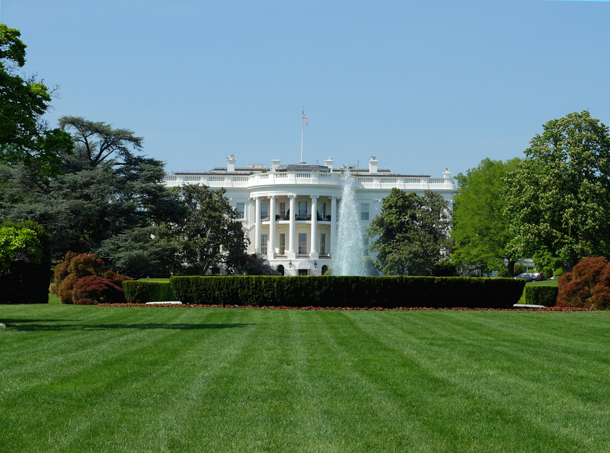 On May 25, 1900, President William McKinley signed the Lacey Act, which has saved many species from extinction. (Photo: Mathieu Thouvenin, Flickr, CC BY 2.0)

BASCOMB: And what was the catalyst for that?

DYKSTRA: Well, one of the catalysts for it was the trade in plumage from colorful birds. Back in the day, plumage was valued for women's hats, and it caused a widespread slaughter for a lot of the prettiest bird species we have out there. The Lacey Act may have been the central fact that saved wild species, like flamingos and many other birds that were being wiped out for fashion. Congressman John F. Lacey - he was a Republican Congressman who predated Teddy Roosevelt as a Washington based conservationist.

BASCOMB: And was he pretty successful with the Lacey Act, do you think?

DYKSTRA: The Lacey Act is still in effect, it's been strengthened. Those beautifully plumaged birds are no longer dropping like flies. Much of that is due to Congressman John Lacey of Iowa, and the Lacey Act. 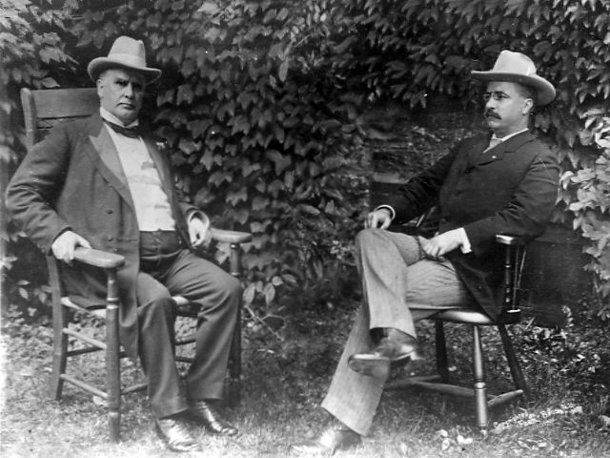 William McKinley, left and Theodore Roosevelt, right. Some believe this is a composite photo hastily made for campaign literature, as Mr. Roosevelt was selected at the last minute during the Republican National Convention in 1900 as President McKinley’s running mate for the latter’s second term, following the death of Vice President Garret Hobart. (Photo: DCPL Commons, Flickr, CC BY 2.0)

BASCOMB: Well, our hats off to him, then.

DYKSTRA: Make sure those hats don't have any plumage in them.

BASCOMB: And there's more on these stories at the Living on Earth website, loe.org.

World Economic Forum | “Cape Town Almost Ran Out of Water. Here’s how it Averted the Crisis”

Learn more about the Lacey Act