Court Blocks Drilling in the Amazon 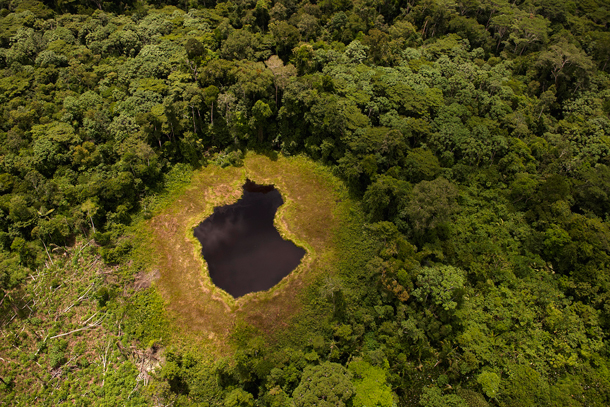 CURWOOD: As oil prices plummet it may make less sense to drill for oil in remote or difficult locations like the Amazon rainforest. Take the Sierra del Divisor in the Peruvian Amazon, which was set aside as a national park in 2016. The national oil company, Perupetro, planned to exploit the area for oil extraction until the courts stepped in to rule in favor of an action filed by the Regional Organization of Indigenous People of the East, ORPIO. ORPIO persuaded the judge in the case that uncontacted indigenous tribes living in isolation in the forest would be harmed by oil extraction on their land. For more, Beatriz Huertas, an anthropology consultant with the Rainforest Foundation in Norway spoke with Living on Earth’s Bobby Bascomb.

BASCOMB: So tell me about the Sierra del Divisor National Park where Peru Petro planned to drill for oil. What's special about this park and the people who live there?

HUERTAS: The National Park Sierra del Divisor is one of the most important protected areas in the country. It covers a vast area of the Peruvian Brazilian border. And there's a lot of biodiversity of mammals, including animals like the Jaguar, deer that tapir. There's also a great diversity of primates and birds. The fauna is also extremely diverse and characteristic of the Amazonian region. And this region of Amazonian rainforest is home to indigenous groups living in voluntary isolation. They decided to isolate themselves in order to keep safe from things like disease and aggression, which was brought forth by people exploiting the forest for latex.

BASCOMB: Well, how would the biodiversity of this area be impacted if oil extraction were to go forward?

HUERTAS: So there has already been an impact from the exploration of hydrocarbons. In this specific section of Sierra del Divisor there have been reflection seismology studies already, and the clearing of forests for roadways as wel as installation of heavy equipment. Although in Sierra Divisor, there has only been oil exploration and no oil extraction yet, there is a significant fear that oil spills can happen in this region. In the northern part of the Peruvian jungle, the Selva Norte oil spills happen all the time, causing a lot of contamination in the rivers the land and the surrounding environment. The impacts are quite horrible affecting the flora and the fauna in the forest and killing animals, plants and degrading water resources. For example, there is lot 135. It's located on the edge of the river Yaquerana, and this is an extremely sensitive area. It regulates the flow of the whole river. But that hasn't been taken into consideration by the Peruvian government or considered important when it comes to making decisions about exploiting natural resources in the forest. 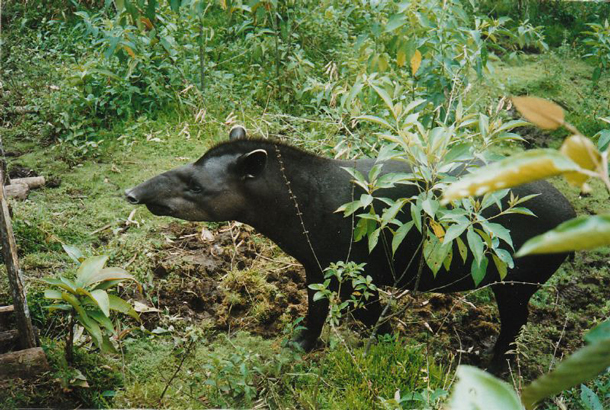 The South American tapir is an endangered species found in the Amazonian rainforest and river basin in South America. (Photo: Elizabeth Prata, Flickr, CC by NC 2.0)

BASCOMB: And what would petroleum extraction mean for the indigenous groups who live in the park?

HUERTAS: Well there is a risk of isolated communities being infected by diseases introduced by oil extraction company workers. That could result in a massive outbreak of deadly illnesses for indigenous people. They don't have immunological defenses, people living in cities and talents have developed throughout the years, and degrading the forest for exploitation would basically damage their main source of subsistence. They don't depend on mass produced agriculture, like people in cities, they basically live off the land.

BASCOMB: Well, that's the thing. I mean, if these are indigenous people living in self imposed isolation and in the forest, they're inherently dependent on a healthy forest for their livelihood for their food, their water, their homes, I mean, everything.

HUERTAS: Exactamente. Yeah, exactly. They depend exclusively on the forest and rivers in Sierra resort to keep them alive. The health of the forest could be considered an indicator of their livelihood.

BASCOMB: So how was an isolated indigenous tribe in the Amazonian rainforest able to organize themselves enough to sue the government and sue Petro Petro successfully in this case, to stop oil extraction in their in their area? 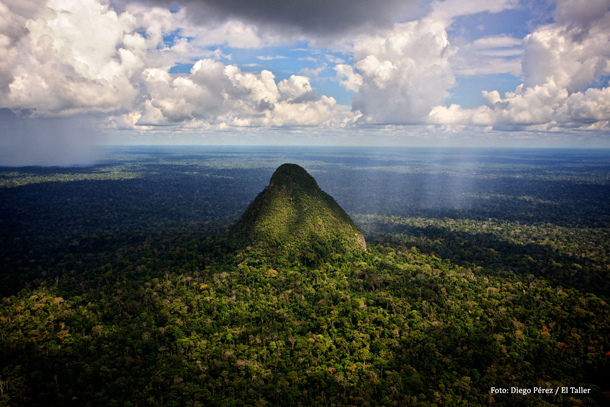 BASCOMB: So how then might the ruling in this case, affect indigenous groups going forward and more, you know, oil extraction in indigenous reserves and national parks and things in the future? I mean, it's a very rich area in oil and minerals and all sorts of things that make companies wealthy.

HUERTAS: This ruling is extremely favorable. It's the first ruling of its kind in Peru. The judge said that zoning for oil extraction in Sierra Divisor must be changed to respect the areas inhabited by indigenous groups in isolation, and that permits for oil extraction in these areas should never be granted again. It is creating favorable precedence for the rights of indigenous groups in isolation. This is establishing respect for their subsistence, and livelihood above money and economic interest. But we also have to consider that this is the first ruling so far, and that the defendants in this case have appealed. We have to work very hard and keep fighting in order to obtain the same verdict in the second ruling.