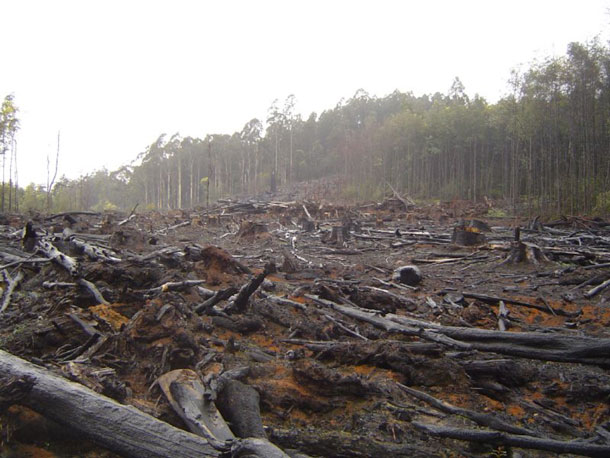 Illegal loggers have threatened the Guajajara Indigenous group as well as their forests. (Picture: crustmania, Flickr, CC BY 2.0)

In light of the murder of Indigenous climate activist Paolo Paulino Guajajara in Brazil, Peter Dykstra and Host Steve Curwood consider the correlation between violence towards environmental activists and authoritarian regimes. They also turn to a dramatic increase in New Delhi air pollution and the measures that the city is employing to fight back, including the distribution of 5 million face masks to school kids. Peter Dykstra wraps up on a more uplifting note by celebrating the Washington Nationals’ World Series Victory with the tale of EPA whistleblower Hugh Kaufman and his alter ego: The Chicken Man.

CURWOOD: It's time now to take a look beyond the headlines with Peter Dykstra. Peter's an editor with Environmental Health News, that’s ehn.org and dailyclimate.org. On the line now from Atlanta. Hi there, Peter. How you doing?

DYKSTRA: Well, hi, Steve. I want to start with something that we touch on, it seems at least once a year. It's not a fun topic, but it's something we have to discuss. There's been another environmental activist, murdered, this time in Brazil.

CURWOOD: This story just comes up too many times. Who is it this time Peter?

DYKSTRA: Paolo Paulino Guajajara is 26 years old. He's an indigenous leader trying to protect a pristine area along the northeastern coast of Brazil. He was ambushed by loggers. Another one of his group Guardians of the Forest was wounded. Paolo was shot through the head and killed.

CURWOOD: Boy, I have to say that it's tough for environmental activists everywhere but it seems like Latin America is especially risky.

DYKSTRA: Yeah, what we always hear is that Honduras is the most dangerous place for environmental activists with a huge death toll and intimidation in the air. We've talked quite a bit about Berta Cáceres, the anti-dam activist who was murdered in 2016.

CURWOOD: Yeah, just after she had won the Goldman environmental prize.

DYKSTRA: Right, and there tends to be common ground between harassment and violence toward environmental activists and authoritarian regimes.

CURWOOD: Okay, here you go. What else do you have for us this week? 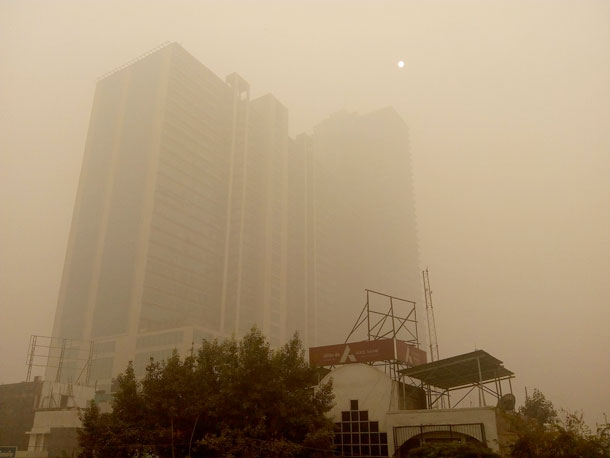 In 2019, New Delhi’s air pollution has been ranked among the worst in the world. (Photo: Sumitmpsd, Wikimedia Commons, CC-SA BY 4.0)

DYKSTRA: Well, it seems India and China are always involved in a gruesome annual competition to see whose cities have the worst air pollution problems.

CURWOOD: Alright, so who gets the dystopian prize this week?

DYKSTRA: Well, last week, New Delhi distributed 5 million facemasks to school kids. The streets there in a normal time of year are choked with the air from dirty cars and from dirty factories. But this time of year crop burning in the areas around New Delhi makes things even worse. Pollution levels there last week were more than seven times what's considered to be hazardous.

CURWOOD: Oh boy, that's pretty tough. I hope you have something more uplifting for us from the history vaults this week.

DYKSTRA: Yeah, actually we do. We should congratulate the Washington Nationals for winning the World Series. The last time a Washington team won the World Series was in 1924. But there's a connection between the national pastime and the things we normally talk about here in this show.

CURWOOD: And that would be?

DYKSTRA: A gentleman named Hugh Kaufman. 76-year-old career EPA employee, started punching a clock at EPA headquarters a few months after the agency was founded in the early 70's. And he's a lifelong Washington baseball fan.

CURWOOD: And I know that name Hugh Kaufman and that would be because?

DYKSTRA: Back in 1983, Hugh became the toast of Washington whistleblowers when he released documents that led to the scandalous downfall of EPA boss Anne Gorsuch and sent her top deputy Rita Lavelle to the slammer for perjury. 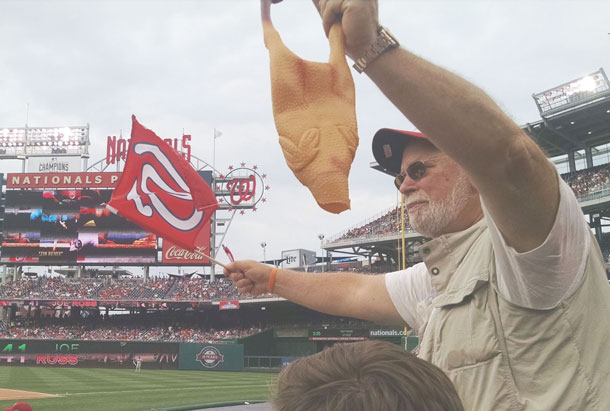 DYKSTRA: And Hugh Kaufman continues his work at EPA by day but also by night and during ball games. He's sort of a mascot for the Washington Nationals. Known as the chicken man, he sits behind the Nationals dugout and waves a rubber chicken to cheer on the Nats and to try and rattle the opposing team which seemed to have worked in the series.

CURWOOD: Indeed I think it must have. Hey, thanks, Peter. Peter Dykstra is an editor with Environmental Health News, ehn.org and dailyclimate.org. We'll talk to you again real soon.

CURWOOD: And there's more on these stories at the Living on Earth website including a picture of the rubber chicken at loe.org.