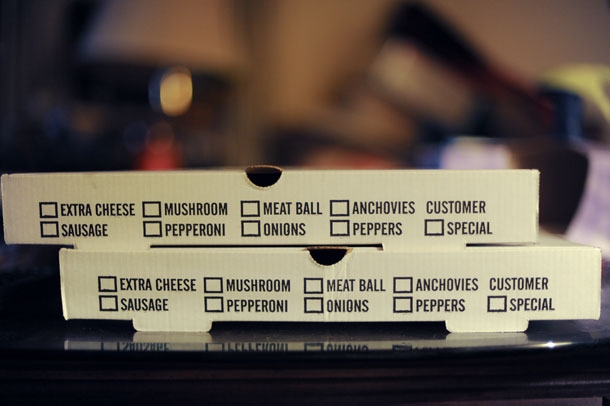 In this week's trip beyond the headlines, Peter Dykstra and Host Bobby Bascomb take a look at the high levels of PFAS chemicals in grease-resistant fast food packaging. Then, the pair discuss the Rocky Mountain Steel Mill, which is pioneering the use of renewable energy in steelmaking. Finally, they look back to “Ozone Man,” President George H.W. Bush's nickname for Al Gore in the last throes of the 1992 election.

And it's time for a trip now beyond the headlines with Peter Dykstra. Peter's an editor with Environmental Health News, that's EHN.org and DailyClimate.org. Hey there, Peter, what do you have for us this week?

DYKSTRA: Hi, Bobby. Well, how'd you like some PFAS with your pizza? There's a study that says that people who eat more takeout food have higher levels of the harmful chemicals known as PFAS in their bodies. That comes from things like pizza boxes and burger wrappers and food packaging that's designed to be grease resistant.

BASCOMB: Oh, man. And what are PFAS and what are the potential health problems associate with PFAS chemicals?

DYKSTRA: It's a family of fluorinated chemicals called the "forever chemicals" because they don't break down. They're possible cancer-causers. It's also used in things like nonstick pans, other cooking utensils, a lot of non-food applications. The nation of Denmark has already banned PFAS chemicals from use in any food packaging. And some Individual US states are taking up the banner as well, and maybe bringing restrictions soon.

BASCOMB: All right, well, let's hope so. What else do you have for us this week?

DYKSTRA: Go back to 1881. There's a steel mill in Pueblo, Colorado, the Rocky Mountain Steel Mill, whose history is hand in hand, the history of the development of the American West, or stealing the American West from the Indians. The Rocky Mountain Steel Mill was the main source of steel rails for the railroads that were built all over the West in the back half of the 19th century, early 20th century. That steel mill that's been in business for well over 100 years, is going to finally ditch the use of coal. Coal is universal in powering those very, very hot steel furnaces. But the Rocky Mountain Steel Mill, a pioneer in its field over a century ago, is now going to be a pioneer by using solar and wind energy as the main source for heating its furnaces.

BASCOMB: Well, that's great. But why are they making this switch after such a long history with coal? 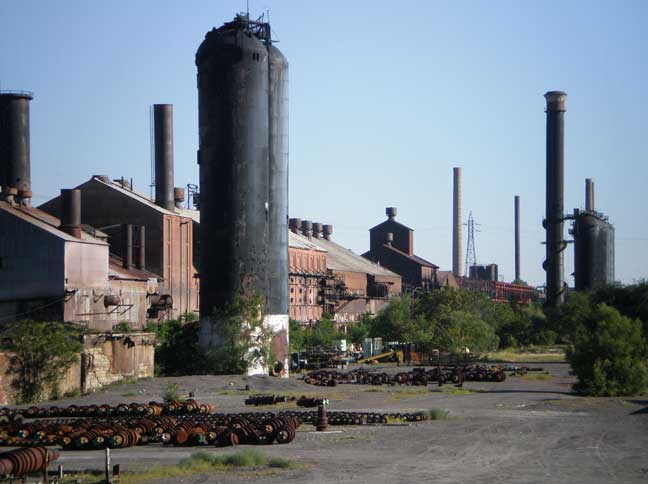 Part of Pueblo’s Rocky Mountain Steel Mill in 2010. The mill is being updated with the addition of a solar array to provide renewable energy. (Photo: Plazak, Wikipedia Commons, CC BY 3.0)

BASCOMB: Well, hey, that's encouraging. What do you have for us in the history books this week?

DYKSTRA: Turning the clock back to another presidential campaign, October 29, 1992. President George H.W. Bush was on the brink of losing his reelection to Bill Clinton and Clinton's vice presidential candidate Al Gore. President Bush went on the attack. He called Al Gore 'Ozone Man' and ridiculed his environmental advocacy.

BASCOMB: Hmm. And you know, I think we actually have a clip of that. Let's have a listen.

PRESIDENT GEORGE H.W. BUSH: You know why I call him 'Ozone Man?' This guy is so far off in the environmental extreme, we'll be up to our neck in owls and out of work for every American. This guy's crazy. He is way out, far out, man.

DYKSTRA: You know, the thing that's striking about that clip is that four years earlier, when George H.W. Bush was first elected president, he promised to be the environmental president. And in the span of one presidential term, he went from embracing environmental values to ridiculing them.

BASCOMB: Man. Well, some things never change. I mean, today, Greta Thunberg is being vilified for trying to protect the environment. But you know, I read the other day that the ozone hole has actually shrunk to its smallest size on record. So, maybe Ozone Man was onto something there.

DYKSTRA: Yeah, being called Ozone Man is not such a bad thing. It's one of the biggest environmental triumphs, through international cooperation, and the Montreal Protocol, the treaty that banned ozone-depleting chemicals. It's something that was actually endorsed and worked for by the Ronald Reagan administration, including then Vice President George H.W. Bush.

BASCOMB: It just goes to show that if we have the political will, these huge problems can be addressed and solved.

BASCOMB: Peter Dykstra is an editor with Environmental Health News. That's EHN.org and DailyClimate.org. Thanks, Peter, we'll talk to you again soon.

BASCOMB: And there's more on these stories on our website LOE.org.


Environmental Health News | “PFAS With Your Pizza? People Who Eat More Takeout Have Higher Levels of Harmful Chemicals in Their Bodies”