Living Near The Coast Could Boost Mental Health 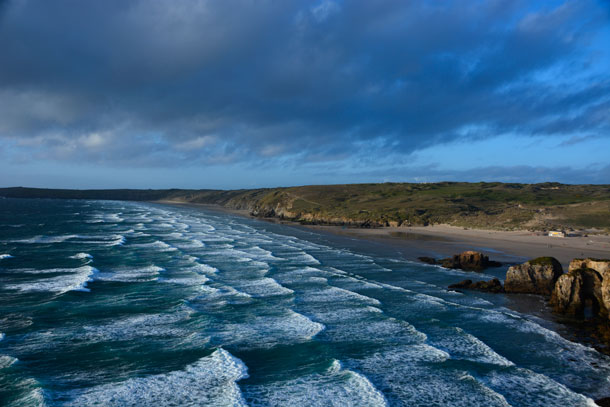 Green spaces are known to provide physical and mental health benefits, and a recent study finds that living near the coast can provide the same benefit, especially for low income families. Joanne Garrett, the lead author in this study and a researcher at the University of Exeter's European Center for Environment and Human Health, joined Host Jenni Doering to talk about how blue space can benefit wellbeing.

DOERING: For many of us a day at the beach can leave us feeling relaxed and content. And new research published in the journal Health and Place confirms what we might have suspected- people living near the ocean have lower rates of mental health issues. And that’s especially true for lower income families. Here to explain is Joanne Garret, lead author of the study and a researcher with the European Center for Environment and Human Health at the University of Exeter. Joanne, welcome to Living on Earth.

GARRETT: Hi, thank you. Thanks for having me on your show.

DOERING: So what did you set out to find out in this study?

GARRETT: We previously found that people tend to be healthier living closer to the coast, and this was stronger for those living in the most deprived areas and we know how important mental health is. In the UK, one in six people are suffering from a mental health disorder at any one time. So we therefore wanted to explore whether that relationship observed with general health would be there for mental health as well.

DOERING: What were some of the social factors you looked at in terms of the differences between people of higher and lower incomes?

GARRETT: We took the mental health scores so people living at different distances from the coast. So we actually categorized them, so it was less than one kilometer, one to five kilometers, five to twenty, twenty to fifty, and more than fifty, and then we compared people who had the same incomes and we compared their mental health score. So we divided the population into five in terms of household income they have and then compared those on the lowest incomes at different distances from the coast, and then the same thing for those on higher incomes as well. We actually only included people who live in towns and cities because there's considerable differences between people experiencing nature and rural environments and towns and cities. There's also a lot of other factors that can be related to mental health such as access to services. So in this study, we really just wanted to focus on people in towns and cities. 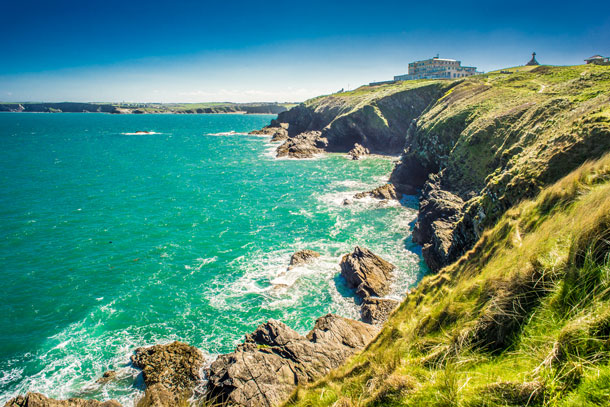 The ocean can become a “safe zone” to lower income communities when it comes to mental health. (Photo: Guiseppe Milo, Flickr, CC BY 2.0)

DOERING: I understand that you did have some significant findings about coastal proximity and mental health. Can you tell me more about the main takeaways from your study?

GARRETT: So when we looked at the whole population, we found that those living within one kilometer from the coast were less likely to show symptoms of a mental disorder. But then when we broke it down by the household income, we found that that was only true for those with the least disposable income, and their protective zone extended up to five kilometers. And then for those with more disposable income, there was actually no relationship between how close they live to the coast and their mental health. There could be a lot of reasons to explain this, one of them might be that those with more disposable income, are better able to get to nature wherever it is how far away it's from their home. So they can afford bus tickets or they might have a car, whereas those who have less disposable income, having nearby nature is really beneficial. So for me that highlights how important having access to nature close to your home is for mental health.

GARRETT: Yeah, you're totally right. There's been a lot of research over the past recent decades looking at green spaces and mental health and health benefits. We think some of the same mechanisms behind that relationship also might explain the relationship between blue spaces, the coast but that is an area of ongoing research really. Other research has found links between having a view of blue space from the home, which has been linked to better mental health in countries around the world, and it also might be places to enjoy physical activity or socializing with friends and family.

DOERING: This is making me think of this idea of biophilia that I think E. O. Wilson has talked about where, you know, we evolved to, like certain green spaces…

DOERING: And maybe blue space as well because of its benefits to our society throughout all of our evolutionary history. Can you talk a little bit about that as a possible influence on how we feel? Why do we feel so good around blue and green spaces? 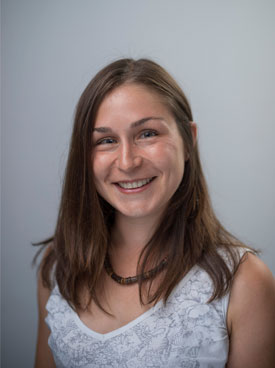 Joanne Garrett, lead author of the study on the mental health effects of blue space. (Photo: Courtesy of Joanne Garrett)

GARRETT: Yup, biophilia is one theory that might explain the mechanisms between interacting with nature and our mental health. There are a couple of others that we use and when we research scientifically as well. One's called attention restoration theory. So when we're walking around a busy urban environment, it actually takes quite a lot of energy, quite a lot of mental capacity to navigate your way around the city and then when we're in nature, that is kind of restored. The environment is not so stressful in terms of the noise and the business but is also engaging, allowing us to sort of naturally restore our cognitive abilities. And the other one is a stress reduction theory where being in nature reduces the physiological signs of stress.

DOERING: Could we maybe see the same effects for freshwater proximity, not just living near the coast?

GARRETT: Yep, that is absolutely possible, and some countries might not have access to the coast at all it might be a landlocked country. So, I actually work on a project called Blue health, which is a Pan European project. And we're looking at this question exactly. We've got survey results from 18 different countries, mostly in Europe, but also includes California in the USA. And we asked people what types of blue spaces do they visit and how they felt about their visit. And we also asked what did they do and how long they spent there so we can take into account those factors as well. Other strands of work include exploring whether virtual reality can be used to take blue spaces to people who can't get outside. And the focus is really on elderly people living in care homes. And we've explored different kinds of blue spaces. So just using three-sixty video footage, some of which was recorded on our beaches in Como, and our colleagues from Lund's University have explored using computer generated blue spaces and taking that into care homes as well as seeing what the effect of that might be.

DOERING: Joanne Garrett is a researcher at the University of Exeter's European Center for Environment and Human Health. Thanks so much, Joe.

GARRETT: Thank you very much.