Plastic has long been made from oil, but today it’s increasingly made from ethane, a component of natural gas. To turn ethane into the building block of plastic, petrochemical companies are investing in ethane cracker plants. Judith Enck, founder of Beyond Plastics and visiting professor at Bennington College, joined Host Bobby Bascomb to discuss the concerns about what ethane crackers could mean for air pollution and climate change.

DOERING: From PRI and the Jennifer and Ted Stanley Studios at the University of Massachusetts Boston, it’s Living on Earth. I’m Jenni Doering.

Plastic. It’s not just a problem for overwhelmed landfills or the marine life that ingest it. Plastic is also a huge contributor to carbon emissions and climate change. Cradle to grave, plastic could produce as much as 56 gigatons of carbon dioxide between now and 2050, according to a recent study. That’s 50 times more carbon emissions than all the coal fired power plants in the United States produce in a year. Part of the reason plastic is so carbon intensive is that it’s made from fossil fuels. Historically the building block of plastic was oil but today it’s increasingly made from ethane, a component of natural gas. And to cheaply extract ethane petrochemical companies are investing in ethane crackers. Here to explain is Judith Enck, founder of Beyond Plastic and a visiting professor at Bennington College. Judith, welcome to Living on Earth!

ENCK: Thanks. It's a pleasure to be with you.

BASCOMB: Now what exactly is ethane? And what's an ethane cracker for listeners who maybe aren't familiar with those terms?

ENCK: Ethane is what is flared into the atmosphere when hydrofracking takes place. It's a very potent greenhouse gas. And right now at hydro fracking sites, it's just vented into the atmosphere. So the proposal by a number of petrochemical companies like Shell and Exxon and BP is they want to capture that ethane, send it by a pipeline and have it used at a new plastic producing factory they want to build called an ethane cracker plant. And what essentially happens there is the ethane is heated to a very high temperature. It's cracked, and it becomes a building block of plastic packaging. Because fracking has made gas cheap, it's driving this massive expansion in new infrastructure for plastics and petrochemicals. It will also discourage companies from using recycled plastic in their products, because the virgin plastic will be cheaper.

BASCOMB: Now, I understand that Shell is in the process of building a new ethane cracking facility in Pennsylvania and Exxon is scoping out sites for a plant in Ohio. These are fossil fuel companies getting involved in plastic. To what degree do you think maybe these companies see the writing on the wall about the continued use of fossil fuels in the light of climate change and I don't know maybe looking for alternatives in their product?

ENCK: You're absolutely right. Fossil fuel companies see that there'll be reduced demand for fossil fuels per electricity generation and for transportation, and so they are making a big money bet shifting to plastic production. They are counting on the world to wanting more and cheaper single use plastic packaging. You know, it's not a coincidence that a lot of these ethane cracker plants are proposed in Pennsylvania, West Virginia and Ohio, almost serving as a replacement for coal. They do not create many permanent jobs. They definitely create a lot of jobs during construction, but not many permanent jobs. So this is not really going to help us with a transition toward a more renewable energy future or a Green New Deal future because you're not going to get the benefit of much job creation here. 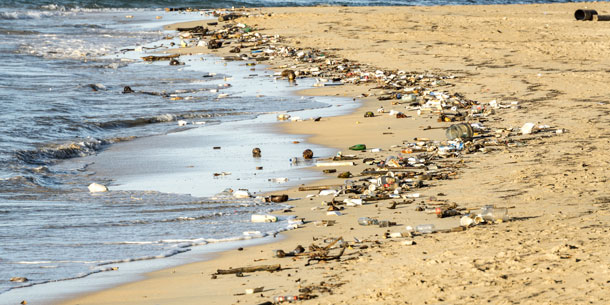 BASCOMB: So the sights for a lot of these plants are in Appalachia, as you mentioned that's coal region of course of the country and in areas that are presumably already accustomed to dealing with a certain amount of pollution and industry in their communities. Do you think it's fair to say that that might have been part of the thinking for why these fossil fuel companies decided to cite their plants in this region?

ENCK: Yes, I think the petrochemical industry is looking to target communities that are economically struggling, and that are used to hosting highly polluting companies. Which is really too bad because it makes the environmental justice problem even worse, you've got overburdened communities that have been receiving massive amounts of pollution for years and so the plan is to just keep that going. It's very interesting that you do not see ethane cracker plants proposed in more affluent communities. They are proposed in communities that already have high levels of pollution and don't seem to have elected officials that are willing to stand up for public health.

BASCOMB: So what are some of the potential health issues associated with living near these industrial areas?

ENCK: One concern is large amounts of benzene, an air toxin is emitted. And you have other air contaminants that contribute to ground level ozone or smog, contaminants that can trigger asthma attacks. These are not good neighbors. And then on the global level, you've got large amounts of carbon dioxide being released into the atmosphere. These facilities are not proposed, where the CEOs of Shell and Exxon and SABIC, S-A-B-I-C live, these facilities are proposed, where poor people live where they believe these are communities of least resistance.

BASCOMB: Now, I understand that the United States is actually producing so much natural gas at this point that we're actually exporting it to some other countries to make their own plastic. Can you tell me about that?

ENCK: So yes, there is a glut of fracked natural gas on the domestic market. So some of that is being exported to Europe. And what I predict what will happen over the next 10 years is not only will the United States be exporting fracked gas, but there will be an uptick in the manufacturing of single use plastic packaging here and in other countries and we'll see just a dramatic increase of cheap plastic packaging circulating in the world.

BASCOMB: Well, the social trend is to do away with single use plastic, you know, there's plastic bag bans and plastic straw bans across the country, that sort of thing. But I guess the market is pushing us in a different direction. 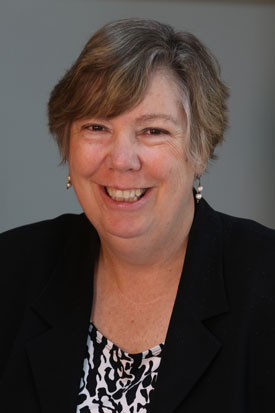 Juidith Enck is founder of Beyond Plastics, visiting professor at Bennington College in Vermont and former Regional Administrator for Region 2 of the EPA. (Photo: Courtesy of Judith Enck)

ENCK: I think there's an amazing disconnect between the problem the fact that we have 9 million metric tons of plastic entering the ocean every year, and the makers of the plastic have no financial responsibility for what happens after the plastic is manufactured. So, at the local level across the United States, there are literally hundreds of new laws recently adopted that ban plastic bags or ban polystyrene foam for food or ban or more likely with straws, plastic straws only upon request. There's an incredible energy at the local level to reduce plastic pollution and at the same time, tax dollars are being used to promote the construction of ethane crackers. And the petrochemical industry is gearing up for a major increase in investments in this petrochemical build out and sadly, most Americans do not know this is happening.

BASCOMB: So what can be done then? I mean, how do we address this problem? It's pretty clear that consumers don't necessarily want to use single use plastic or at least understand the problem. But our government is encouraging otherwise.

ENCK: We need to stop public subsidies for the petrochemical industry, you know, not just for plastic production, but also fossil fuel extraction. Second, this is happening without much public knowledge. And I think if you were to pull most members of Congress, especially those that don't live in the district where these ethane crackers are proposed, I can almost guarantee that they don't know that this is happening. I think we need a moratorium on the construction of new ethane crackers until we can figure out exactly what the climate change impacts are and the local toxic air emissions are. We really owe this to the communities that are hosting these facilities. So I think a moratorium is in order. And third, I think that there should be a continued movement at the local level to ban single use plastic packaging in order to reduce demand. The irony there is if there is less use of plastic packaging in the United States, I think a lot of these companies will simply export the packaging to other countries. But I think it's taken decades to finally get some traction on moving toward renewable energy sources and cleaner transportation choices, and then to have that almost cancelled out by the proliferation of carbon emissions from ethane cracker facilities would really, really be problematic.

BASCOMB: Judith Enck is founder of Beyond Plastics and a visiting professor at Bennington College.

ENCK: Thanks for taking this time with me.

BASCOMB: My pleasure. Thanks so much for covering this important topic.


Climate Reality Project | “Ethane Cracker Plants: What Are They?”

The New York Times | “A Giant Factory Rises to Make a Product Filling Up the World: Plastic”