Kids Versus the Climate Crisis 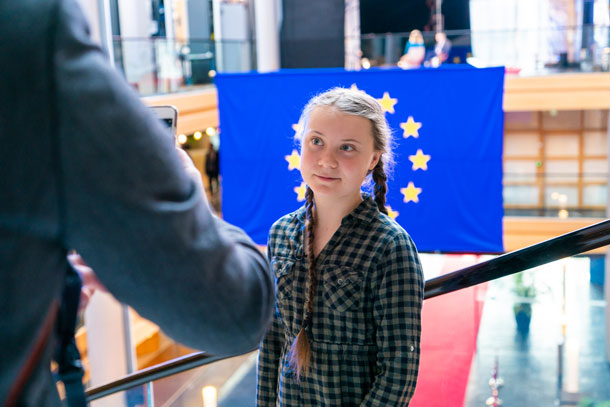 Swedish teen Greta Thunberg and fifteen other young climate activists from around the planet have filed a complaint with the United Nations' Committee on the Rights of the Child on the grounds their human rights are being violated by international failures to avert the climate emergency, as global warming is currently on track to lead to the deaths of billions of children by the end of the century. Host Steve Curwood and human rights attorney Scott Gilmore, who is representing the youth complainants, discuss how the complaint could make a difference.

Sixteen year old climate activist Greta Thunberg gave a famous speech on September 23rd at the UN, calling out world leaders for their slow response to the climate emergency.

THUNBERG: This is all wrong, I shouldn’t be up here. I should be back in school on the other side of the ocean. Yet you all come to us young people for hope. How dare you? You have stolen my dreams, and my childhood with your empty words, yet I’m one of the lucky ones. People are suffering, people are dying, entire ecosystems are collapsing. We are in the beginning of a mass extinction, and all you can talk about is money and fairy tales of eternal economic growth. How dare you? For more than 30 years, the science has been crystal clear. How dare you continue to look away and come here saying that you’re doing enough, when the politics and solutions needed are still nowhere in sight? You say you hear us, and that you understand the urgency, but no matter how sad and angry I am I do not want to believe that. Because if you really understood the situation and kept on failing to act then you would be evil, and that I refuse to believe.

CURWOOD: That same day Greta and 15 other young people from around the planet filed a complaint with the UN Committee on the Rights of the Child, charging their rights to a livable planet are being violated. Argentina, Brazil, France, Germany, and Turkey are named in the complaint and Scott Gilmore is a human rights attorney representing the youth. Welcome to Living on Earth, Scott!

GILMORE: Thank you, pleasure to be here.

CURWOOD: Now, this isn't exactly a lawsuit, but rather a formal petition of the United Nations. Tell me, what does that mean?

GILMORE: What this is, is what's called a communication. It's a special form of petition that is submitted to a UN panel of experts that were created, essentially, to oversee compliance with the Convention on the Rights of the Child. This is the most widely ratified human rights treaty in the world. It's been ratified by every country other than the United States. And the Convention is designed to be universal. It protects the rights to life, health, access to culture and education of children throughout the world. And there's an additional Optional Protocol to the Convention, which gives this committee the jurisdiction to receive individual complaints from children alleging violations of their rights. This protocol that gives the committee this jurisdiction, that's only been ratified by 45 countries.

CURWOOD: Let's talk about the details, then, of your complaint. You filed this only against five different nations, Argentina, Brazil, France, Germany, and Turkey. And of those, none are in the top five carbon-emitting countries around the planet. And only Germany is in the top 10. Why were those countries chosen?

GILMORE: Out of those 45 states, that have accepted the jurisdiction of this committee, this complaint is brought against what are really the main emitters among the 45 states. And they're also regional leaders, and members of the Group of 20. They have an influence that really goes beyond their individual emissions of greenhouse gases. They have the ability to influence other states, to stand up to the major emitters, which are, of course, United States, China, India, and the European Union as a whole. And so essentially, if we had jurisdiction over the United States or China, we would be naming them in the complaint most certainly. But these are the five countries that have accepted the jurisdiction of this committee to review their record.

CURWOOD: If I understand your complaint correctly, Scott, should this body find in favor of your petition, these countries could be required to try to persuade the United States and China and India and the rest of the world to get on board to having a robust response to climate disruption.

GILMORE: That's right. Under international human rights law, states have an obligation to prevent environmental threats that they themselves are causing or permitting which impact on human rights. But they also have a very clear legal duty to protect children in their jurisdiction from environmental threats caused by third parties. And so essentially, we're at a stage now in international climate action, where a state like Germany or France, in many ways they've been leaders in pushing for international climate action. But the fact remains, they're not meeting their own domestic targets. And they could be doing much, much more to be protecting children from the emissions of the US and China, which absolutely must be reduced.

CURWOOD: Broadly, what does this petition hope to accomplish?

GILMORE: The goal of our petitioners is really to reframe the issue of climate change, and shift it away from one that seems rather abstract. Under the Paris Agreement, the governments of the world set these thresholds of trying to limit global warming to two degrees of warming by 2100, and to pursue efforts to keep it under 1.5 degrees. What we're trying to argue here is that the real frame, the real way we need to think of this is on the impact of climate change, saying that the world is going to warm to two degrees doesn't strike many people as a nightmare scenario. The reality of it is that that two degrees of warming over the coming decades is going to spell natural disasters, extreme weather events that are going to cost the lives of hundreds of millions of people. This is the consensus scientific view that the UN has reached through the Intergovernmental Panel on Climate Change report that was released in 2018, where the stark conclusions were that even this two degree threshold that the Paris Agreement set is one in which 150 million people would be estimated to be killed just by the exacerbated air pollution caused by climate change. In that scenario, the argument we're really trying to make is that we aren't talking about failing to meet your voluntary commitments under the Paris Agreement, we're talking about jeopardizing the lives of millions of children. And this is a human rights violation on a scale that we really haven't dealt with before through the UN system.

CURWOOD: Of course, children face perhaps the longest term risk from climate disruption, but every living being on the planet really is at risk from this. What's the benefit of bringing this case as a matter of children's rights in front of the UN?

GILMORE: I think the impact of framing this as a child rights issue is that the Convention on the Rights of the Child is nearly universally ratified. Every country other than the United States is bound by these commitments. And the actual legal ruling of the committee is an interpretation of the convention. What we are trying to establish is setting a precedent that the climate crisis is a child's rights crisis. That although the Convention on the Rights of the Child says nothing about climate change, that in fact, climate change is the paramount children's rights issue of today. And should the committee issue that ruling, that's going to apply to every country in the world, except the United States, at least under that treaty. 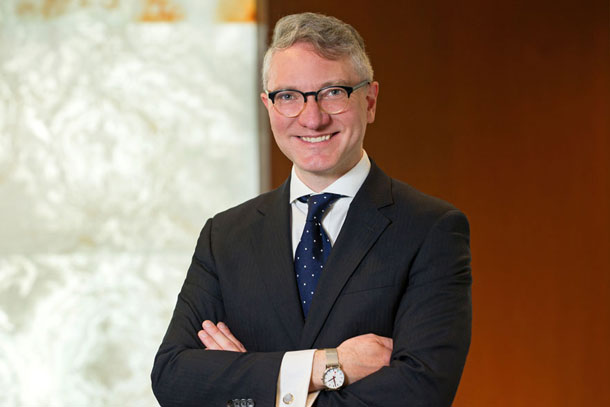 Scott Gilmore is one of the attorneys who will be representing the children during their complaint. (Photo: Courtesy of Hausfeld LLP)

CURWOOD: So, how does your case fit in with the Juliana versus the US children's case that's been filed in federal court?

GILMORE: Our hope is that this case will continue to add momentum to the movement that has really been started, both by the Juliana case, and by very important climate litigation that's been brought around the world. There have been cases successfully brought in the Netherlands; the famous Urgenda case where a Dutch court ordered the Dutch government to revisit its emissions reductions target, set more ambitious goals, and specifically found that failing to meet those goals would be a human rights violation. The key is that each of these cases, I think, is incrementally working to build a new political consensus and an awareness that time is really running out.

CURWOOD: There's a lot of concern about climate disruption, Scott, but what is your concern about what's going on right now, with the Paris Climate Agreement?

GILMORE: Our main concern is that states have set inadequate emissions reduction targets under the Paris Agreement, and then failed to meet even those inadequate targets. Just looking at the five respondents states; in our case, Argentina, Brazil, France, Germany, and Turkey. None of these states have reduced emissions or even pledged to reduce emissions on a path that is anywhere consistent with holding global warming below two degrees, never mind 1.5 degrees. All of these states are to exceed three to four degrees of global warming. In the instance of Argentina and Turkey, based on their current policies, if they continue emitting at this rate, and if other countries were to similarly be emitting at this rate and fail to meet their targets, the world would be at four degrees of global warming by 2100. If we're looking at a future of four degrees of warming, what we're looking at is potentially jeopardizing the lives of 2 billion children. That's the stark reality of looking at these numbers. They seem like small numbers, but the human impact is astronomical.

CURWOOD: Scott, how soon do you think you might hear what's going to happen to your petition?

GILMORE: Our hope is that we will be able to obtain a ruling on the jurisdiction and admissibility issues within the next six months. And we are going to push for a decision on the human rights impact of the failure to meet these climate goals within one year. And that's a critical time frame because in 2020, the next round of reduction pledges will be made under the Paris Agreement. And frankly, if this round doesn't make the sufficient reductions, we really don't see any possibility of the Paris Agreement succeeding. It's now or never.

CURWOOD: Scott Gilmore is a human rights attorney with Hausfeld LLP. Thank you so much for taking the time with us today.

The Guardian | “Greta Thunberg to World Leaders: ‘How Dare You – You Have Stolen My Dreams and My Childhood’ – Video”

About Juliana vs. United States