Toxicants in Diapers and Sanitary Pads 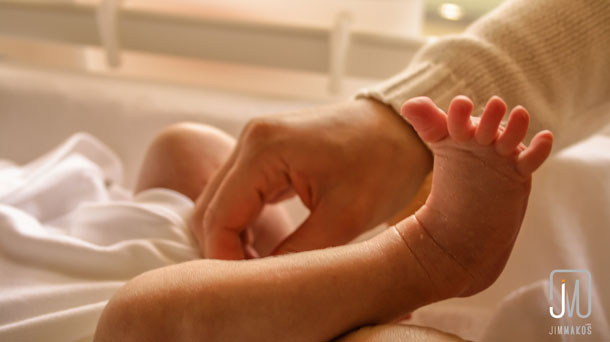 An international team of scientists tested single-use diapers and sanitary pads for toxic chemicals, and has discovered phthalates and volatile organic compounds in every brand tested. These chemicals are known to cause a variety of health complications, including birth defects and endocrine disruption. Jodi Flaws, a co-author on the paper, joins Living on Earth's Bobby Bascomb to talk about these toxic substances and how they impact health.

CURWOOD: From PRI and the Jennifer and Ted Stanley Studios at the University of Massachusetts Boston, this is Living on Earth. I’m Steve Curwood. Feminine hygiene products and paper diapers may expose women and children to dangerous chemicals, a study based at the University of Illinois Urbana-Champaign has found. The study came in the wake of a 2017 class action lawsuit joined by more than 15,000 women in South Korea. They alleged the maker of Lilian sanitary pads caused health problems including skin rashes, painful cramping and irregular bleeding. The Illinois team sampled a variety of pads and paper diapers and found phthalates and volatile organic compounds, or VOCs in every brand they studied. Professor Jodi Flaws is part of the research team and we asked her to share some of the findings and how the research was done. She spoke with Living on Earth’s Bobby Bascomb.

FLAWS: So, we went about the research by gathering different brands of sanitary pads, and in a scientific manner, taking samples from each of these different brands, and then using those samples to measure the levels of volatile organic chemicals that were in each of the different brands. And we looked both at what's in the brand as well as what was in the air surrounding the packaging of the brands. And what we found were that all of the brands did contain some levels of volatile organic chemicals, and the levels varied quite a bit by brand, and the types of chemicals that were in the brands also varied.

BASCOMB: And, what are some of the health implications of exposure to volatile organic compounds?

BASCOMB: And you also looked at phthalates. Can you tell me about that?

FLAWS: Yes. So we looked at phthalates because phthalates, in many studies now, have been shown to be reproductive toxicants. In both animals and humans phthalates can alter hormone levels, they can reduce fertility, they can cause some problems with the ovaries and the uterus. And in our study, we did find that these brands that we selected all had measurable levels of phthalates.

BASCOMB: And phthalates are an endocrine disruptor. Can you tell me a bit about the concerns associated with that?

BASCOMB: Mm hmm. And, sort of the insidious thing about phthalates, I mean, the dose doesn't make the poison. So it's a very specific exposure that can cause problems.

FLAWS: Correct, and actually a big concern with a lot of these endocrine disrupting chemicals is that the dose doesn't make the poison. It's not always the higher doses that we need to be concerned about. Sometimes the really low doses can have the most profound effects. So, it really does matter what the dose is and we can't just assume, because it's a low dose, that it's a safe dose.

BASCOMB: And the people using these products, I mean, we're talking about babies and women of reproductive age. Those are some of the most vulnerable people in our population. Can you talk to me a bit about how chemical exposure in those groups is a concern?

FLAWS: It's a concern in adult women for a couple of reasons. So, one, if the chemicals are in the sanitary pads, there's potential for chronic exposure, because if you consider that most women will have a menstrual period at least once a month, and they're wearing these for several days of that month, from puberty until the time of menopause. And so there's potential for long-term exposure. The other issue is that the pads are placed in the genital area, which is a very sensitive area, and the skin there is quite thin, so it's pretty easy to absorb volatile organic chemicals from that area. And with babies, I would say there is a concern because baby skin is very sensitive, and very thin. And it's easier to absorb chemicals through baby's skin than probably some adult skin, depending on that the age. And so there's concern about there being chemicals that are right in the areas, which would be sensitive in the babies as well.

BASCOMB: And why might these chemicals be found in these products to begin with? What's their function?

FLAWS: So these products, both diapers and sanitary pads, are made to be absorbent, and so some of these chemicals might be in the materials that are used to make products more absorbent. These chemicals can also be found in plastics and so, some of the containers or packaging, they're made out of plastic. And some of the barriers include some of these plastic linings, which could also contain the chemicals.

BASCOMB: Now, phthalates are in a lot of products, they're in plastic toys and things that babies might put in their mouths. How did the levels that you found in these products compared to other ways that people are exposed to phthalates?

FLAWS: So, it runs a quite a big range. So depending on the phthalate, we've got levels that are quite different. But in general, some of these levels that we're detecting are much higher than from exposure through other routes. So, one of the particular phthalates, it's about a 6000-fold increase in exposure than what has been documented in other routes of exposure. So, I think the levels can vary quite a bit, depending on the type of exposure, but a lot of these, we're seeing higher levels than have been reported from other types of products or exposures. We were actually pretty surprised to find such a large range. To us, that meant that the products are all being manufactured possibly in different ways, or packaged in different ways. But having said that, given the abnormal dose response curves that happen with some of these chemicals, we can't just always assume that a low amount is better. What we need to figure out is which levels of chemicals could be harmful, and then try to make sure that we could design products that either don't have the chemicals at all, or have levels of chemicals that are not going to cause harm.

BASCOMB: You said there's a very wide range in your study. Some brands have relatively low levels, and others very high. Why didn't you name which brands are more concerning?

FLAWS: Partially because it would get into some legal issues that we’re not prepared to handle, and also some scientific journals actually have restrictions on writing about specific products. Also, I think my colleagues and I wanted to err on the side of being a little bit cautious in that, this is probably the first study to really look at this issue in a scientific manner. We want other people to test these products and be certain before we say something is, you know, bad, because we don't want to put a certain product in jeopardy or make a certain product sound really good when we've only got one study now measuring these things.

BASCOMB: Well, what can you say to someone who's listening right now and concerned about what products they're using? If you're standing in the aisle in the grocery store and trying to choose a brand, choose a product, what should they be looking for? What should they be doing?

FLAWS: So, I think that one thing they could do is look, possibly, to make sure that when they buy the products, to maybe open up the wrapper and let the product air out for a while, because these chemicals are volatile. And so it is possible that you could get rid of some of it by just letting the product air out. The other thing is, maybe, if it were me, I would be choosing products that might not be the most absorbent products. In the Korean TV report, what was happening is women there were choosing products that were super, super, super absorbent and had gels in them. And so, I think those products are probably on the tail end of the spectrum where they caused a lot of problems. And so, picking products that don't contain those kind of gels and don't have a strong smell.

BASCOMB: And I mean, there's other products, there's the menstrual cup, and then of course there's reusable diapers. Are those things that you think people should look into?

FLAWS: Yes, absolutely. As far as the babies, I would say that cloth diapers would be a really healthy alternative to looking at that. And yes, you're absolutely right the menstrual cup is an option for women to consider.

CURWOOD: Jodi Flaws, professor of Comparative Biosciences at the University of Illinois Urbana-Champaign, speaking with Living on Earth’s Bobby Bascomb. According to the Korean Herald, on December 7, 2018, Procter & Gamble Korea decide to withdraw their sanitary pad “Whisper” from Korean shelves due to the controversy. But US press representatives for Proctor and Gamble have declined to comment. There is a link on our web page to an article in the Korean Herald that names some of the other companies investigated by regulators in Korea. Sanitary pads and tampons are considered medical devices in the US and come under the purview of the federal Food and Drug Administration, but we were unable to get a comment from the FDA.

Click here to view the original article in Reproductive Toxicology

The Korea Herald | “Lilian to Refund All Sanitary Pads”