Freshwater Under the Sea 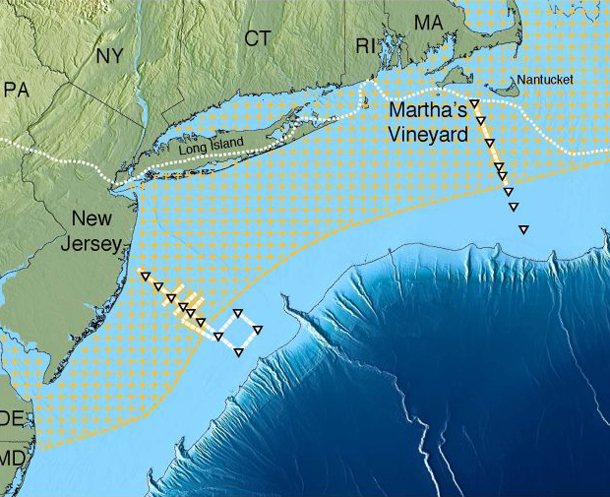 Using electromagnetic waves, scientists at Columbia University identified a band of freshwater-containing underground sediments that spans from the coast of Massachusetts to New York, and juts out as far as 75 miles into the Atlantic. (Photo: Courtesy of State of the Planet)

Most of the world’s aquifers, like the Ogallala of the Central Plains, are under dry land but researchers recently discovered an enormous source of fresh water under the Atlantic Ocean. Living on Earth’s Joseph Winters explains.

Just ahead, helping pollinators one yard at a time but first this note on emerging science from Joseph Winters.

WINTERS: Some of the world’s biggest sources of freshwater don’t rain from the sky or melt from a mountaintop, but come from beneath our very feet. Underground aquifers like the Ogallala of the US Central Plains—one of the biggest aquifers on Earth—are a vital source of fresh water.

Now, it turns out one of the largest known underground aquifers is actually under the ocean. A team of researchers used electromagnetic waves to detect an enormous cache of freshwater trapped in underground sediments off the coast of New England. Their data suggests the freshwater sediments span from the shores of Massachusetts to New York and jut out as far as 75 miles into the Atlantic. Their study, published in the journal Scientific Reports, estimates the aquifer could hold as much as 670 million cubic miles of freshwater. That’s one and a half Lake Ontarios.

To find freshwater beneath the ocean, the researchers placed electromagnetic receivers on the ocean floor. The devices measured the strength of underground shockwaves, which scientists emitted using a device they dragged behind their ship. Since electromagnetic waves travel better through saltwater than through freshwater, their data revealed thick bands of “low conductance,” places where the electromagnetic waves seemed to travel poorly, indicating a deep layer of freshwater sediments. 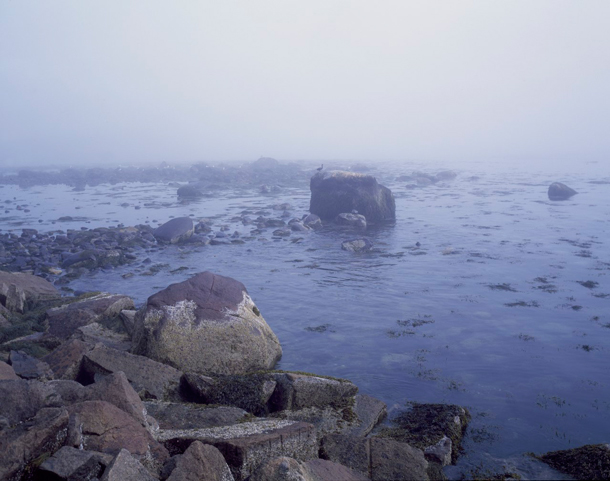 The freshwater aquifer identified in the study spans the entire New England coast and into New York, and is suspected to hold 670 cubic miles of water—that’s as much as one and a half Lake Ontarios. (Photo: Carol M. Highsmith, Library of Congress, Wikimedia Commons, Public Domain)

Most of these bands began 600 feet below the seafloor and reached down as far as 1200 feet.

Water from this particular aquifer would probably need to be desalinated if it were to be used for drinking water or agriculture. And it’s unlikely that states in the Northeast would choose such a costly option, but researchers are hopeful that their methods will lead to the discovery of more offshore aquifers in other, drier parts of the world. For places like southern California or Saharan Africa, a seaside aquifer could be a desperately-needed resource for when all other options dry up.