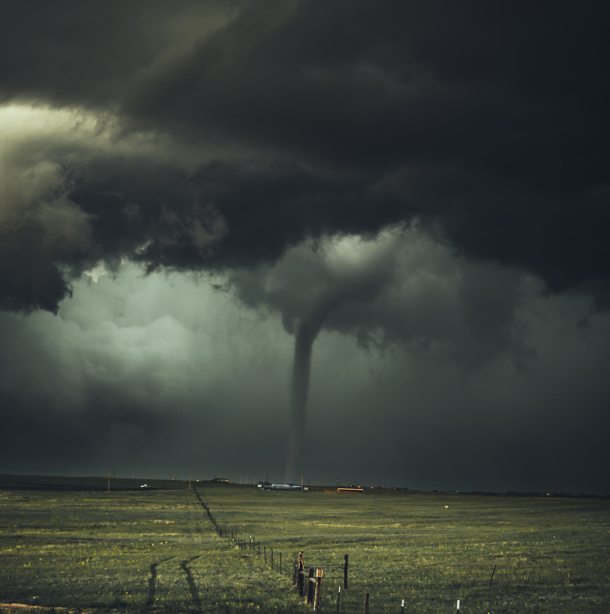 Tornado clusters are becoming more frequent as the planet warms, scientists say. There were about 40 tornadoes on March 3, 2019 in the Southeastern US and the most powerful one tore through Lee County, Alabama and left neighborhoods flattened, 97 people injured and 23 people dead. The other tornadoes that day were less dangerous, but still damaging in some cases. Florida State University Professor James Elsner spoke with host Steve Curwood about how tornado outbreaks are changing in a warming world.

CURWOOD: And I’m Steve Curwood. With our climate changing, not only does our world get warmer, but extreme weather events can become more frequent, from heat waves to major hurricanes, and even clusters of tornadoes! On March 3rd in Lee County, Alabama, a massive tornado flattened neighborhoods and killed 23 people. It was among some 40 other lesser tornadoes that same day. James Elsner of Florida State University has documented how the warming planet appears to promote more tornado clusters. Professor Elsner joins us now from Tallahassee in Leon County Florida which, by the way was hit by one of the smaller tornadoes in the recent cluster.
Welcome to Living on Earth, Professor!

ELSNER: Thank you, Steve. Nice to be here.

CURWOOD: So during that outbreak of tornadoes on March 3rd, they came pretty close to you there in Tallahassee, so I understand it.

ELSNER: That's right. The storm started up in Alabama, and Georgia. And then as the evening progressed, there were some tornadoes here in Leon County, right near Tallahassee.

CURWOOD: So you had a tornado warning, but you didn't hear that rumbling train, I guess?

ELSNER: Not where I am, but the surveyors were out on the fourth, looking at damages in the area of Tallahassee, and they did find evidence of EF2 damage in Leon County, that's the strongest tornado we've seen in this part of the country for at least several decades. 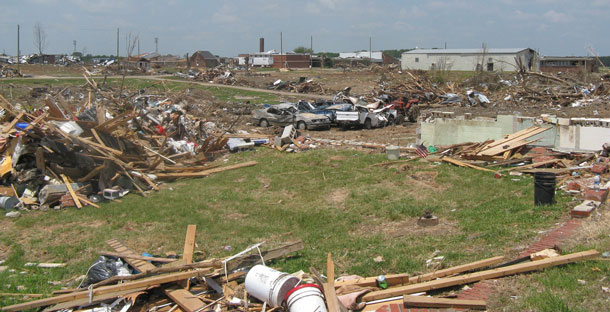 In Lee County, Alabama destruction from the March 3, 2019 tornado left 23 dead and much of the community destroyed. (Photo: Flickr, Red Cross CC BY-NC-ND 2.0)

CURWOOD: So we spoke with you in 2015 about how climate change appears to have an impact on the frequency of tornadoes remind us of that research and what you have found since we last spoke?

ELSNER: Yes? Well, if you look at the numbers of tornado is occurring in the United States over from year to year, it's certainly various, it's about 1200 per year, and it goes up and down, but we don't see any long term trends in the number. What we found a couple years ago was that although there isn't a trend in the overall number of tornadoes, they tend to be coming in bigger bunches. So there are fewer days with tornadoes, but the days that tend to spawn tornadoes tend to produce many of them. And so this recent outbreak in the southeast on Sunday was an example of a fairly large outbreak of close to 40 tornados.

CURWOOD: So you call this a tornado cluster? Why do you think we're seeing more of these clusters of tornadoes in recent years?

ELSNER: Well, I think it has to do with the fact that the atmosphere is less conducive to the formation of tornadoes, largely because of the warming air aloft, and so that tends to inhibit the instability it keeps it in check. But we're also seeing an increase in wind shear on days when the conditions are right for tornadoes, and that increasing shear tends to produce bigger outbreaks.

CURWOOD: In the instance of Lee County, Alabama, the tornado that was so deadly there, was part of this cluster of some 40 tornadoes. I gather that more and more we will see events like this clusters, maybe some smaller tornadoes with maybe a couple of really crunches in the middle?

CURWOOD: Now, research indicates perhaps the tornadoes are moving east. What's your opinion of such findings?

ELSNER: Well, that was an interesting study last year on this shift in the occurrence rate of tornadoes across the US showing that maybe the South East United States is becoming more of a hotspot for tornado activity. I think its preliminary. It's interesting research, but it's a possibility. One of the things we have to keep in mind is that there isn't a lot of wiggle room where tornadoes can form. That means that the conditions for tornadoes are fairly sensitive, and it's unlikely for that distribution to change considerably in terms of where tornadoes will go – and so in other words, we're not going to see tornadoes west of the Rocky Mountains, we're not going to see many tornadoes in West Virginia. And so I think we're somewhat limited on the spatial movement of tornado patterns.

CURWOOD: Remind us of the most favorable territory for tornadoes.

ELSNER: Anywhere east of the Mississippi is the favorable region of tornadoes, we've come to know the Tornado Alley, which is the Great Plains, but that's kind of a misnomer, because that's kind of where tornadoes are studied the most, because they're easier to study out there. But anywhere from Georgia, to Alabama, to Mississippi, Louisiana, Arkansas, Tennessee, westward into Texas, Oklahoma, Kansas, Iowa, all of those areas get about the same relative frequency of tornado. 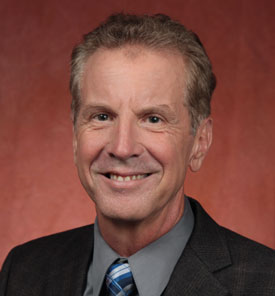 CURWOOD: Us humans are famous in saying, well, that's probably not going to affect me, the odds are pretty low. To what extent to people have that response to the risk of tornadoes, do you think?

ELSNER: Well, I think they haven't. Because it's, it's true. I mean, if you look at even some of the most tornado prone regions of the country, in the southeast into the Great Plains, the chances are probably one every 500 or 600 years that you're going to get hit by a tornado. And so it's a fairly rare event. But when you start to see it at the scale of a city, or a community or a state, you're going to see this kind of destruction and so it is hard for people to get their heads around, it could happen to me when the chances are, it's not going to happen to them.

CURWOOD: Tornado expert in Florida State University Professor James Elsner, thanks so much for taking the time with us today.