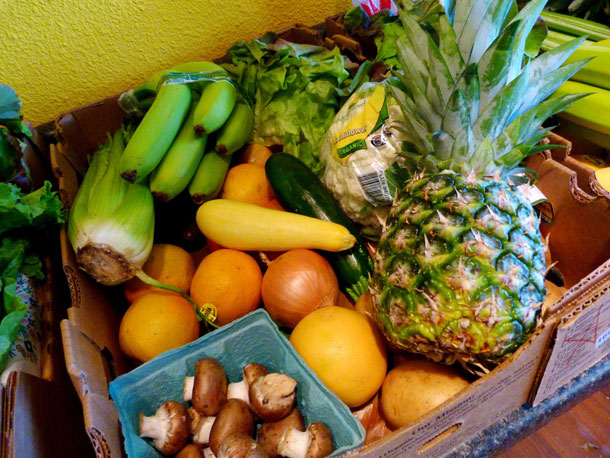 A massive study in France followed the diets of nearly 69,000 people and found that those who ate the most organic food over the seven years of the study were 25% less likely to develop cancer as compared to those who ate more conventional food. (Photo: Rusty Clark, Flickr, CC BY 2.0)

Breast cancer rates were 35% less in older women and lymphomas were 70% less among high consumers of organic food, in a major study of nearly 69,000 persons conducted over seven years by French scientists and published in JAMA’s Internal Medicine Journal. The observed decrease in cancer risk is associated with organic food’s lack of pesticides, dyes and other additives, though more research is necessary to confirm these results and understand possible mechanisms. Ken Cook, President of the Environmental Working Group, joins Host Steve Curwood to consider consumer and research choices in light of this news.

CURWOOD: From the Jennifer and Ted Stanley Studios at the University of Massachusetts Boston this is Living on Earth. I’m Steve Curwood.

A major study published in a Journal of the American Medical Association has found what many people have long suspected, eating organic food appears to reduce the risk of cancer. Among some 69,000 people tracked by French scientists over several years those whose diets contained more organics had about 25 percent fewer cancers overall, with 35 percent fewer breast cancers in older women and a more than 70 percent reduction in lymphomas. This study suggests but does not prove that pesticides and other chemical residues in food cause cancer. But there is no reason to wait for more research when it comes to making food choices, advocates say, including the President of the Environmental Working Group, Ken Cook. Ken, welcome back to Living on Earth!

COOK: Thanks, Steve. It's good to be here.

CURWOOD: So, when this study came out, it showed strong evidence in support of the long held belief that organic food is better for us. How do you feel now that this study is out there? 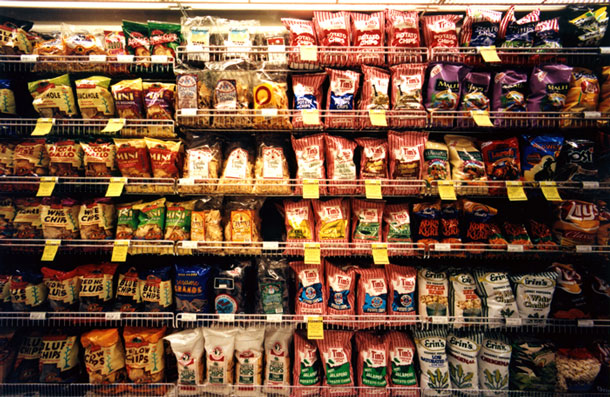 Diets with high amounts of organic produce may have more than a lack of pesticides to thank for their health benefits – organic food tends to leave out dyes, preservatives and additives found in other conventional foods. (Photo: Philosophographlux, Flickr, CC BY-NC-ND 2.0)

COOK: Well, I guess I feel as if we should have been doing studies like this a long time ago. We really do need to be much more careful about the low levels of carcinogens that we still have in our diet. The fact that several cancers here did show a marked decrease to me tells me that organic food is probably targeting the mechanisms that are associated with those cancers. And the other thing that's interesting, while they've spent about pesticides there are other chemicals in non organic food that are not allowed in organic - certain chemical dyes, certain colorings, certain flavorings - that simply are not allowed in organic food manufacture. That, in addition to pesticides may be another reason why there's lower cancer rates amongst these mostly women who are eating more organic food.

CURWOOD: And of course, if a product is made from genetically modified organisms, it's not allowed to be labeled as organic.

COOK: That is true as well, and they're really not very many chemicals that are allowed in organic manufacture or packaged food compared to conventional where there are thousands. So, there are lots of questions raised by this study, but to me it goes back to the basic point. A cleaner set of ingredients, closer to nature, fewer additives, less processing, is probably in general playing a role here.

CURWOOD: So, how excited are you by this study and how much of a game changer do you think it might become?

COOK: Well, I find it very encouraging. It's just one study that's often said from time to time, and they're right. One study is just one study. To me, this opens the door to doing more types of analyses like this of big populations and refine even further what we know about the diet of the people that are responding to the questions. What we need to do now, Steve, is we need to scale it up. We're still talking about organic with a very small footprint on the agricultural landscape, and unfortunately still a very small footprint as it were in our diet. But the other thing, I just have to say is, this does not mean that eating conventional fruits and vegetables is a bad thing. We think that's positive. The real problem when we have in our diet is the processed food, the additives, but this study adds that extra twist. 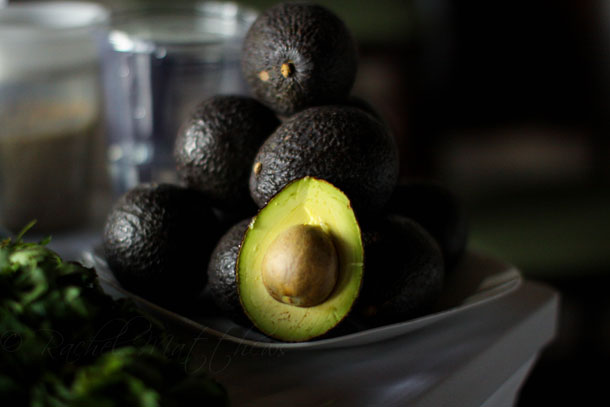 Avocados are one of the foods that made Environmental Working Group’s “Clean Fifteen,” a list of foods that, when tested, show a naturally low level of pesticides. (Photo: Rachel, Flickr, CC BY-NC 2.0)

CURWOOD: Some people are going to be surprised that you say go ahead eat conventional fruits and vegetables that have pesticides on them because they're less of a risk than other things that we put in our bodies.

COOK: Yeah, that's right but, you know, if I can give my little boy a conventional apple I'm going to give him that as opposed to a pile of cookies or some chips. And so, I think we want to move the diet lower down in the food chain to plants - a plant-based diet is desirable - but we don't have to choose. We want people to think holistically about their health and their diet, and in order to do that we have to recognize that not everyone can find or afford organic food.

CURWOOD: So, every year you guys publish a list of foods which are kind of, ooh, worried about the pesticides and then the things that you like. Mention some of those items to us now.

COOK: Well, sure. I mean every year we look at the data that comes out of the Department of Agriculture. They test our fruits and vegetables for pesticides, and we look at a couple of things. We look at how many pesticides and what concentration they are in fruits and vegetables. So, we've come up with two lists. One is the dirty dozen. These are the fruits and vegetables that have the most pesticides on them, and if you want to avoid pesticides, you should try and buy organic of those types of foods. Then there's the clean 15, which we started doing some years ago because we were concerned that organic wasn't always available and we also want to incentivize people to get them thinking positively about eating fruits and vegetables. These are things like bananas, certain types of squash, where the pesticide levels are extraordinarily low, they almost seem as if they're organic.

CURWOOD: The study published in "The Journal of the American Medical Association Internal Medicine" talks about cancer being associated with consumption of non organic food, or the other way around is that the more organic you eat the less likely you are to get cancer. From your research and studies over the years, which of these findings really resonate with what you've been told by other scientists, in particular the types of cancer? 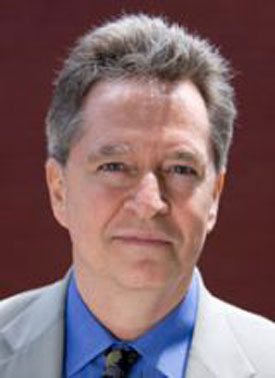 COOK: These are exactly the kinds of cancers that we would be concerned about with these exposures, and while this study focused on cancer, it also made me wonder the benefits we might see or the understandings we might reach if they did a similarly large study of this sort and looked at other disease outcomes, neurological diseases, ADHD, early onset Alzheimer’s, any kind of damage to our nervous system. We have a lot of pesticides that are in use and are in the food supply that have that particular health end point associated with them, while with others it is cancer. So, again I think the overarching message here is that when you look at a large population like this and you ask a lot of smart thoughtful questions about eating habits, we emerge with a fresh understanding of the benefits of having a diet that is clean.

CURWOOD: Why haven't we see this kind of study out of the United States, do you think?

COOK: I think we may see interest in doing a study such as this in the United States now, but what I will say is we know that the other side of this debate in the chemical industry has not been eager to have these kinds of studies conducted and simply wants to reassure everyone that whatever is in your food now is safe because the government says so. And that's the backdrop here. We have science that tells us that there are sometimes very subtle, sometimes long-term effects on our health from exposure to pesticides and other toxic chemicals, and because the exposure only manifests itself decades later, it's very difficult to get a handle on those, and because the government often doesn't regulate them, it leaves people thinking well perhaps there's not much to it after all.

Studies like this breakthrough and you suddenly realize, ah-ha, all along our hypothesis was probably right. You put chemicals in food that even at trace levels are considered carcinogenic or could mess with our nervous system our hormone system. Over time, it could have an effect but you need a very powerful study to draw out those conclusions. This is one such study and I think there may be more that follow now.

CURWOOD: Ken Cook is the President of the Environmental Working Group. Ken, thanks so much.

The Environmental Working Group’s shopper guide for the ‘Dirty Dozen’ and ‘Clean Fifteen.’

CNN | “You Can Cut Your Cancer Risk by Eating Organic, a New Study Says”