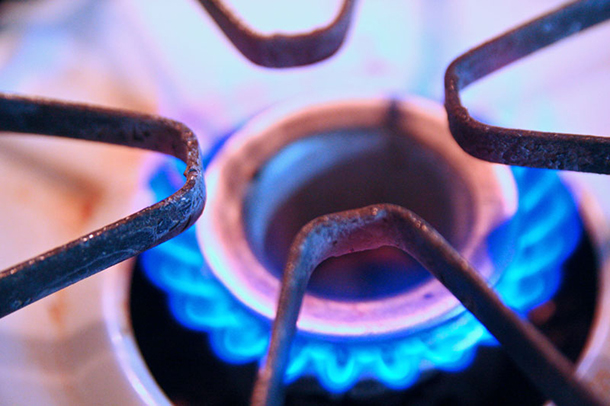 Research has linked fracking for natural gas to an uptick in radon in Pennsylvania homes, some of which exceed the actionable EPA limit 250 times over. (Photo: Steven Depolo, Flickr CC BY 2.0)

Pennsylvania homes have high levels of radon, a substantial risk factor for lung cancer. A recent research project from Johns Hopkins University surprised state experts when it found a correlation between the natural gas fracking boom and an increase in radon levels. But as the Allegheny Front’s Julie Grant reports, that may not be the whole story.

CURWOOD: It's Living on Earth, I'm Steve Curwood. You can’t see it, or smell it, but radon is the second biggest cause of lung cancer in the U.S, after smoking. This radioactive element is a gas at room temperature, and it can be locked in rock formations. And when wells are drilled for water or oil or natural gas, the drilling can release radon, which can then migrate into buildings. Today some of the highest radon levels can be found indoors in Pennsylvania and those levels are ticking up. As the Allegheny Front’s Julie Grant reports, some researchers are giving the gas a second look.

GRANT: Radon starts out as uranium, it’s naturally in soil and rocks. As the uranium decays, it becomes radon gas, and can seep into people’s basements. That’s common in Pennsylvania. So it’s no surprise there’s also radon in the Marcellus Shale, the rock formation that sits under much of the state.

CASMAN: The Marcellus is considered to be a fairly radioactive rock.

GRANT: Elizabeth Casman is a researcher in environmental engineering at Carnegie Mellon University. She’s seen the numbers: the Environmental Protection Agency estimates that indoor radon causes or contributes to 21,000 lung cancer deaths each year. So, after fracking in the Marcellus took off in Pennsylvania, its radioactivity kind of freaked Casman out…

CASMAN: The more I was reading about the formation, and the potential for radon in the natural gas, the more nervous I got.

GRNT: Concerned about lung cancer, she bought an electric kettle, and stopped cooking on the gas stove. More and more Marcellus gas is coming into our homes. And it’s bringing up a topic that many experts thought was settled. People like Dave Allard, who have known about radon in homes for a long time.

ALLARD: I’ve been around the block. [LAUGHS}

GRANT: He’s currently director of the Bureau of Radiation Protection at the Pennsylvania Department of Environmental Protection. Allard says the state already knows why Pennsylvania has high radon levels - it’s known since the mid 1980s.

ALLARD: We have some of the most unique geology, soils and rocks, creating probably some of the highest of radon levels naturally in the country, maybe the world…

GRANT: And he says radon in Pennsylvania is trending upward. They’ve seen some homes with levels 250-times the amount that’s actionable by the EPA.

ALLARD: And quite honestly some of our residential levels in Pennsylvania, are higher than you would allow in an occupational setting, or a uranium mine.

GRANT: So the DEP looked into it. Bob Lewis is the state’s chief radon officer. He tested at more than 30 wellheads in different regions of the state. At each site, he connected stainless steel cells into the gas well systems.

LEWIS: And then flow the natural gas through the cells for five to ten minutes, but then we do the analysis. And from that, we can then calculate the concentration of the radon in that natural gas at that particular wellhead.

LEWIS: We collected those samples in order to make some estimates of the end user.

GRANT: The end user, that’s us, cooking and heating our homes with natural gas. The DEP released his findings in early 2015.

LEWIS: And basically our conclusions, they show that they were receiving very small, radiation doses from the radon in natural gas.

GRANT: So, for the DEP, the issue was taken care of. Pennsylvanians are already advised to test for radon in their homes. And Marcellus Shale gas wasn’t adding to the problem. And then, the state’s radon experts got kind of blindsided.

LEWIS: Let me just give you… I’ve got their press, the Hopkins press release right in front of me…

GRANT: Using DEP’s own data, researchers at Johns Hopkins University published a study in Environmental Health Perspectives. The title? “Increased Levels of Radon in Pennsylvania Homes Correspond to Onset of Fracking.” Joan Casey was the lead author. She says her team noticed the upswing in radon happened around the same time as the fracking boom.

CASEY: And we wanted to see if this new industrial development potentially was contributing to increased levels of radon in homes.

GRANT: They broke up the state into different regions - places with no fracking, some fracking, and high levels of fracking.

When people test their homes for radon, the results are filed with the DEP. Casey’s team analysed 860,000 test results in the different regions.

CASEY: We saw at the same time that fracking was going on, increased levels of indoor radon in places that had the most fracking.

GRANT: They also looked more closely at a home or building’s proximity to fracking activity.

CASEY: And we found that buildings that were located closer to more drilled wells had significantly higher indoor radon concentrations than buildings located farther away.

GRANT: So needless to say, the DEP’s Dave Allard was pretty ticked by the media attention on this study. He thought Casey’s findings could unnecessarily scare people. One problem, Allard says, is that radon is trending up in every region of the state, no matter how close or far it is from fracking activity. 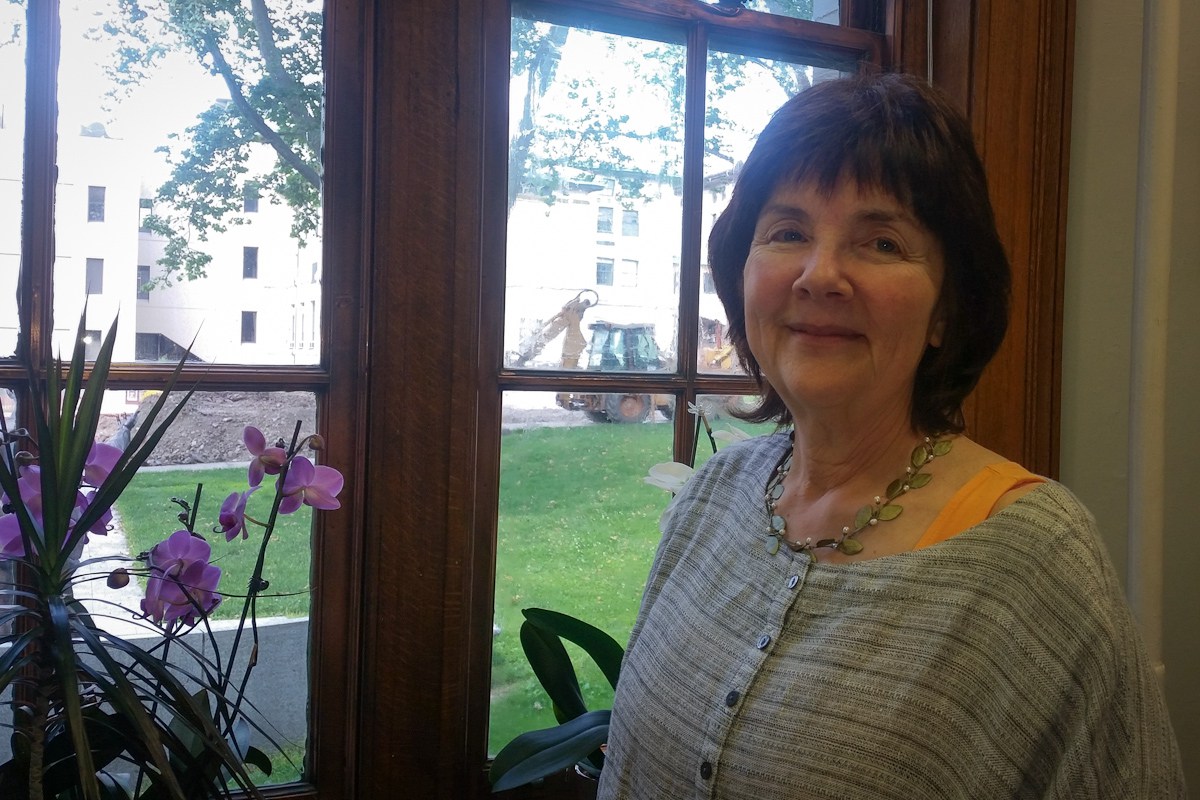 Elizabeth Casman took steps to minimize her potential exposure to radon when she learned about the radioactivity of the Marcellus Shale. (Photo: courtesy of Julie Grant))

ALLARD: Yea, there’s an uptick. But all of it is upticking through time.

GRANT: So he says there’s got to be a different cause. He’s convinced it’s related to increased soil moisture, and says that’s backed up by a study from Finland, published last year. Casey says her analysis takes rainfall into account. When she looks at her results, and those of the DEP study that found a small increase in indoor radon-- she says there’s reason for concern.

CASEY: There’s no safe level of radon exposure, in terms of lung cancer risk. And any increase in radon levels translates into an increased risk of lung cancer. That’s definitely true.

GRANT: Casey doesn’t really know why radon levels are increasing. She says maybe it could be entering homes through well water, ambient air, or the use of natural gas on the stove. Which brings us back to Elizabeth Casman. Remember her? She’s the CMU professor who stopped cooking because she was worried that radon in the gas would increase her risk for lung cancer. Like any researcher, she started gathering data. First, she and her team wanted to test right the kitchen burner. But that wasn’t easy.

GRANT: So, instead, with the agreement from energy companies, they took gas samples from pipelines. And Casman says she was relieved by the findings.

CASMAN: We took all the worst cases, and still it came out to a non-scary risk level. And that’s when I calmed down about cooking. I’m cooking again.

GRANT: Casman says unless someone used their unvented stove to heat their home, and they didn’t leave the house for 70 years, they wouldn’t really have an elevated risk of lung cancer from Marcellus Shale gas.

CASMAN: The increment from cooking from the Marcellus only is probably not going to be killing a lot of people.

GRANT: Still, Casman and others want more data. But for now, if you’re concerned about radon from your gas stove, she says, just open a window. I’m Julie Grant.