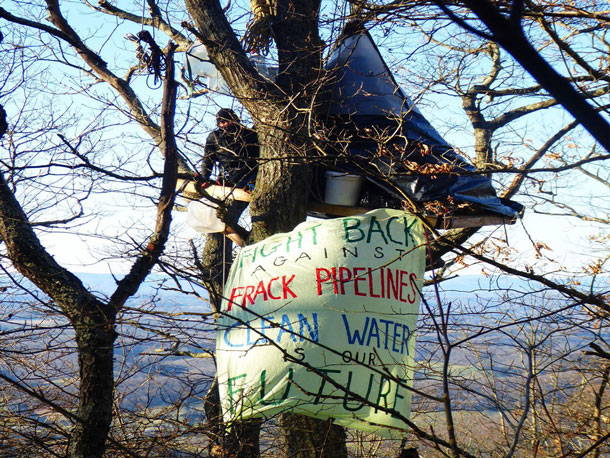 Peter Dykstra and Steve Curwood take a look beyond the headlines at a tree-sitting Appalachian pipeline protest, and discuss Forest Service workers who are taking construction lessons from beavers. From the history books, Steve and Peter review the convictions of Union Carbide executives for their role in the Bhopal, India chemical plant disaster that killed thousands, and note the CEO and other company officials avoided serving time.

CURWOOD: There’s plenty of news beyond the headlines these days and our guide is Peter Dykstra. He’s an editor with Environmental Health News, that’s EHN.org and DailyClimate.org, on the line now from Atlanta, Georgia. Hey there, Peter, what’s going on?

DYKSTRA: Hi Steve! Let’s go to the Appalachians, the border of Virginia and West Virginia. There are tree-sitters, some of whom have been up for as many as fifty days, trying to stop construction of the Mountain Valley natural gas pipeline.

DYKSTRA: Their objections are many, one of which is that pipelines tend to break or spill and can threaten ecosystems. This being their home, they’re a little worried about that. They’re also a little resentful, if you will, that the company that owns the Mountain Valley natural gas pipeline actually started clear-cutting and preparing for the site before they had any permits, suggesting that the political process to build a pipeline may be a little bit rigged.

CURWOOD: Hey Peter, I’m old enough to remember and I think you are, the Redwood Summer, and then Julia Butterfly Hill when she sat for – how long in a tree? 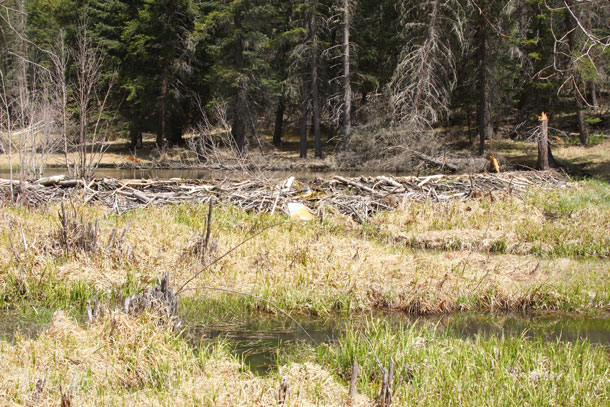 Forest Service workers are replicating natural beaver dams like this one in order to restore habitats along the Rio Cebolla. (Photo: J.N. Stuart, Flickr CC BY-NC-ND 2.0)

DYKSTRA: Well I’m old enough to forget a lot of things, but I definitely remember that one. There was first the Redwood Summer and then Julia Butterfly Hill, who was an activist, from December 1997 to December 1999 – a full two years – who sat in a redwood tree in Northern California to prevent logging in an old growth redwood forest.

CURWOOD: Yes, I believe her tree was named, “Luna.”

CURWOOD: Hey, what else do you have for us today?

DYKSTRA: Next stop is New Mexico. The Rio Cebolla is an ecosystem that’s being degraded partly because cattle grazing and other things. There are workers from the US Forest Service and some volunteers who have been out building the human equivalent of beaver dams to restore the ecosystem. They’re basically imitating beavers.

CURWOOD: Huh, so why?

DYKSTRA: Beaver dams built by humans! Wildlife and fish, they say, are beginning to thrive. They’ve done 24 of the beaver dams this year with plans to do more. They create deeper water pools and more natural wetlands.

CURWOOD: There’s got to be a catch.

DYKSTRA: Well, here’s a little irony. There’s still cattle grazing there, so they have to worry about that for further degradation, but as they plant willow trees and build beaver dams to help restore this ecosystem, one of the other threats to that are real beavers who will move in before the restoration is complete. 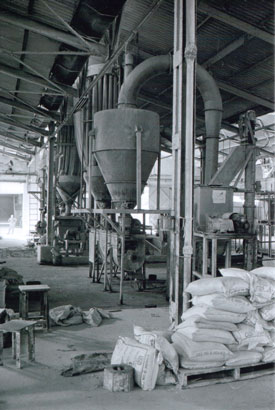 CURWOOD: Huh, well maybe they’ll sue for intellectual property rights as well! Hey time to turn to the history vaults, what do we have today?

DYKSTRA: A lot of people will also remember that in 1984, one of the worst chemical accidents in human history in Bhopal, India, killed thousands when a chemical called methyl isocyanate leaked in a fairly large city. And in June 2010, eight years ago, eight executives from the owners of the plant, Union Carbide, were convicted in absentia of negligence in this huge death toll.

CURWOOD: By the way, I think there’s an identical plant to Bhopal in Institute, West Virginia that’s still operating today.

DYKSTRA: That’s right. And Carbide eventually sold out of the plant in Bhopal, but not before eight of its executives were convicted. If they ever showed up for sentencing they would have faced only two years and two thousand dollar fine. A half a million people were affected by the gas leak in Bhopal. The government confirmed 3,800 deaths. Those numbers are almost universally dismissed as being too low. There are other estimates that say 8,000 and maybe as high as 16,000 died as a result of the Bhopal disaster. Warren Anderson, the CEO and chair of Union Carbide at the time, was declared a fugitive from justice. He died here in the US in 2014.

CURWOOD: Without serving a day.

DYKSTRA: Okay Steve, thanks a lot! Talk to you soon.

CURWOOD: And you can find more on these stories on our website LOE.org.