Half a Degree Hotter Will Cost $30 Trillion 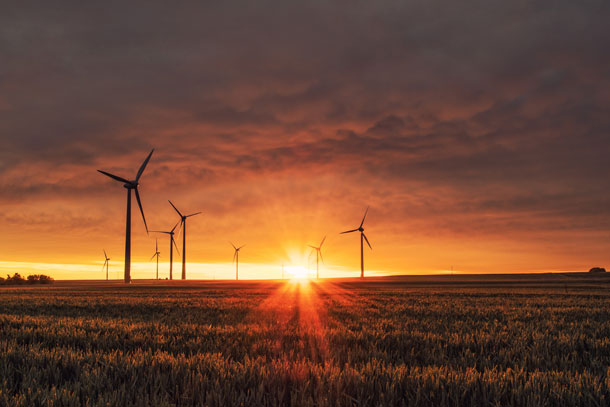 An economic analysis finds that the benefits of meeting the most stringent targets set out by the Paris Climate Accord far outweigh the costs. Meeting those targets will require a rapid transition towards more renewable energy sources, such as wind and the development and deployment of ways to extract greenhouse gases from the atmosphere. (Photo: Karsten Würth, Unsplash Creative Commons)

The most ambitious target of the Paris Climate Agreement is to limit global warming to one and a half degrees Celsius above pre-industrial levels, rather than two degrees. Now researchers at Stanford University find that avoiding a half a degree of additional warming could save a whopping $30 trillion of GDP globally. Marshall Burke, an Assistant Professor of Earth System Science who led the study, explained to host Steve Curwood how saving global heat could save trillions.

Back in 2015, the Paris Climate Agreement set two goals: Parties agreed that planet warming should in no event be allowed to exceed two degrees centigrade above pre-industrial levels, but it would be better to limit the warming to one and half degrees. At this point the pledges made by individual countries so far will not achieve either goal, but a team based at Stanford University has calculated that the less warming in that half degree of difference could be worth 30 trillion dollars in the world economy. They found that almost all nations would economically benefit from tighter restriction of temperatures and saving the 30 trillion would cost less than a half a trillion. Marshall Burke is an Assistant Professor of Earth System Science at Stanford University who led the study. Welcome to Living on Earth!

BURKE: Thanks a lot for having me.

BURKE: So, the 30 trillion dollar number we have is a global total. So, this is adding up the sort of additional losses we would suffer at two degrees instead of 1.5 degrees around the world. So, think of this as a global number, but importantly we find that these sort of costs, if you will, or benefits – if you – if you want to think about it in terms of staying at 1.5 degrees Celsius – we find that these benefits are unequally distributed. So we find that the largest benefits at least in percentage terms will be in the poorest parts of the world, countries that are already very hot and for whom any additional warming exacts a lot of additional economic damage. So, we find that the benefits will be largest in the tropics.

CURWOOD: So, Marshall, explain that to me. Why will these poor, tropical countries get hit harder? Don't they have less infrastructure? 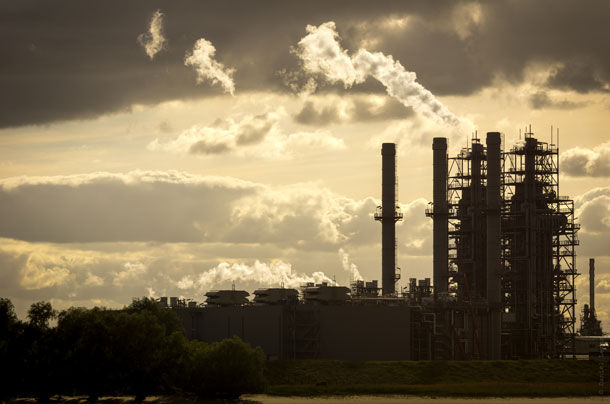 Warming from greenhouse gas emissions could make the entire world 10% poorer by the end of the century if it continues at current levels. (Photo: Daniel Lerps, Flickr CC BY-ND 2.0)

CURWOOD: Your study is mainly GDP-focused, and you don't look at specific sectors. But give us some idea of the sectors that would be really hit hard by this increment in warming.

BURKE: Yeah, our study focuses on total economic output, so GDP, Gross Domestic Product, which is just the value of all the stuff that's produced in a country in a given year. But you're right that we might think that changes in climate would affect different sectors differently. Our study doesn't look at that directly, but a sort of a host of other research looks at this.

CURWOOD: So, you say places like Iceland maybe Russia, Canada, fairly cold places might actually see a little more economic progress with a bit more warming. Can you explain that for us?

BURKE: That's right. So, our study focuses on the benefits, the economic benefits, of reducing warming basically, of keeping warming at 1.5 degrees versus two degrees Celsius. But you have to weigh that against the costs of meeting these more stringent mitigation targets. So, other folks have tried to calculate the cost, right? What would be the differential cost in terms of how much money do we have to spend to transition our energy sector away from dirty fuels to cleaner fuels, for instance? So, what would be the total economic cost around the world? And the estimates that other folks have come up with are on the order of half a trillion dollars. And so that is basically an order of magnitude lower than what we calculate the benefits to be of undertaking those actions. So, to us, the cost benefit calculation looks wildly favorable for stronger mitigation.

CURWOOD: So, Marshall, one thing that really concerns me about your study is one could argue that it's going to be very tough to hit one and a half degrees Centigrade warming, to limit it to that, given what is going on right now among all these countries that have agreed to the Paris Climate Agreement, not even thinking about the United States which is trying to get out of it. I mean, what are the odds of us being able to achieve these savings that you say that we would have if we could achieve that? 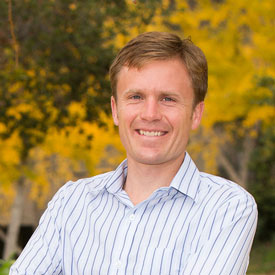 BURKE: So, the odds of achieving the 1.5 C. target right now are pretty low, and doing so depends on us inventing carbon capture technologies that do not yet exist and deploying those technologies sort of massively such that by mid-century we're actually pulling more carbon out of the atmosphere than we're putting into the atmosphere. So, we need to go sort of net negative in emissions terms by mid-century. So, the optimist in me wants to believe that we can get there and perhaps numbers like ours would suggest that the economic returns of getting there are higher than we thought, but you're right that we are certainly not on path right now to meet these more stringent goals.

But I think bigger picture, what our estimates suggest that any effort we put in to reduce warming is likely to generate large economic benefits around the world. So, right now are headed for three degrees Celsius. If we can keep it below that that's going to generate benefits, if we can go all the way to two, that generates even more benefits. So, what our results again suggest is that there are large benefits from even relatively modest reductions in future warming.

CURWOOD: Some people listening to us would say, “Okay, this is interesting, but how do you put a price on some of the things that are likely to happen in the years ahead if we don't hit this one and a half degree Celsius target?” In this broadcast there is a segment about kids living in the Marshall Islands looking ahead at their future, and at two or three degrees C they have no homeland. Their Marshall Islands are going to be underwater as are a number of other low-lying places. How do you put a price on losing the places that people can live?

BURKE: That's a great question and that is not something that our current approach grapples with very well. So, all we are able to measure in this approach is things that show up in gross domestic product. So, again they’re just the value of the goods and services that are produced in an economy in a year. So, we will not capture many of these other very important things – loss of homeland, loss of habitat, that we know to be very important, that we imagine will likely be fundamentally affected in the future, but things that do not show up in this measure of GDP. So, to the extent that we think those things are important and that they could be negatively affected by future warming, then they won't be included in our estimates and our estimates will be an underestimate of the impacts of more warming in the future.

CURWOOD: Marshall Burke is an Assistant Professor of Earth System Science at Stanford University. His paper was published recently in "Nature." Thanks so much, Professor, for taking the time.

BURKE: Thanks so much for having me.