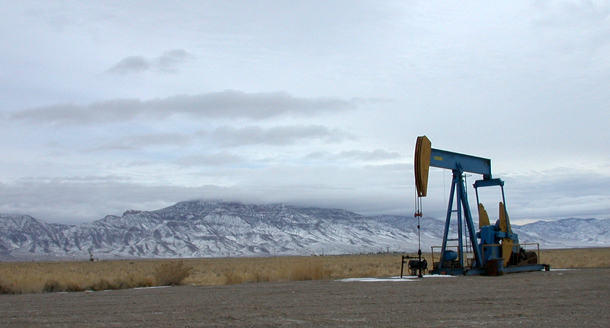 This week, Peter Dykstra shares with host Steve Curwood his insights on a Department of Energy report that shows the US is now the globe’s biggest oil producer, and US transportation emits more greenhouse gases than electricity generation. The pair also discuss how mercury from coal-fired power plants is polluting rice in China, and take a trip back to 1872 and a landmark mining law that has had a profound and lasting impact on the American West.

CURWOOD: It’s Living on Earth, I’m Steve Curwood. These days the news cycle can be so fast it’s hard to keep up with what’s going on but fortunately there’s Peter Dykstra. Peter is an editor with Environmental Health News, that’s ehn.org and DailyClimate.org -- and he keeps us posted as to what’s going on beyond the headlines. He’s on the line now from Atlanta, Georgia -- hi there Peter, what do you have for us today?

DYKSTRA: Hi Steve, the Energy Information Administration, it’s part of the Department of Energy, is sort of the government’s scorekeeper on how much energy we use, what kinds we use, what kinds we conserve, and all sorts of numbers and statistics, and they say that in the first quarter of 2018, oil and gas production in the United States were at an all-time high.

CURWOOD: Well that’s great news if you’re in the oil economy but maybe not such great news for the climate. What else is in their report?

DYKSTRA: It also says that the US is now the biggest oil producer in the world. Even though consumption of oil in the form of gasoline has gone down a little bit in the early part of this year.

CURWOOD: But I thought I heard actually we’re still burning up a lot of gasoline in this country?

DYKSTRA: Burning up a lot of gasoline -- you can put all the Priuses and maybe even EVs out there in the world and we’re still gonna be lashed to the gas pump for a long time to come. In fact in February of this year, 10 and a quarter million barrels of per days flowed out of US wells -- most of it going in the form of gasoline into US cars.

CURWOOD: And as I understand it, you know, across the American economy emissions have been going down except in this area of transportation and using oil? 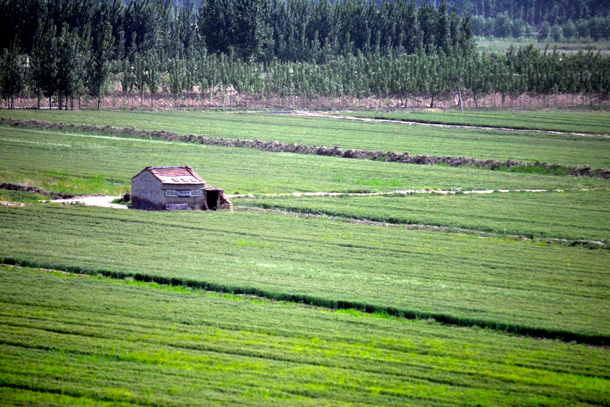 DYKSTRA: Right. One of the things in the EIA report that was kind of buried but to me is really significant is that transportation for the first time exceeded electricity generation as the major source of greenhouse gas emissions here in the US.

CURWOOD: Hmm … hey uh, what else do you have for us today Peter?

DYKSTRA: Let’s talk about mercury. Methyl-Mercury from coal burning is a big problem everywhere, particularly in China with all the coal plants over there.

CURWOOD: Yeah I mean it’s really dangerous, it’s a neurotoxin, it makes people crazy. Mercury was used in making hats back in the day, they say, “Mad as a hatter” comes from that. And it really affects development.

DYKSTRA: Right and there’s a study from MIT and the University of Pohang in South Korea that says that not only does China have to contend with mercury from coal burning, but once that coal burning has mercury hit the ground in the form of methyl-mercury, it gets into rice and rice is another source of health risk from mercury. 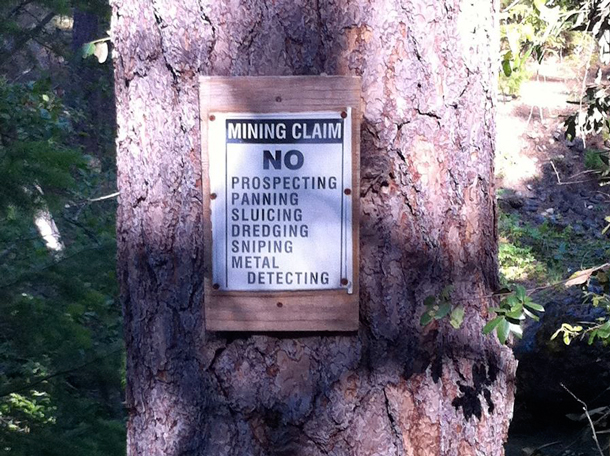 CURWOOD: Well we think of mercury falling in the lakes and poisoning fish; but you’re saying rice is a problem, huh?

DYKSTRA: Yeah, it goes into rice patties, it’s in the water, it’s in the soil and then there’s uptake into the rice, which is of course, particularly in central China, a big food source.

CURWOOD: Hey, what do you have in the history vaults for us this week?

DYKSTRA: Well, let’s talk about President Ulysses S. Grant. He’s on the 50 Dollar bill and on May 10, 1872 he signed into law the General Mining Act of 1872. Its intent was to speed white settlement of the Western US.

CURWOOD: And so, what were the prices for that 1872 mining act?

CURWOOD: Oh my. So what if you find a whole bunch of gold or copper, really valuable minerals, and for paying five dollars for the acre, you take out five million dollars worth of stuff like that. What happens then?

DYKSTRA: Yeah, the taxpayer doesn’t see any of it and for the older mines that were abandoned, this law enabled thousands and thousands of contaminated mines to stay contaminated because in the early days, there were virtually no cleanup procedures and there’s still controversy over that today in addition to the price remaining the same since 1872.

DYKSTRA: Alright Steve thanks a lot, talk to you soon.

CURWOOD: And there’s more on these stories at our website, Loe.org.

The Jakarta Post: “Another problem with China’s coal: Mercury in rice”