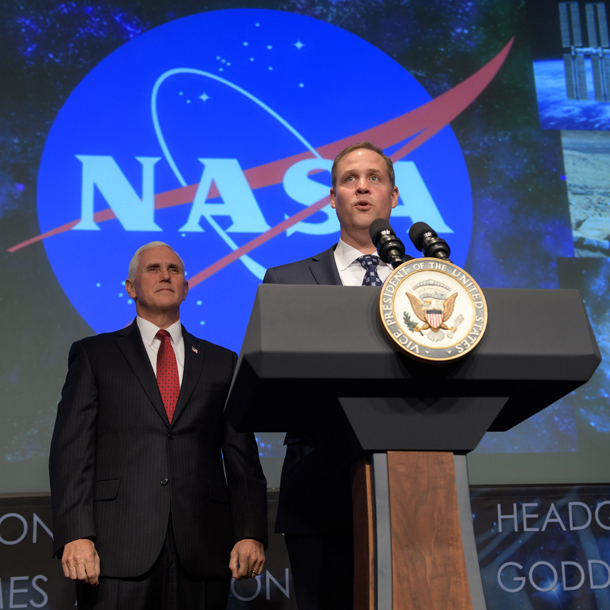 This week, Peter Dykstra and Host Steve Curwood go Beyond the Headlines to discuss NASA’s new anti-climate action Administrator and a girl scout’s journey to Washington to protest the weakening of coal ash regulation. In the history lesson, they consider the influence of Michael Mann’s famous “hockey stick” graph that dramatically depicts CO2 levels rising in lockstep with global temperatures.

CURWOOD: Let’s take a look Beyond the Headlines now with Peter Dykstra, he’s down in Atlanta where he’s, well, when he’s not talking to us he’s busy working as an editor for Environmental Health News, that ehn.org and DailyClimate.org. Hi there Peter, what’s going on?

DYKSTRA: Hi Steve, well there’s a new administrator for NASA this week and its Congressman Jim Bridenstine, a three-term representative from Oklahoma, who rejects the consensus on climate change and has also been very critical of what is now his own agency, NASA, spending money on climate change.

CURWOOD: Well wait, NASA has a huge earth observation component. In fact, perhaps one of the most famous climate scientists, James Hansen, was a NASA employee for a number of years. What’s going on?

DYKSTRA: That’s right, but science has nothing to do with Jim Bridenstine. He has no science credentials or background. The closest he comes is an enthusiasm for science. And he ran the Tulsa Air and Space Museum in his hometown back in the day. 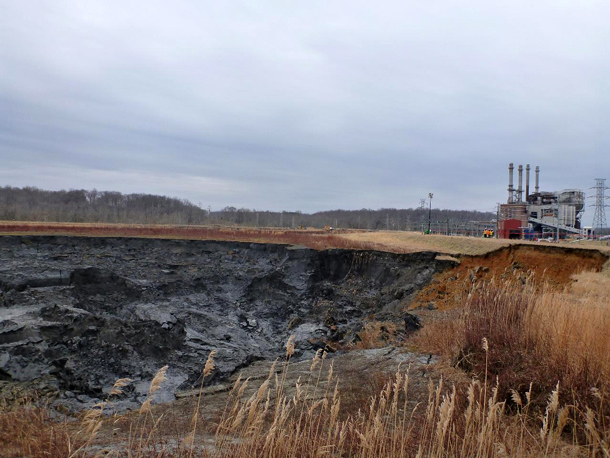 A coal ash impoundment like the one above is threatening Amelia Hopkins’ Girl Scout camp on Lake Springfield in Illinois – so the 7th grader is traveling to Washington to press EPA to keep regulations on coal ash in place. (Photo: U.S. Environmental Protection Agency)

DYKSTRA: Well Tulsa has been kind of a breeding ground for – I guess the word would be anti-environmentalists. There’s Jim Bridenstine and his climate denial. There’s Scott Pruitt and his notorious term at EPA. Scott Pruitt started his political career as a state senator representing Tulsa. And of course, Jim Inhofe, the uber-climate-denying Senator who was at one time the mayor of Tulsa and later its Congressman.

CURWOOD: Hmm, I wonder if there’s something in the water down there.

DYKSTRA: I’d be surprised if there weren’t something in the water down there with leaders like that.

CURWOOD: [LAUGHS] Hey what else do you have?

DYKSTRA: Let’s talk some more about EPA. The agency has angered journalists by shutting off access to its information. They’ve angered scientists by firing its staff scientists. They’ve infuriated activists. But now they’ve really done it, EPA has cheesed off the Girl Scouts.

CURWOOD: Oh, how’s that? They’re not buying the cookies?

DYKSTRA: Well there’s a summer camp in Illinois for Girl Scouts that’s possibly threatened by leaks from a coal ash impoundment. Coal ash regulations were tightened up by the Obama administration. The Trump administration has proposed loosening those regulations. And one girl scout in particular is travelling from her central Illinois troop to Washington, hopefully to earn a badge by talking to the EPA about those coal ash regs, keeping them tight and protecting their summer camp.

CURWOOD: Hey this is great, I mean it seems like youth activism is not only taking on climate, it’s taking on guns and now, coal ash.

DYKSTRA: Well I think it’s really cool to see young people, and in this case a very young girl scout, participating in democracy when they see something that threatens their beliefs.

CURWOOD: Ok now what do you have from the oldie by goodie department that is history?

DYKSTRA: We’re going to talk about somebody whose been a guest here on Living on Earth and talked to you on several occasions, that’s Michael Mann the climate scientist. And it was 20 years ago this month that the first version of his “hockey stick” graph was published.

CURWOOD: Now of course the hockey stick because when you plot the data of temperature and CO2 together, for a long time it’s flat and that was of course like the shaft of a hockey stick. Then you come to fairly modern times and it suddenly goes up and that’s like the blade of hockey stick. And I guess that’s the point. 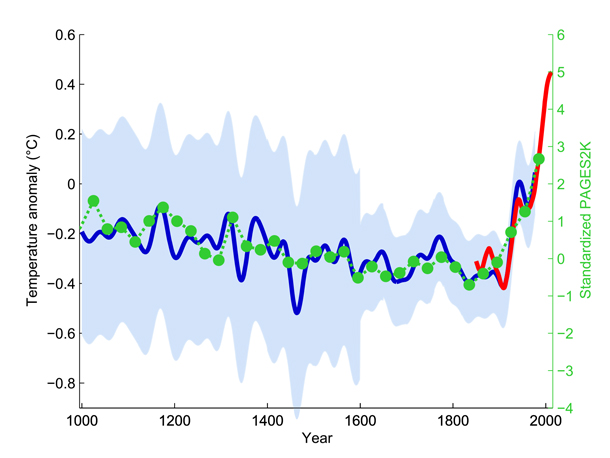 CURWOOD: And there you go. When you use real science, you get real results.

DYKSTRA: Not only that but he’s the most prominent climate scientist to actively fight back against the attacks from climate deniers. He’s done so in court, he’s done so in the court of public opinion and he’s done so in books and other publications, including in an article in Scientific American this past week on the 20th anniversary.

CURWOOD: Ok Peter, well, thank you for taking this time with us today and I look forward talking with you again real soon.

DYKSTRA: Alright, Steve, we’ll talk to you soon, thanks.

CURWOOD: And if you’re listening and you’re curious about some of these stories, you can head on over to our website loe.org.


Vox: “Trump’s next NASA administrator is a Republican congressman with no background in science”