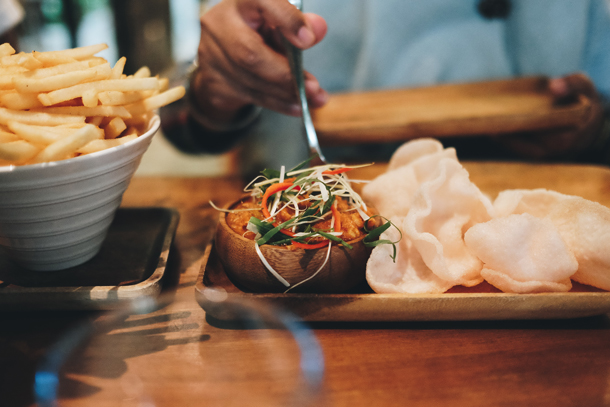 Researchers found that people who ate out in the past 24 hours had higher levels of phthalates, a hormone-disrupting chemical, in their bodies. (Photo: Matiinu Ramadhan, Unsplash)

Peter Dykstra and host Steve Curwood discuss research on some perils of eating out, scrutinize the Maine Governor’s push to weaken pesticide controls and remember the critical role of journalist and activist Marjory Stoneman Douglas in saving the Everglades in Florida.

DYKSTRA: Doing ok and I hope you’re doing well. Let’s talk about phthalates but if anybody wants to Google them, let’s spell them first. It’s P H T H A L A T E S. And phthalates are an endocrine disrupting chemical. A half a billion pounds a year, according to the EPA, are manufactured in the U.S. for things like food packaging and other uses in plastics.

CURWOOD: So, what’s going on with phthalates?

DYKSTRA: Well according to a new study in the Environment International Journal, they studied 10,000 people and found that 30-55% of them had higher levels of phthalates, this endocrine disruptor, in their systems if they had eaten out in the past 24 hours.

CURWOOD: So, what could be the cause?

DYKSTRA: Well possibly the food packaging, the way it’s cooked, industrial cooking equipment. Everything from plastic wrap to other things used in a kitchen.

CURWOOD: So, wait a second Peter, endocrine disruptors in certain cases are linked to obesity, sometimes they’re called obesogens, and you’re raising the specter that quite possibly if you eat, say, junk food that’s wrapped up in plastic that the plastic will also help make you fat.

DYKSTRA: Sure, I’m not raising that specter though, that’s been found in research in the past. And this new research suggests that if you eat at home, you’re going to save more than just money. 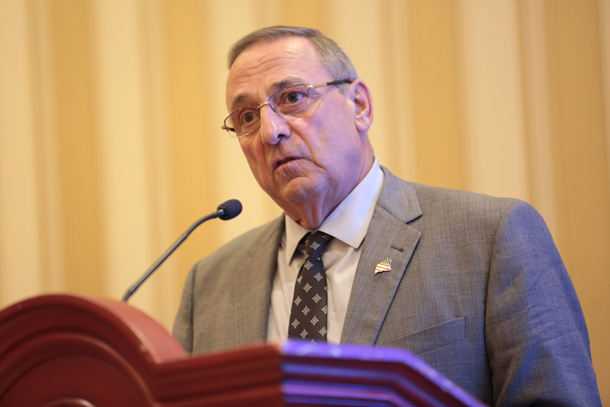 CURWOOD: Ok, what else do you have for us today?

DYKSTRA: Let’s talk about Maine governor Paul LePage. In his two terms he’s been a strong, outspoken opponent of when the federal government comes in and bigfoots state policy, tries to override what the state wants to do. But now it seems he’s trying again to bigfoot 30 municipalities that have passed restrictions on pesticide use.

CURWOOD: Uh huh, so what exactly does he want them to do?

DYKSTRA: Well this is his third try, either by the governor or by his allies, he wants to have every municipality in Maine stick to the weaker state standard rather than the stronger ones that some communities, including Maine’s biggest city, Portland, have enacted. And also, let’s think back a few years ago to something rather infamous that the governor said in a controversy about another endocrine disrupting chemical, bisphenol A. There were plans for restrictions in the state, the governor opposed those restrictions, and he said quite incorrectly that the worst-case scenario for endocrine disruption from bisphenol A was that we would have, quote, “women with little beards.”

CURWOOD: Oh my. Hey, what do you have from the history vaults for us this week?

DYKSTRA: Well here’s a name that most folks have probably heard a hundred times in the past month or so. Born this week in the year 1890, Marjory Stoneman Douglas, who had that high school in Parkland, Florida named after her for her work, the high school where that horrible massacre occurred a short time ago. She was a reporter till age 57, then she made an abrupt career change at age 57, writing the book “River of Grass” about saving the Everglades. 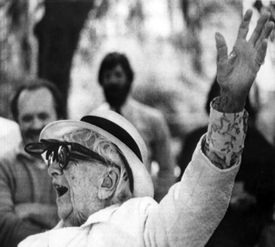 Marjory Stoneman Douglas is now a household name in the wake of the mass shooting at the Parkland, Florida school that bears her name. Ms. Douglas was a tireless reporter and activist who wrote extensively about saving the Everglades. (Photo: State Library and Archives of Florida, Wikimedia commons public domain)

CURWOOD: Yeah in fact it’s really an important reference when you go down to look at what’s happened at the Everglades.

DYKSTRA: Yeah and they’re not saved yet but she’s regarded as the heroine, the main figure in protecting the Everglades. She died in the year 1998 and worked right up until her death, which was at age 108.

DYKSTRA: Here’s a quote that she gave to a radio interviewer when she was 91 years old and still completely active in the cause of saving the Everglades. She said, “This whole thing is an enormous battle between man’s intelligence and his stupidity. And I’m not at all sure that stupidity isn’t going to win out in the long run.”

CURWOOD: Well I guess the jury is still out on that one, Peter.

DYKSTRA: Alright Steve, thanks, we’ll talk to you soon.


Environmental Health News: “Would you like phthalates with that burger?”

NPR: “Who was Marjory Stoneman Douglas?”