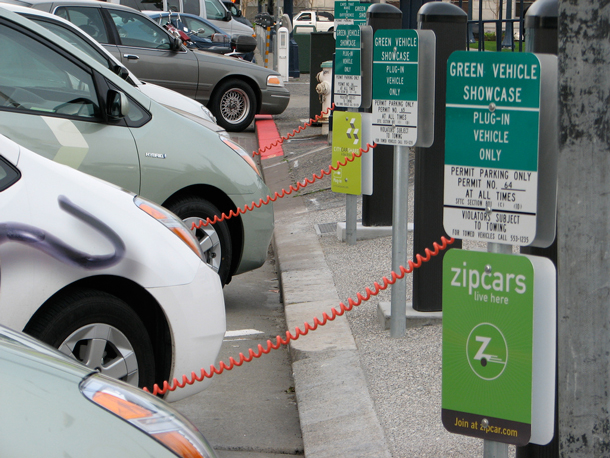 Electric charging stations in the US are still relatively uncommon but in Japan there are now more EV stations than gas stations. (Photo: Wikimedia Commons)

Host Steve Curwood checks in with Peter Dykstra for a look Beyond the Headlines. This week they note a new milestone for electric vehicles in Japan, the country of Belize declaring 10 percent of their ocean a marine protected area, and look back on the infamous oil tanker, the Exxon Valdez, eventually sold for scrap.

CURWOOD: We’ll check in with Peter Dykstra in Atlanta, Georgia now. Peter’s an editor with DailyClimate dot org, and Environmental Health News, that’s ehn.org and he digs into the world beyond the headlines – hi Peter, I see you have a new studio companion – your cat?

DYKSTRA: Yeah, my daughter’s cat. She will not have a speaking role in order to keep costs down.

CURWOOD: [LAUGHS] Okay, good. Hey, so what do you have for us today?

DYKSTRA: Well, Japan has some of the highest gas prices in the world: over five bucks a gallon. That’s one of the reasons why they got into electric vehicles early.

CURWOOD: Yeah, they certainly have been the leaders in electric – or hybrid. I remember being in Japan in 1997, riding in my first Toyota Prius. What’s going on now with EVs?

DYKSTRA: So, little bit of a landmark that was passed recently in Japan. They now have more EV charging stations than gas stations in Japan. About 40,000 for EVs, about 34,000 for gas stations.

CURWOOD: Well, being Japan, I imagine that, even though it’s an EV charging station, you’ll be able to get some decent sushi and stuff like that. 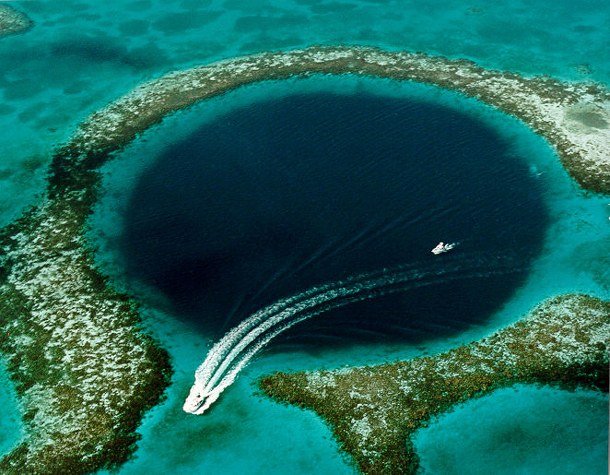 The Blue Hole is a mecca for SCUBA diving in Belize. (Photo: Wikimedia Commons)

DYKSTRA: Well, yeah, the waiting time that it takes to recharge an EV in Japan, you can maybe get some good food or do something else, as opposed to going into a US gas station and getting Slim Jims, and lotto tickets, and day-old hot dogs.

CURWOOD: Hey, what else do you have for us today?

DYKSTRA: Well, let’s go to Belize, a little bit more good news. Belize is a country that has really staked its economy to the ocean; to diving, snorkeling, and sport fishing. They’ve decided to commit 10% of Belizean waters in the Caribbean to Marine Protected Areas. And that’s a big step forward for the trend for protecting ocean areas around the world.

CURWOOD: And if you’ve been to Belize, if you go diving, even just snorkeling, it’s beautiful; they have a lot of stuff on their reefs still.

DYKSTRA: Yeah, and the total area doesn’t match some of the huge areas in the Pacific that have been declared, one recently around Easter Island. Easter Island, of course, is famous for those huge stone heads. And as far as US territory in the pacific, President Obama created several areas, but you know what, so did President George W. Bush. As bad an environmental rap as President Bush got, he did a lot in Marine Protected Areas.

CURWOOD: So, what do you have for us this week, now, from the history books? 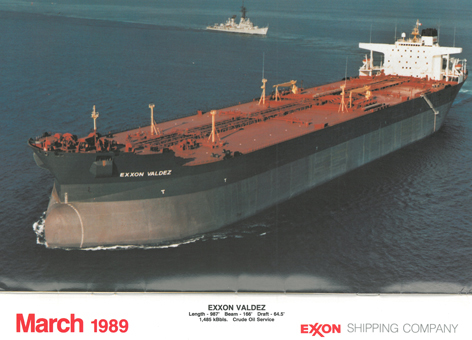 The infamous oil tanker Exxon Valdez that went aground in Alaska and spilled 11 million gallons of oil changed its name several times before being sold for scrap metal. (Photo: NOAA)

CURWOOD: [LAUGHS] Indeed. So, it was a single-hull tanker. They’re banned now, right?

DYKSTRA: Single-hull tankers can no longer operate in the US, whether they’re US flagged or not. We don’t know how many remain around the world, but ships like big bulk container ships can still have a single hull, and they still spill. They don’t carry oil as a cargo, but they carry it as a fuel, and there’ve been some pretty damaging single-hull spills from other ships as well.

CURWOOD: Well, farewell, the Exxon Valdez. And thank you, Peter Dykstra. Peter is editor with Environmental Health News, that’s EHN.org and DailyClimate.org. And we’ll talk to you again real soon!

CURWOOD: And there’s more on these stories on our website, LOE.org.

Caribbean Journal: Belize Is Expanding Its Marine Protected Areas in a Big Way