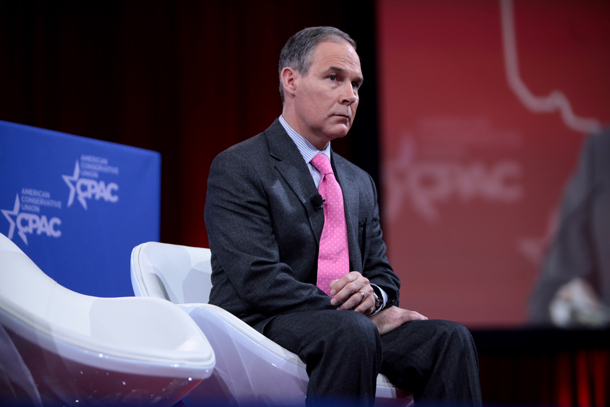 This week, Living on Earth’s Bobby Bascomb and Peter Dykstra discuss the investigation into Scott Pruitt’s travel records and the refocus of EPA money and staff. They note a lack of environmental justice efforts, and dive into past funding efforts for the not quite so great, but still pretty good, Lake Champlain.

DOERING: We’ll take a trip beyond the headlines now with Peter Dykstra of DailyClimate dot org and Environmental Health News, that’s ehn.org. He spoke from Atlanta, Georgia, with Living on Earth’s Bobby Bascomb.

BASCOMB: Hey Peter, how you doing?

DYKSTRA: I’m doing all right, Bobby. How are you?

BASCOMB: Oh, I’m good, thanks. What do you have for us this week?

DYKSTRA: Let’s start with the EPA and Administrator Scott Pruitt. He has someone investigating him – it’s one of the last people in the world I would have expected – Congressman Trey Gowdy. You might remember Trey Gowdy because he was “Mister Benghazi.” He tormented Hillary Clinton during the campaign over the whole Benghazi tragedy when she was Secretary of State. And he’s now asked Scott Pruitt to turn over all of his finances for his travel records. There’s a controversy over Pruitt taking first-class travel everywhere, and to a lot of places maybe an EPA administrator shouldn’t be going.

BASCOMB: Aha. So it sounds like Mister Gowdy is really concerned about how much money EPA is spending.

DYKSTRA: Yeah, I’m pretty sure he’s not concerned about environmental protection. He just scored a zero on the League of Conservation Voters’ scorecard for 2017.

BASCOMB: Wow, you have to be trying to get that low of a score, I think.

DYKSTRA: Yeah, look at other aspects of Scott Pruitt’s reign at EPA: enforcement is way down and that’s in part, possibly, due to the fact that enforcement agents have been taken out of the field and put into Scott Pruitt’s personal body guard entourage. He also put in reportedly a twenty-five thousand dollar Cone of Silence, a private phone booth, a little bit reminiscent of the Get Smart movie and the old sixties TV show, so he couldn’t be overheard or wiretapped in his phone calls as a public official. 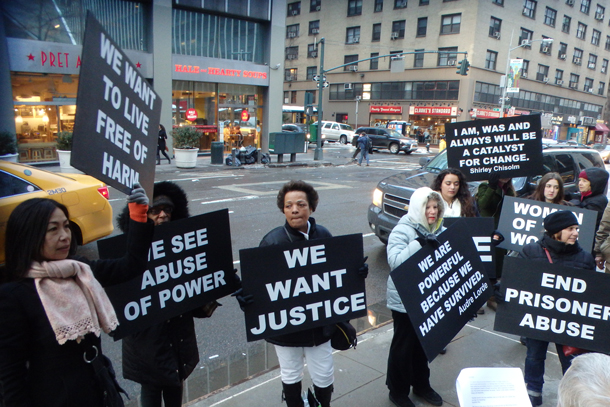 A recent EPA report finds the majority of air pollution in the U.S. affects minorities more than whites. (Photo: The All-Nite Images, Flickr)

BASCOMB: Jeez, nothing says open and transparent like a sound-proof room, huh?

DYKSTRA: A Cone of Silence, right. And let me mention something about the LCV scorecard. The League of Conservation Voters every year measures on a series of votes taken by the House and Senate who, in their eyes, has a good or bad environmental record. In the Senate, Republicans averaged one percent scores; the House, five percent for Republicans. On the Democratic side, ninety-four percent in the Senate, ninety-three percent in the House. The gap on environment between Republicans and Democrats has never been wider.

BASCOMB: Wow, wow. So what else do you have for us this week?

DYKSTRA: There’s a report done by EPA, this was started under Obama’s EPA. It’s published in the American Journal of Public Health. It says that forty-six states have air pollution problems affecting minorities, African-Americans, Latinos, Native Americans, worse than Whites. The only states where that wasn’t the case were Virginia, North Dakota, New Mexico, and Maryland.

BASCOMB: Seems like we do a story about that just about every week, and since Pruitt’s been administrator at the EPA doesn’t seem like that’s about to change, huh?

DYKSTRA: No, if anything focus on environmental justice may be going down in the Trump administration and under Administrator Pruitt. Environmental justice is a term and a concept that’s been out there since the nineteen eighties. It gets lip service; sometimes it gets no real service. As we’ve said before on this show and elsewhere, you don’t see waste dumps and refineries being built in Beverly Hills.

BASCOMB: No, definitely not. Well, what else do you have for us from the history books?

DYKSTRA: Twenty years ago this week, Senator Pat Leahy, a Democrat from Vermont, proposed that Lake Champlain, which sits between Vermont and New York State, be added as the sixth Great Lake. Now why would he do this when Champlain has only one-twentieth the water volume of Lake Erie? He did this to see if Lake Champlain could get Sea Grant money from the federal Sea Grant campaign that also services the Great Lakes.

BASCOMB: Wait a second, the last time I looked Lake Champlain is not connected to the sea.

DYKSTRA: Well it is technically, and so are the Great Lakes, technically. They’re big bodies of water, even Champlain; even though it’s much smaller, it’s a pretty big lake and it’s a beautiful one. Congress balked at Senator Leahy’s proposal, they didn’t make Lake Champlain the sixth Great Lake, it’s still a pretty good lake but not a great one. And the compromise that they did allow, allows Lake Champlain to tap into federal Sea Grant money to help study conditions on that big, beautiful, pretty good lake.

BASCOMB: That pretty okay lake stills gets federal money and that’s really what they were after? 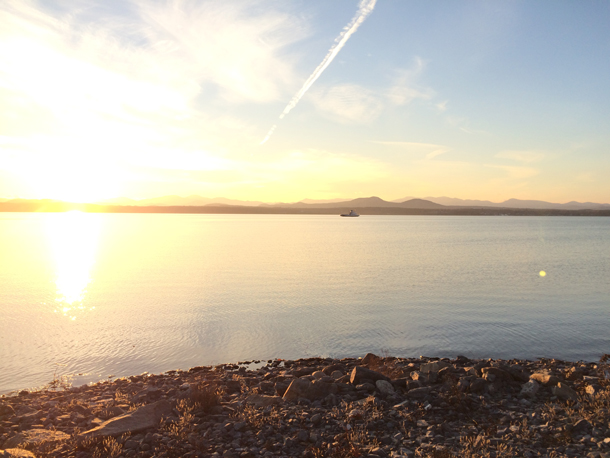 BASCOMB: Right. Well, Peter thanks a lot for taking the time to talk with me today.

DYKSTRA: All right, Bobby thanks a lot! We’ll talk to you soon.

DOERING: Living on Earth’s Bobby Bascomb -- and don’t forget, there’s more on these stories at our website, loe dot org.

MotherJones: “Congress Just Got a Whole Lot of F’s On Their Environmental Report Card”

The New York Times: “Lakes Are Born Great, 5 Sniff, So Upstart Is Ousted”